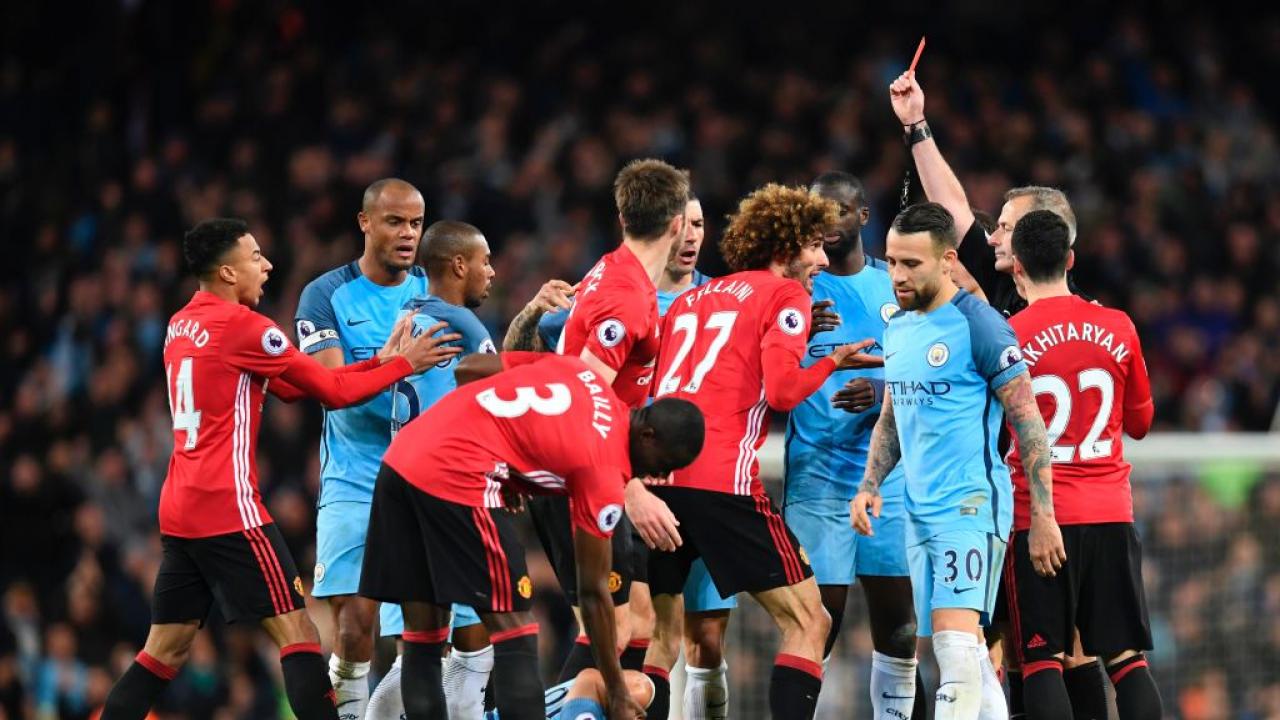 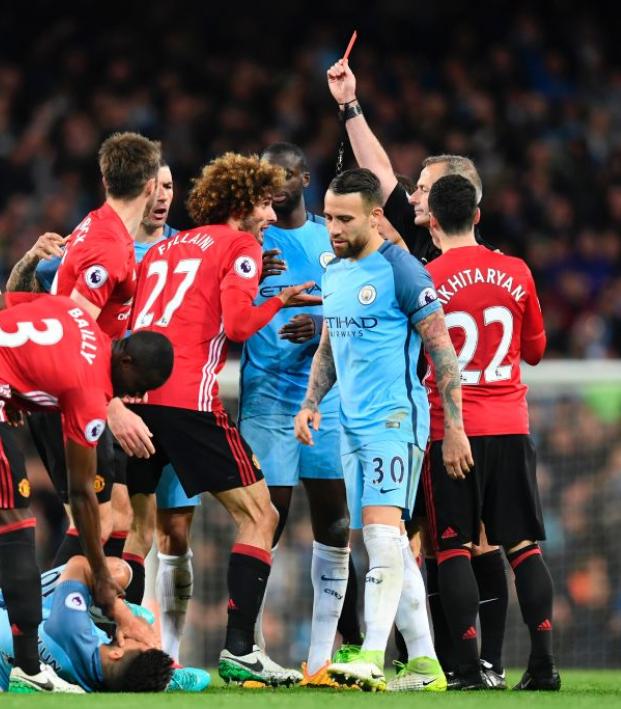 Connor Fleming April 27, 2017
The Manchester derby started with a bang and ended with a tree assaulting a man.

It’s tragic to think about the gross output of the cast of characters in the Manchester derby when bridled with the vast sums of money spent on assembling them. The latest edition of Manchester United vs. Manchester City was a sobering affair that could serve as a harrowing documentary of the wastes of our time.

Leroy Sane £37m, Raheem Sterling £44m, Kevin De Bruyne £55m, Sergio Aguero £38m, Henrikh Mkhitaryan £30m, Anthony Martial £35m, Ander Herrera £29m and Marouane Fellaini £27.5m, and for this? To be fair to City, they were full of endeavor. It’s just that Aguero couldn’t finish and Sterling hit his little Nutter Butter shots that would only just cross the goal line without a 'keeper standing there.

For Jose Mourinho and Manchester United, the question resounds much louder: why? Claudio Bravo almost gifted Mkhitaryan a goal in the first half, and Herrera headed measly wide when given the chance, but, on the whole, this was as abject a display of anti-football as you’ll ever see.

Did Mourinho have his reasons? Sure, he’s admitted that his priority is the Europa League, so it gives him no greater joy than to deliver shit on a stick football to the rest of us. Do United have injury problems? Yes, but a bench with Jesse Lingard, Ashley Young, Wayne Rooney and Luke Shaw isn’t the U-18 team.

So at the Etihad, Mourinho parked the bus. I will not speak of the second half except to say that Fellaini picked up a yellow, screamed at the referee, sprinted off to chase down Aguero, got tangled with him, then head butted him, was given a red and then shook around the pitch for a minute like a giant, lumbering coniferous pine.

In the end, the only winner was Liverpool.

Related: Spare A Thought For Those Whose Lifelong Dream Of Visiting Old Trafford Was Fulfilled This Season