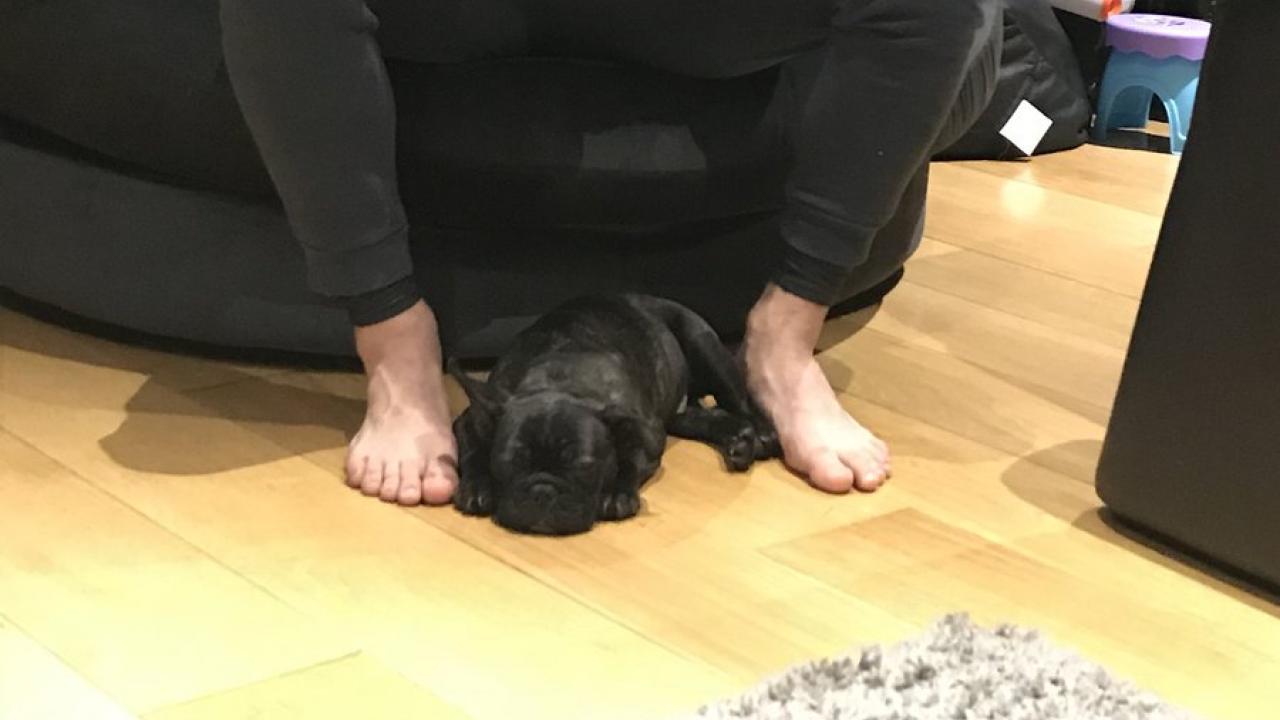 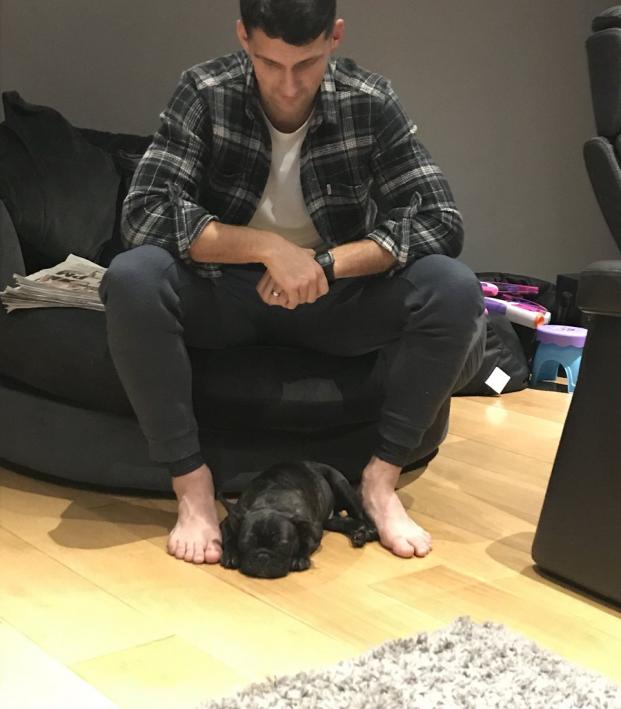 Travis Yoesting January 9, 2018
A hat trick wasn’t enough to get him a dog, but pressure from social media was.

American-born defender Eric Lichaj had a deal with his wife: Score a hat trick and she will finally let him get a dog. The Nottingham Forest defender came oh so close to scoring a hat trick against Arsenal during the FA Cup on Sunday. After Lichaj asked Twitter to bombard his wife with dog memes, she caved. Eric Lichaj finally has a dog.

The Eric Lichaj dog story began well before the FA Cup clash between Arsenal and Nottingham Forest. Lichaj and his wife, Kat, have two daughters and Eric has wanted a family dog for a while now. They came across the deal that if Eric scored a hat trick this season, they could get one.

The problem is, Lichaj is a defender, a right back. Since coming to England during the 2010-11 season, Lichaj had scored five goals. A hat trick seemed beyond him.

But against Arsenal all things are possible. Lichaj found himself totally unmarked on a free kick to head in the first goal of the match and sent Forest ahead again with one of the best goals of the weekend, a volley from the edge of the 18.

Thanks to the @NFFC guys for putting this video together for me  #NFFC pic.twitter.com/jzWvtGbew7

Lichaj was on a hat trick for much of the match, but unfortunately wasn’t given the opportunity to take either of the two penalty kicks his team earned on the way to a 4-2 victory over the defending FA Cup champion.

After the match Lichaj’s deal with his wife became public.

"My wife told me that if I score a hat-trick this year I get a dog, so I was trying to get the penalty..."

Eric Lichaj scored what's sure to be one of the goals of the tournament, but you can't help but feel heartbroken for him with this revelation  pic.twitter.com/z4ACTMRG3c

So on Monday, Lichaj asked Twitter to pressure his wife to let them get a dog, because two goals against Arsenal should be enough, right?

@BBCNottingham she was acting tough on the radio  sooo if anyone is bored on this Monday morning send dog pics, memes, gifs to @KatPerko #getericadog

But Kat would be a tough nut to crack. She’s clearly a cold-hearted woman, as evidenced by this clip of her laughing about kicking a ball into a child’s stomach.

Nonetheless, Twitter came through and the hash tag #GetEricADog was born. Many of Eric’s teammates joined in to convince Kat to adopt a dog.

And my personal favorite:

Because all the cool kids give in to peer pressure, Kat finally caved. Eric tweeted about the newest member of his family on Tuesday afternoon.

Wanted to show everyone the newest member of the Lichaj family.... Gunner. Thank you everyone for for pushing @KatPerko in the right direction! #erichasadog pic.twitter.com/SoTKiYiVMR

While the new hash tag #EricHasADog isn’t as cool as #ErichAsADog, the fact the Lichajs named the new pup Gunner is perfect. Gunnersaurus may be a bit jealous, but it’s a great way to thank Arsene Wenger’s side for allowing him to score two goals and get a dog.

And after all the bad news surrounding U.S. Soccer, from failing domestic leagues and accusations of corruption to exciting young prospects eschewing the U.S. for Mexico, the Eric Lichaj dog story is the small piece of good news that American soccer fans need right now.