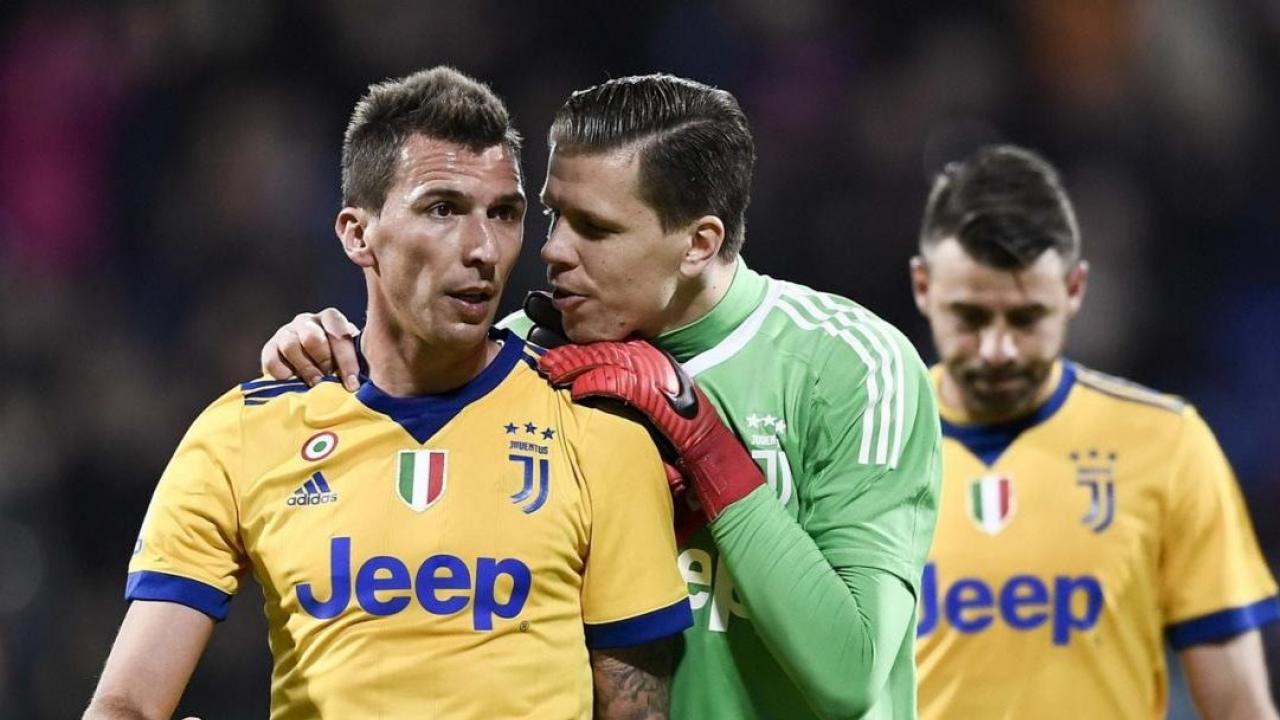 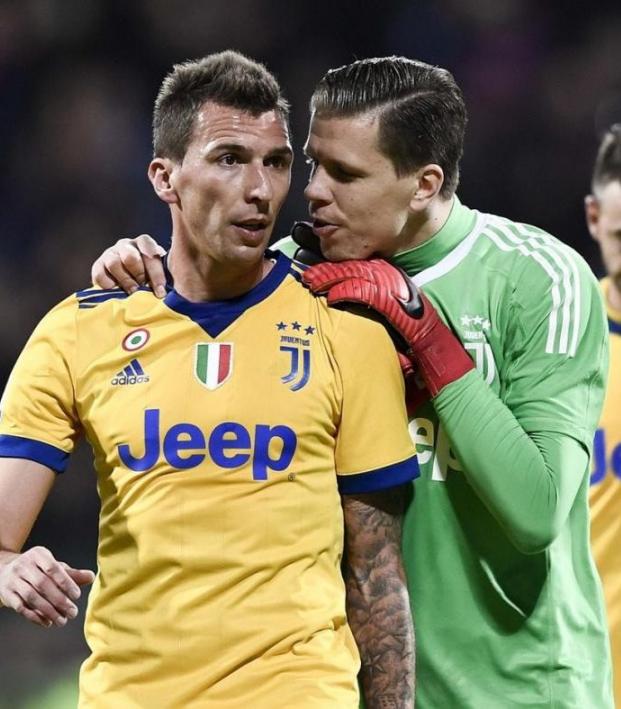 Has Juventus Found Its Buffon Replacement In Wojciech Szczęsny?

Huw Thomas January 8, 2018
As Wojciech Szczęsny replaces Gianluigi Buffon, does the Polish keeper have what it takes to become first choice at Juventus in the future?

How do you replace a man like Gianluigi Buffon? For the past two decades, Buffon has been a mainstay between the posts for both the Italian national team and his club side, Juventus.

During that time, he’s demonstrated remarkable consistency, spending twenty years as one of the best keepers in the world. Even when Juve was relegated in 2006, he stayed with the team. He’s unquestionably a legend of the game. But the end is nigh.

Buffon has been set to retire for a while. We’ve all known this moment was coming and, with the player approaching the age of 40, the end of this season seems to be the grand finale for one of Italian football’s true greats.

But this is not a Buffon hagiography.

For Juventus, the departure of a club legend means a desperate attempt to try to fill Buffon’s considerable boots. After plenty of players have spent time in Buffon’s shadow over the years, Juventus might finally have a player capable of stepping into the role when the inevitable happens: Wojciech Szczęsny.

In recent weeks, the Pole has seized the chance to prove himself. With the first choice Juventus keeper out injured, Szczęsny has already played 900 minutes this season, far more than was expected from a man signed as a backup. In that time, he’s conceded just six goals.

Of these goals, only one has come since Szczęsny’s run of league starts, which has included tricky fixtures against Roma and Inter. Finally, it seems, Juventus has a keeper who is able to fill the huge vacuum left behind when Buffon is not in the team.

On Saturday evening, as Juventus played against Cagliari, Szczęsny’s importance was evident once again. This was a shuffled team, due to injuries and rotation, meaning that the reigning champions had a clear lack of width on the pitch, with Dybala and Bernarderschi (getting a rare start) operating behind Higuain. That meant crosses coming into the box and a Juve defense under pressure.

More importantly, this defense was far from settled. The combination of Buffon, Andrea Barzagli, Leonardo Bonucci, and Giorgio Chiellini was the rock on which this current run of Juventus success was built. Of the three outfield players, one is gone, one is way past his prime and one is riddled with injuries.

Even the wingbacks have found life hard. Dani Alves left after a falling out with the management and Alex Sandro, perhaps unsettled by the summer’s transfer sagas, has found it tough to match the high standards he has set for himself in recent years.

Furthermore, with Buffon having been injured for an extended period of time, the Juventus defense has been reworked over and over again. Rarely is Massimilliano Allegri able to field a first-choice back line.

Against Cagliari, the defense consisted of Barzagli and Sandro at full back with Chiellini and Medhi Benatia in the center. Benatia has started many games in the wake of Bonucci’s departure but he is not nearly in the same league as the Italian. In this game, an elbow lodged in the face of Leonardo Pavoletti meant he could (and perhaps should) have been sent off.

In short, the defensive stability of Juventus has been undermined all year.

Luckily, they have been able to rely on their goalkeeper to get them out of trouble.

Szczęsny’s performance against Cagliari was another reminder of what he is capable of doing on a football pitch. Great reflex saves when faced with close range efforts from Pavoletti and Diego Farias kept the ball out of the net.

These were saves for the highlight reel but it was the keeper’s marshaling of the defense and command of his area that really impressed. In recent years, this is the area where he has improved the most.

Coming through the Arsenal academy, Szczęsny found himself in the team at a very young age. With competition from Manuel Almunia, Łukasz Fabiański and a re-signed Jens Lehmann, he was thrown in at the deep end, at age 20, a time when most keepers are still learning their trade.

He became the first-choice keeper relatively quickly after making his first Premier League start, a 1-0 loss against Manchester United. But it was not all plain sailing from there. For Arsenal, his confidence and great reflexes were a marked changed from the calamities of Almunia.

Perhaps the most unforgettable clanger came in the League Cup final. In Arsenal’s first chance to win a trophy since moving to the Emirates Stadium, the match against Birmingham City should have been easy. But it was not. A last-minute blunder allowed Obafemi Martins to slip in, steal the ball and slot home to win the game for the Blues. It was a catastrophe.

Similar problems occurred throughout his time in England. Always prone to an error, always a hair’s breadth away from making a foolish mistake, Szczęsny eventually lost the trust of Arsene Wenger, who brought in the experienced Petr Cech.

But that’s not to say that Szczęsny was not well liked in North London. Having come through the academy, he was well in tune with the club’s fan base. His Polish/Islington mash-up accent was a frequent and familiar presence in the club’s promotional videos.

Repeated victories over Tottenham Hotspurs helped solidify this bond with the fans, as did a vital penalty save against Udinese in a Champions League qualifier and his role in a classic 2-1 victory over Barcelona. A big personality, the fans loved him, even if he was far from the best keeper in the league.

Szczęsny’s time in the Premier League fizzled out. Repeated red cards, silly mistakes, and — ultimately — a disastrous game against Southampton and accusations of enjoying a post-match cigarette in the dressing room showers put paid to his time at Arsenal. He was sent on loan to Roma, spending two years in Serie A.

At the time, headlines such as “Wojciech Szczęsny replaces Buffon” seemed unthinkable.

During those two years, Szczęsny demonstrated a remarkable improvement. Not necessarily in his reflexes and shot-stopping abilities, but in his assuredness and authority. There’s no doubt that he’s grown up in Italy. After two seasons, he fought his way into becoming first choice for Roma and earned himself a transfer to Juventus.

To many people, Szczęsny was just the next pretender to the throne. Many keepers have come and gone from Juventus over the years, most of them arriving amid suggestions that they could be the long-term replacement for Buffon. Neto, Alex Manniger and Marco Storari have all served as deputy in recent seasons. But only Szczęsny has ever looked truly capable of taking over from the greatest keeper in the club’s history.

This might be why Allegri recently described Szczęsny as the “heir” to Buffon. Fielding questions about Milan’s Gianluigi Donnarumma and a possible transfer to Juventus, the manager backed his current starting keeper. Given their respective performances in the league right now, it would be difficult to rank Szczęsny below Donnarumma.

While the young Italian might be a star of the future, the Polish keeper is among the best in the league right now. Having secured the victory against Cagliari on Saturday night and seemingly ready to start for the next run of games, we may already be looking at the next first-choice Juventus keeper. Five years ago, this would have been thought of as ridiculous.

However, Szczęsny is seizing his chance and proving himself a capable replacement. When the time comes to replace Buffon, Juventus might not have to look too hard. The obvious answer may already on the pitch.