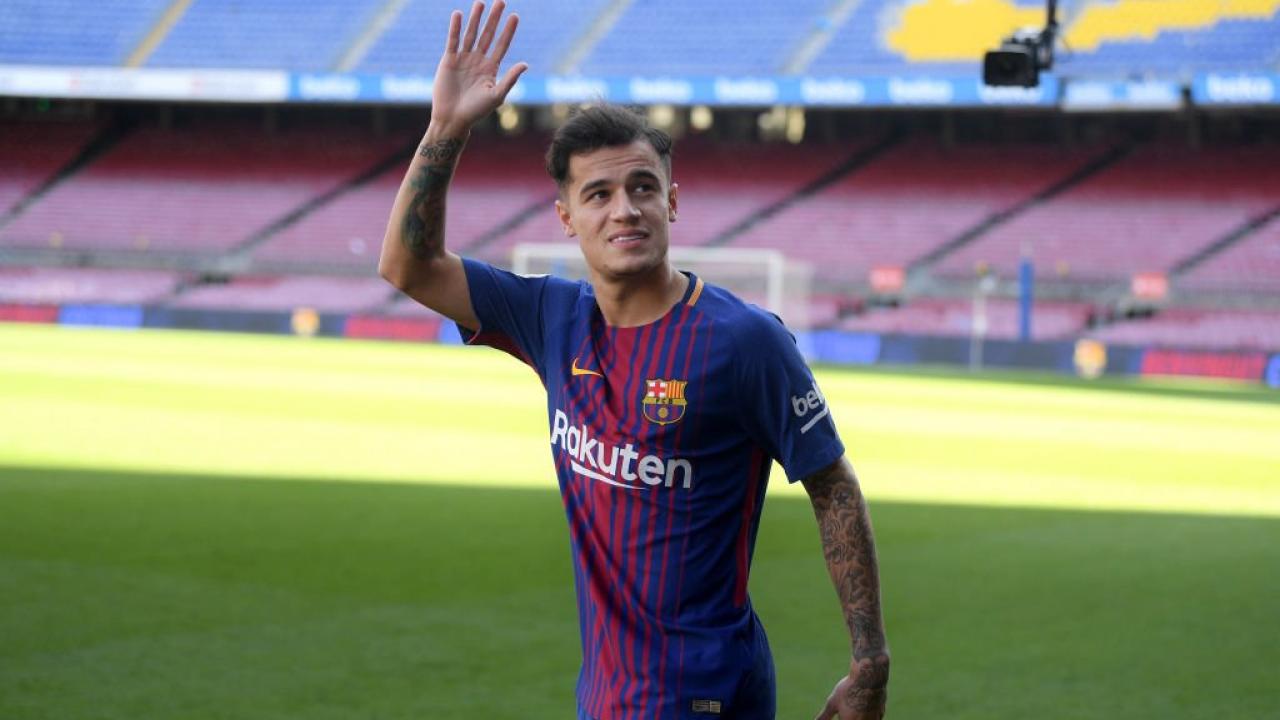 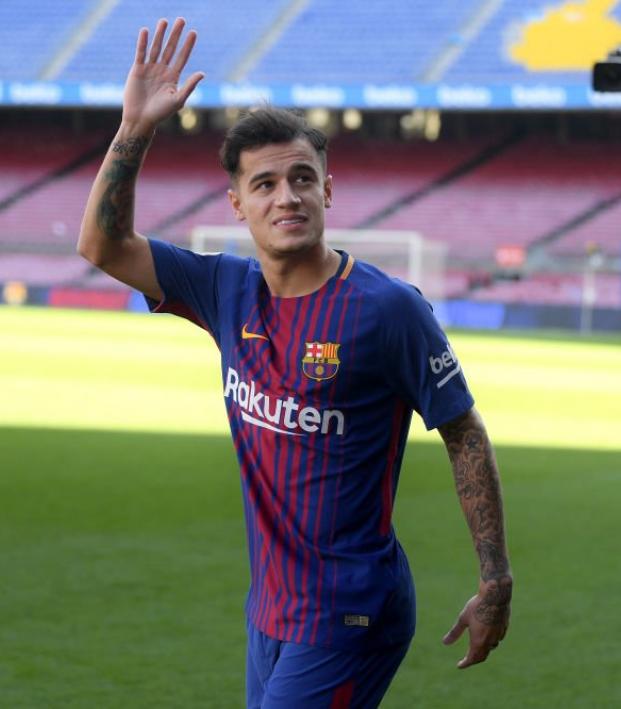 Connor Fleming January 8, 2018
Philippe Coutinho was officially unveiled as a Barca player, but fans will have to wait to see the Brazilian in action.

Philippe Coutinho’s official presentation as a Barcelona player took place at the Camp Nou today with the world’s second-most expensive footballer of all-time going through the usual rigamarole, only with the price tag of $192.7 million attached to him. However, the club did confirm that Coutinho’s thigh complaint wasn’t just a ploy to never play for Liverpool again, and he’ll miss three weeks before making his Blaugrana bow.

According to the club’s timeline, he’ll certainly miss Thursday’s Copa del Rey fixture against Celta Vigo, as well as La Liga travels to Real Sociedad (Jan. 14) and Real Betis (Jan. 21). He could play some part against Alaves on Jan. 28, while a debut in the derbi barceloní vs. Espanyol on Feb. 4 would be tasty.

But today was all about the present — it was #CoutinhoDay after all. You could’ve mistaken the little guy as another tourist hugely enjoying the Camp Nou Experience, but you’d have been hugely mistaken and probably taken for an idiot had you not realized that here was the Little Magician, the 25-year-old who’s become one of the finest footballers on the planet for both club and country over the last two years.

Just a lil' guy being funny at the Camp Nou. Photo: @FCBarcelona | Twitter

Not that Barcelona staff would’ve let you get close to their $192M asset. They would’ve sicked Andre Gomes on you.

Here’s Coutinho doing all the presentation things on #CoutinhoDay. Here he is doing the physical, where doctors revealed that he has a slight case of shitty thigh.

Here he is signing something that’s probably not actually his contract but this feels momentous so suspend your disbelief.

"Do I write in cursive or just normal?" Photo: @FCBarcelona | Twitter

And here’s the infamous juggling session! There’s nothing better than having 7,000 people watch you play keepy-uppy.

And here he is, the full kit wanker tourist at the Camp Nou.

"The club shop was open for business!" Photo: @SquawkaNews | Twitter

"I'm living a dream,” said Coutinho. “Thanks to everyone for coming. It's a dream for all the players who have been here and those who are here now. It's hard to explain, but all my family are here to live this dream. I want to give thanks for my reception and I hope that soon I'll be on the pitch to live up to the expectations.

"I would like to thank all the Liverpool fans, all the staff and all the players for the years I lived there. For sure, I gave everything I could. Unfortunately we couldn't win, but I lived five years, my family was very happy there, so I would like to thank them and wish them all the best."