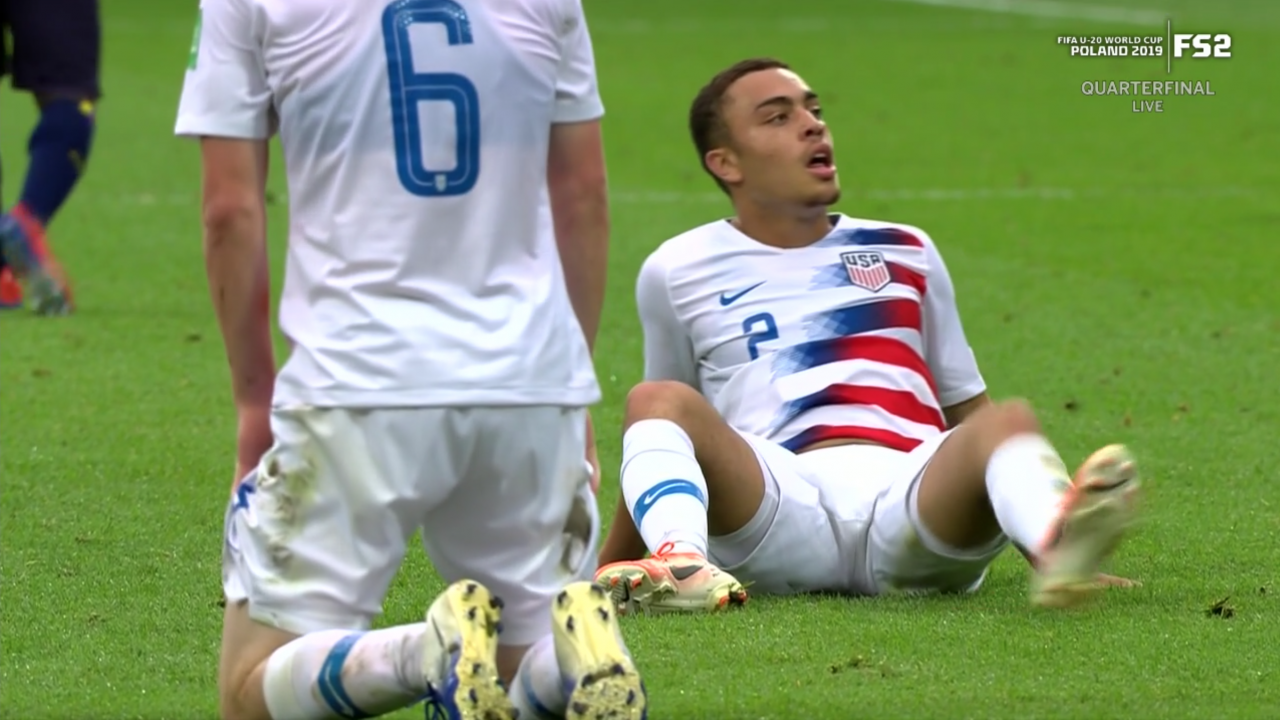 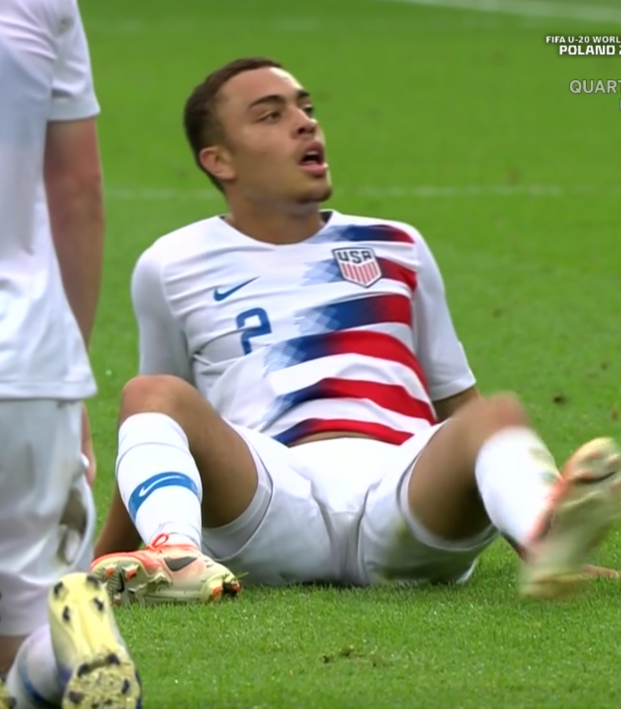 Travis Yoesting June 8, 2019
After taking down tournament-favorite France, the USMNT couldn’t get past Ecuador in the U-20 World Cup quarterfinals.

After pulling off one of the upsets of the tournament, the USMNT U-20 squad’s run in the 2019 U-20 World Cup came to an end with a 2-1 loss to Ecuador on Saturday in Poland.

The Concacaf champions beat France in the Round of 16 to knock one of the favorites out of the tournament, but the CONMEBOL champions proved too much for the Baby Yanks.

José Cifuentas scored a magnificent first-half goal and although the U.S. briefly equalized, a goal narrowly awarded by VAR in the 43rd minute was enough to send Ecuador to the semifinals.

La Tricolor took the lead in the 30th minute off a cracking rip from Cifuentes. It was a great shot, but you feel the U.S. defense could’ve done better to close down on the shooter.

The U.S. didn’t stay down long. Showing the same sort of grit displayed in the 3-2 comeback win over France, the USMNT U-20 put forth its best period of the match. Alex Mendez came close with a free kick before a corner resulted in the equalizer for the Americans.

The goal was the result of a fortunate bounce, but Tim Weah’s technique with this weaker foot was stellar and gave Ecuador keeper Wellington Ramírez no chance.

But the U.S. went into the break down 2-1 after captain Jhon Espinoza put Ecuador back in front right before halftime. USMNT keeper David Ochoa looked like he was certain Espinoza was offside, but VAR confirmed the goal. (It was the right call.)

The second half was full of attacking intent from both sides, with Sebastian Soto coming closest for the U.S. Ecuador struck the post and Ochoa had to make a couple big saves to keep the U.S. in it.

Ecuador held on in the end despite maintaining just 41 percent of the possession.

The USMNT U-20 squad was perhaps the most talented it’s ever been, so more might’ve been expected from Tab Ramos’ side. Weah showed moments, but didn’t take over like you’d hope a PSG/Celtic forward would. Players like Soto, Paxton Pomykal and Chris Gloster showed they’re talents that could move up to the senior national team, but they didn’t provide enough against Ecuador when it mattered most.

It should be said: Ecuador deserved the win. La Tricolor finished third in Group A behind Italy and Japan (and ahead of Mexico) before beating Uruguay 3-1 in the Round of 16. They will now play either South Korea or Senegal in the semifinals. The other semi will pit Italy against Ukraine, the team that topped the USMNT U-20's group.