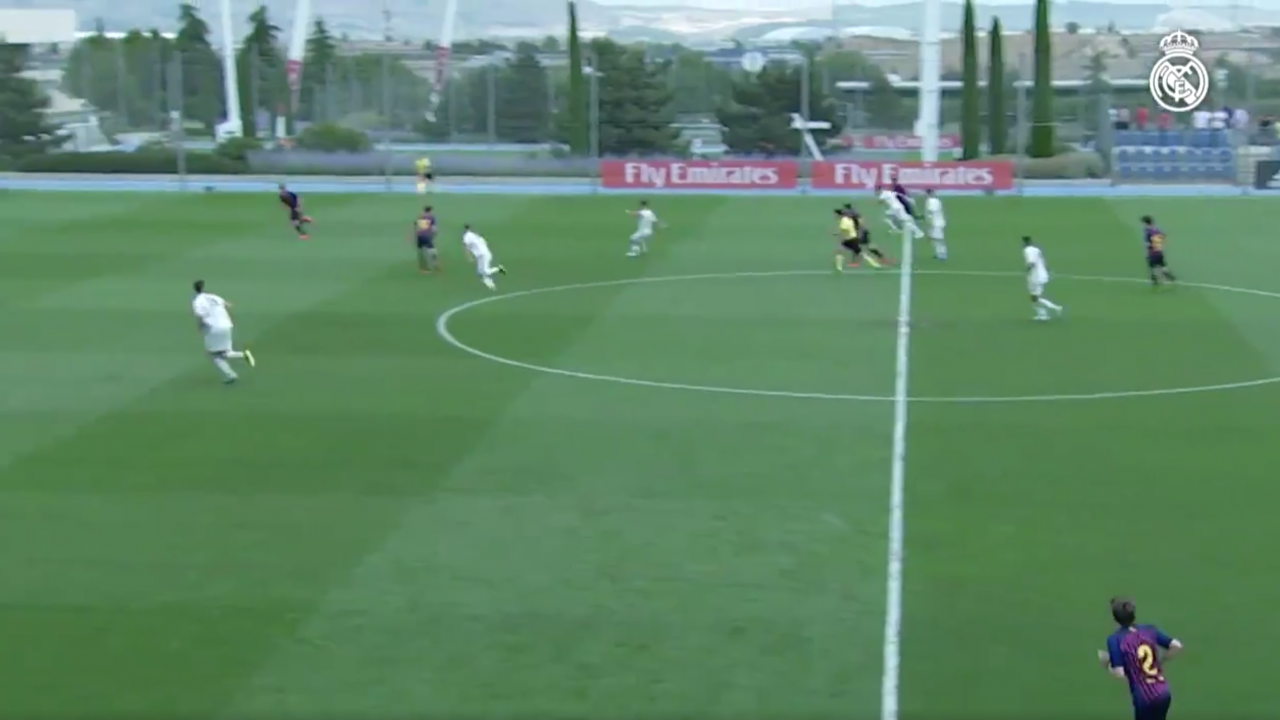 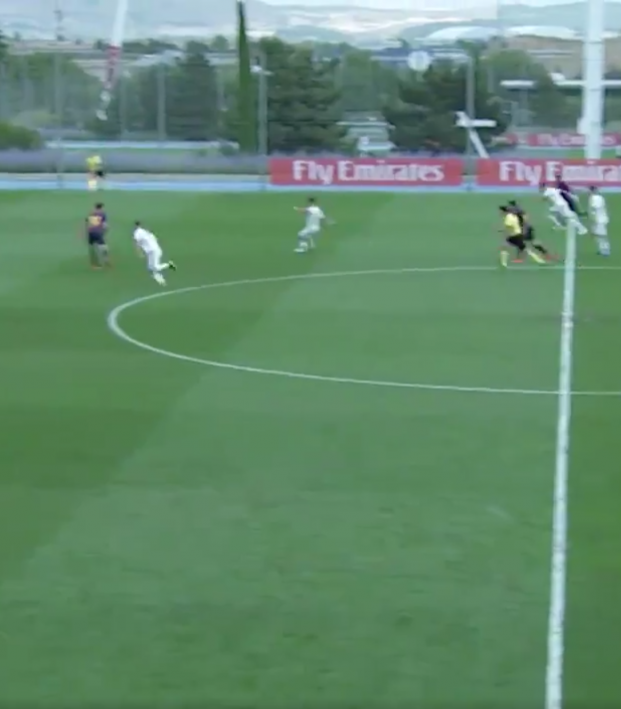 Travis Yoesting June 8, 2019
Antonio Blanco blasted a shot from near the center circle in a youth El Clasico.

Scoring on your rival? Awesome.

Scoring on your rival in a knockout tournament? Awesomer.

Scoring on your rival with a goal from midfield? Awesomest.

Antonio Blanco ripped a shot from 45 yards in a 1-1 draw with Barcelona on Saturday, advancing Real Madrid 3-1 on aggregate into the Copa del Rey Juvenil semifinals.

Blanco’s equalizing goal came with the match in the balance. Barcelona attempted to cross midfield only for the Madrid player to steal the ball, take one touch and blast a long-range effort over the Barça keeper.

While this isn’t exactly the senior-level El Clasico, every Real Madrid-Barcelona match is big. And Antonio Blanco, an 18-year-old midfielder, certainly has the name to become a star for Los Blancos.

Advancing to the semifinal past Barcelona means Real Madrid has a chance to pull one back in the ranking of most Copa del Rey Juvenil championships. Barça leads with 18 (though none since 2011) while Real is second with 13 (most recently in 2017). Atletico Madrid is the defending champion.