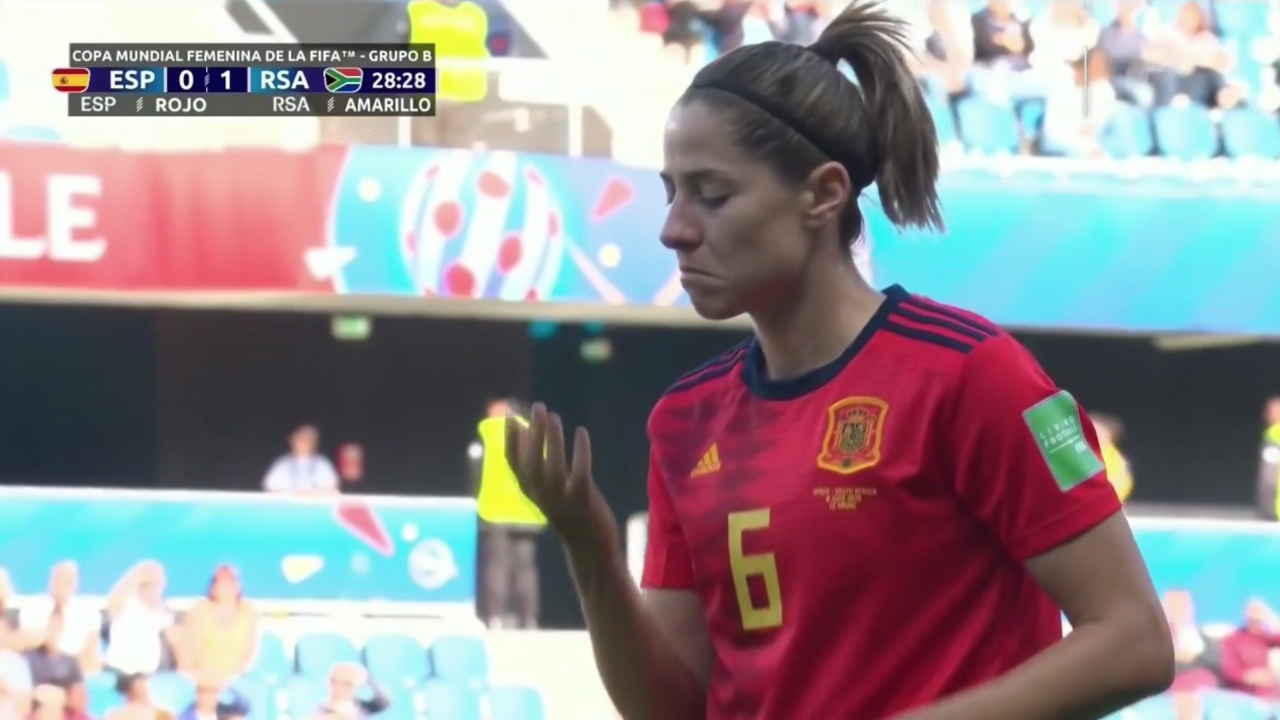 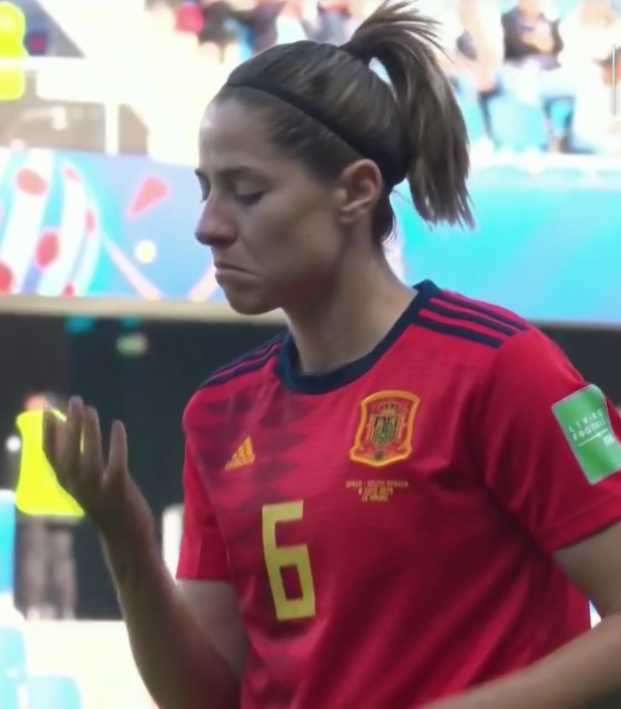 Travis Yoesting June 8, 2019
Losado took a blast to the face but quickly shook it off and returned to play without needing medical attention.

What hurts more, a man getting kicked in the crotch or a woman giving birth?

It’s a question that is just about impossible to answer accurately. Determining pain thresholds for men compared to women is about as easy to do as herding cats, and it’s an issue scientists for decades have struggled to even appropriately consider.

But when it comes to soccer players, it certainly seems as though female footballers have a higher pain tolerance than their male counterparts.

Case in point: Vicky Losado during Spain’s 3-1 win over South Africa in the Women’s World Cup on Saturday.

Losado, a 28-year-old Barcelona midfielder, was the victim of a ball being kicked right into her face from point-blank range. Instead of rolling around on the pitch and begging for assistance as just about every men’s player seems to want to do these days, Losado took a second to regroup, checked to make sure she wasn’t bleeding and stood up to continue play, turning down any help from the medical staff.

Losado was subbed out at halftime, but it was a tactical decision from Spain as coach Jorge Vilda made a double switch at the break. It turned out to be the right decision as La Roja turned a 1-0 halftime deficit into a 3-1 win, their first ever at the Women’s World Cup.

But with all due respect to Vicky Losado and Spain, Saturday’s match was all about South Africa making its debut in the Women’s World Cup.

The Banyana Banyana arrived, as they do, in style before the match and continued that through the match.

Although Spain dominated possession, it was the South Africans who went ahead when Thembi Kgatlana scored the goal of the tournament thus far. Kgatlana, who played for the Houston Dash last year, chipped Sandra Paños in goal with a perfectly placed shot in the 25th minute. It was completely against the run of play, but South Africans didn’t care.

Trailing at halftime, Spain stormed back in the second half, aided by two penalty calls.

In the 70th minute, South Africa captain Janine Van Wyk, another former Dash player, was whistled for a hand ball in the box, setting up the first of two spot kicks converted by Jennifer Hermoso.

About 13 minutes later, Hermoso scored on another penalty kick.

This time, Nothando Vilakazi was adjudged to have fouled Lucía García in the box. It was a tight decision, but the VAR determined it was worthy of a PK and Vilakazi was sent off for a second yellow card.

Spain capitalized on the man advantage with a late goal from García. The 20-year-old was composed in front of goal to not just clinch La Roja’s first Women’s World Cup victory but take first place in Group B on goal differential over Germany.

The final score was harsh on South Africa, which played well and couldn’t seem to catch a break. Spain deserved the win, but it’ll have to step up its game if it wants to keep winning against Germany (June 12) and China (June 17).

So, after the first round of matches in Group B...