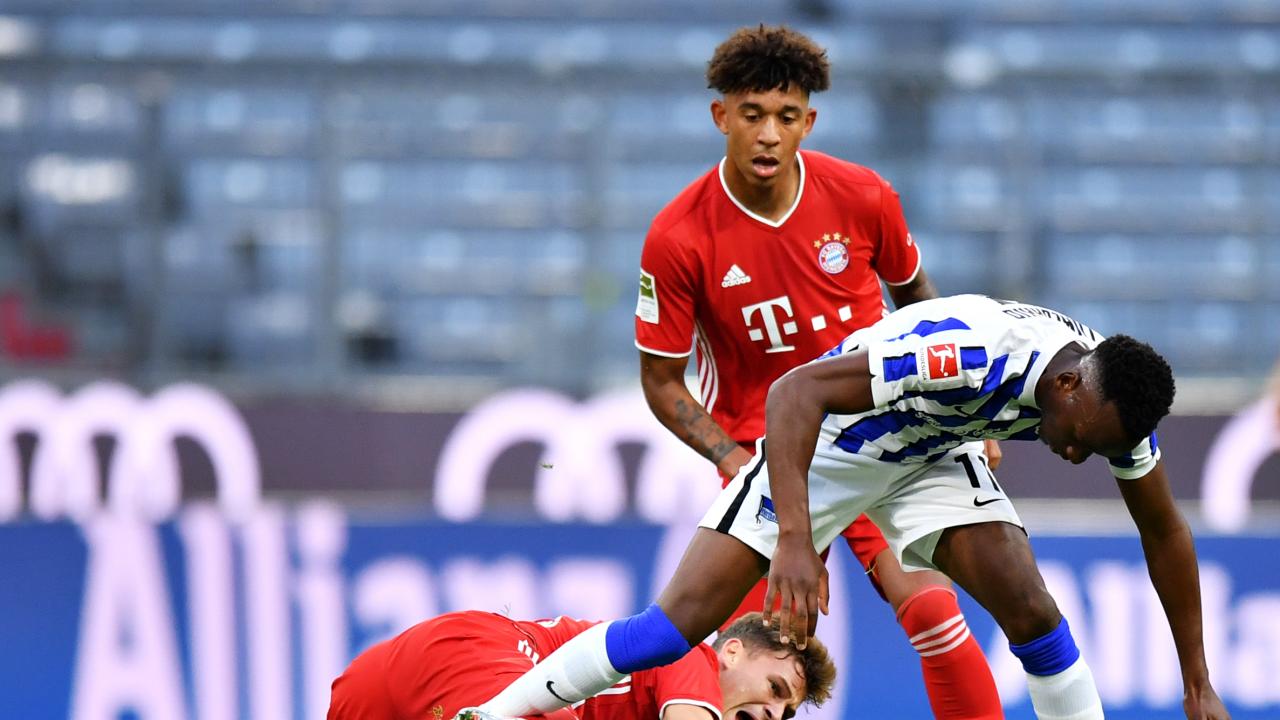 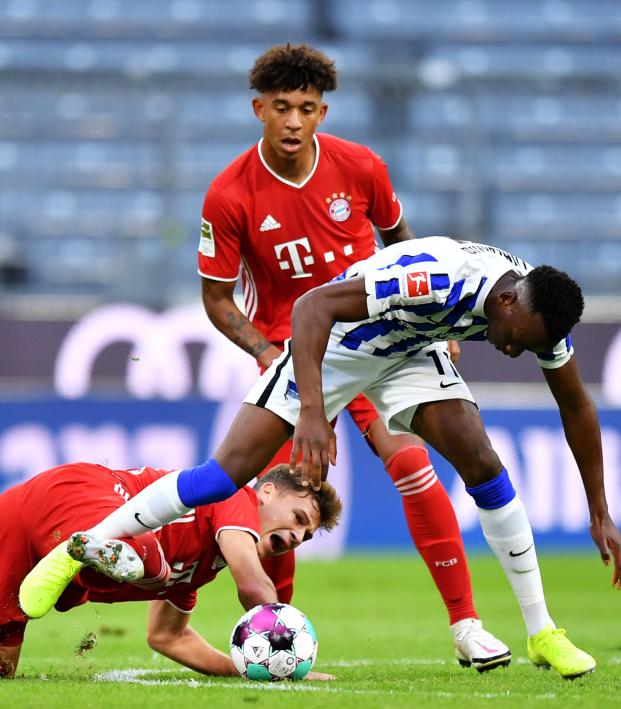 Bayern Munich's Robert Lewandowski scored four goals including a stoppage-time penalty to give the German champions a 4-3 home win over Hertha Berlin in a pulsating Bundesliga clash at the Allianz Arena on Sunday.

The result left Bayern fourth in the standings on six points from three games, one behind the top three led by Leipzig on goal difference, while Hertha slipped to 13th on four points.

Lewandowski fired Bayern into a 2-0 lead with two trademark goals before the visitors hit back through Jhon Cordoba and Matheus Cunha to set up a frantic climax.

Lewandowski has now scored 100 goals in the Bundesliga for Bayern Munich at home pic.twitter.com/NGBf2GpvGR

Hertha Berlin come back to tie it 2-2 against Bayern Munich pic.twitter.com/fHG2OzdsOP

Lewandowski restored Bayern's lead with a close-range finish in the 85th minute but the game seemed to be heading for a draw after substitute Jessic Ngankam leveled three minutes later with his first touch of the ball.

LEWANDOWSKI WITH THE HAT TRICK pic.twitter.com/EGWAh94pTx

Bayern and their talismanic Polish striker had the last laugh, though, as he steered his spot-kick into the bottom left corner past goalkeeper Alexander Schwolow after he was hauled down by Maximilian Mittelstaedt.