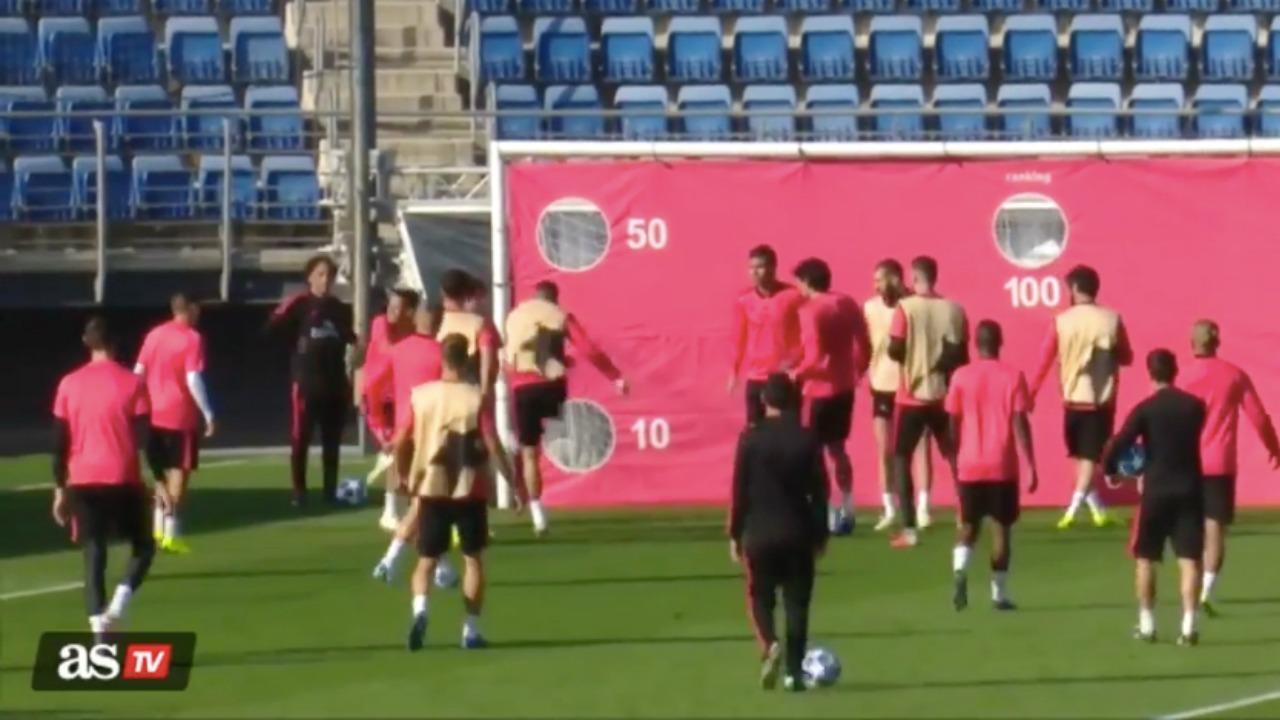 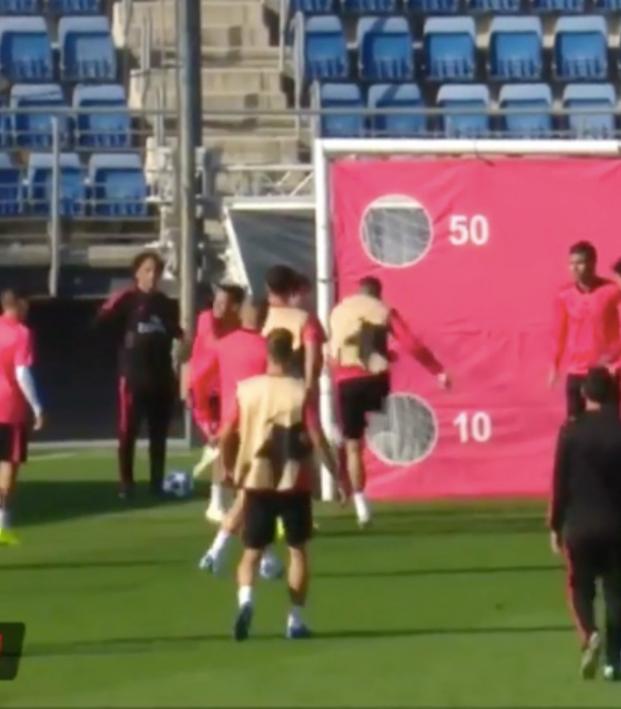 Sergio Ramos Gets Pissed At Teammate, Punts Ball At Him From Yard Away

With Real Madrid mired in a five-match winless streak and displaying historic levels of ineptitude at the attacking end, manager Julen Lopetegui is being framed as a dead man walking. However, that didn’t stop captain Sergio Ramos from recently voicing his support for the coach, saying, “We’re with the manager to the death.”

And death did indeed visit the Ciudad Real Madrid practice facilities today, but when it came, it came for 21-year-old left back Sergio Reguilón. The personification of death was of course Ramos, who took offense with Reguilón’s actions during a training exercise (the young defender appeared to inadvertently catch him with an elbow to the nose) and proceeded to punt the ball at him from a yard away.

Ramos then did a little walking, a little jawing and kicked another one at him. Training ground scuffles are nothing untoward (let’s be honest, Diego Costa is probably ripping balls at Atletico’s youth team as we speak), but this is up there when it comes to extreme pettiness.

And as has been the continuation of a trend this past week (going back to Ramos correctly pointing out that an “incident” with Raheem Sterling actually wasn’t an incident at all), the Real skipper took to Twitter to clear the air, and Reguilón did as well.

See? All’s well with Real! Except for the league table…