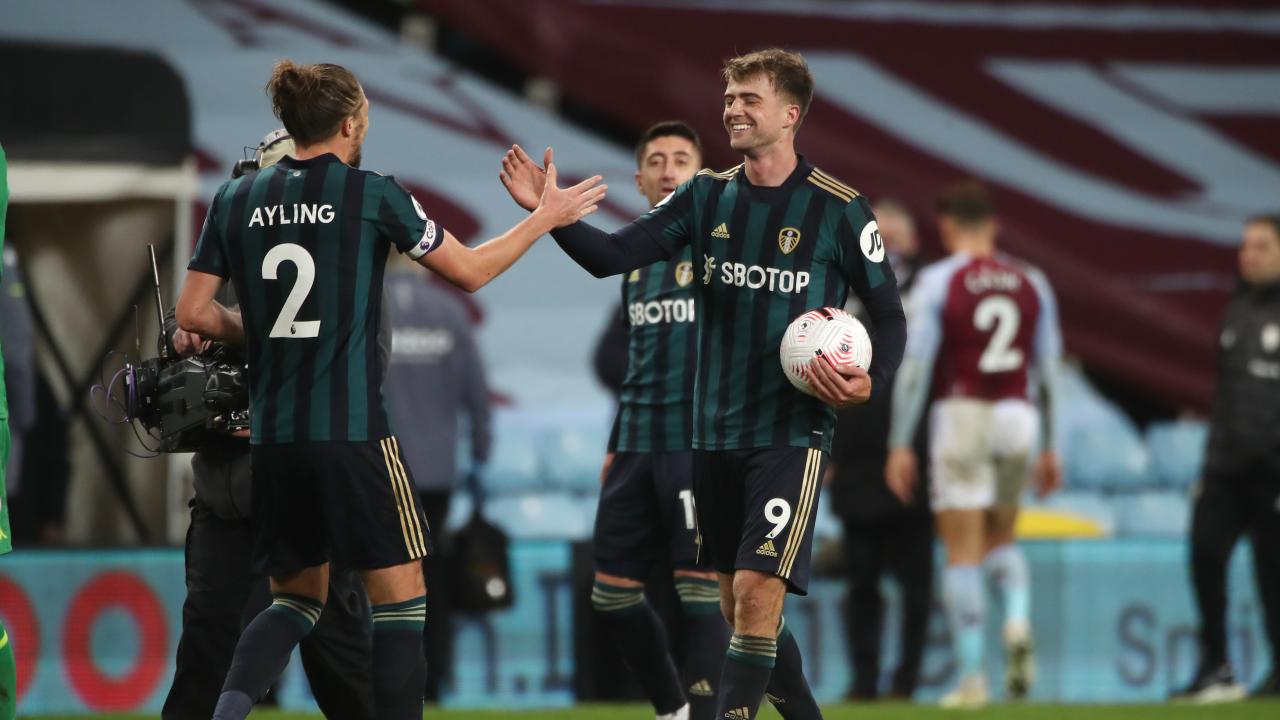 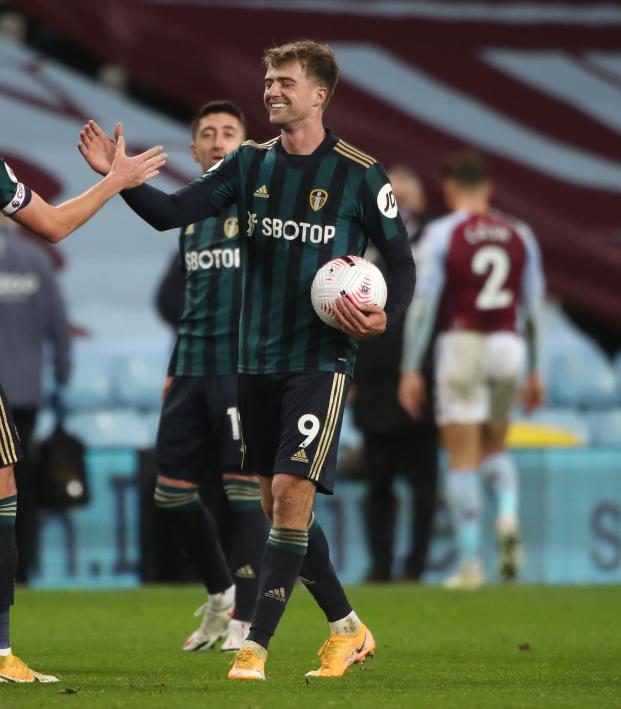 BIRMINGHAM, England — Leeds United's Patrick Bamford scored a second-half hat trick as they brought Aston Villa's 100% start to the season to an abrupt end with a 3-0 away victory in the Premier League on Friday.

The win moves Leeds up to third on 10 points, albeit having played an extra game, two points behind Villa, while leaders Everton, who have 13 points, are at Southampton on Sunday.

An entertaining but goalless first half at Villa Park saw the home side's England midfielder Jack Grealish go closest when his effort was cleared off the line by Luke Ayling.

Grealish then almost scored a stunning opener in the 52nd minute, running from the halfway line and jinking into the box before his shot was well saved by Leeds keeper Illan Meslier.

Three minutes later though Villa found themselves behind when a Rodrigo shot was pushed out by Emiliano Martinez and Bamford pounced to slot home the loose ball.

Bamford made it 2-0 with a fine shot from the edge of the area in the 67th minute after a strong burst from midfield by Mateusz Klich had put Villa's defence on the back foot.

The Leeds striker then completed the hat trick, his smart footwork creating just enough space for a precise, curling finish after 74 minutes for his first Premier League treble.

Bamford has six goals in six games, having managed just one in the top flight in his previous 27 with his former clubs.

"I don't count the first lot of Premier League games I played because I was always playing a few minutes off the bench," said Bamford, who praised Leeds boss Marcelo Bielsa for his prolific form.

"This time I have a manager who believes in me and as long as I keep working hard he will keep trusting me.

"(The hat-trick) is a dream come true. When the third went in it was elation. A big moment for me," he added.

Villa's last home game saw them thrash champions Liverpool 7-2 and manager Dean Smith was disappointed with how his side had reacted to going behind against Leeds.

"They scored the first goal and we got worse and they were very good. We probably got away with a 3-0 in the end with the chances they had," he said.

"Who knows what would have happened if we had scored? That is the first time we have been behind in a game and we didn't handle it very well," added Smith.