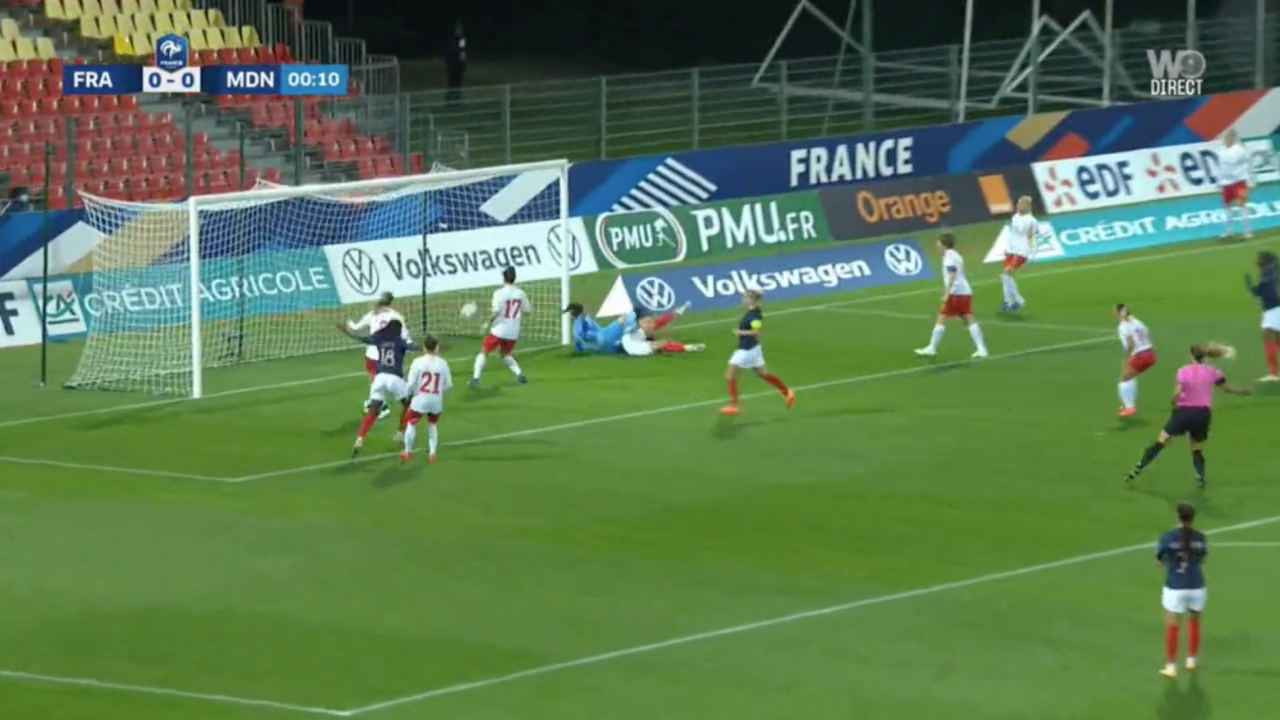 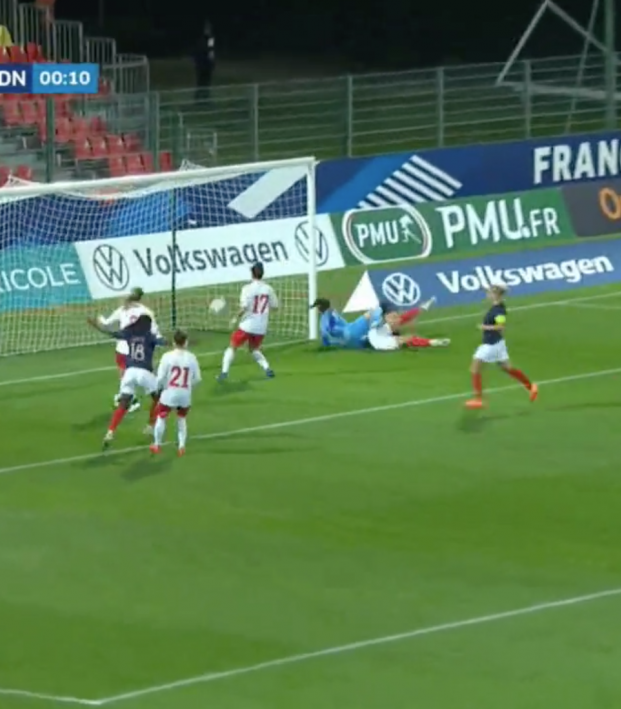 Travis Yoesting October 23, 2020
The French women obliterated North Macedonia from the first touch, including what’s believed to be a world record.

Outside of the USWNT, no nation has the qualify of offensive firepower available to the French national team. And France just broke a record that not even Alex Morgan and the Americans can top.

Even without Amandine Henry, a surprise exclusion from the France squad during this international break, France obliterated North Macedonia 11-0 on Friday in Women’s Euro qualifying. Not only did the Les Bleues dominated straight from the opening whistle, they scored mere seconds after the first kick.

France kicked off the first half and played a long ball into the corner. Élisa de Almeida latched onto the ball and whipped in a cross for her Montpellier teammate Valérie Gauvin to head home. From start to finish it took just under 11 seconds to score the game’s opening goal.

The goal is a record for the French national team. Previously the fastest goal was 24 seconds by Elise Bussaglia against Bulgaria in 2013.

It’s also believed to be a record for a women’s international match. Simone Magill scored for Northern Ireland against Georgia in 2016 in 11 seconds, though better stopwatches than mine will be required to sort out who owns the official record.

As far as we can tell, the fastest goal scored in any women’s soccer match was put in by Yael Averbuch for North Carolina in a win over Yale. That goal went in after 3.9 seconds. The fastest goal in USWNT history belongs to Alex Morgan, who scored 12 seconds into a match against Costa Rica in 2016.

The fastest men’s international goal was scored by Lukas Podolski, six seconds into a friendly against Ecuador. Then we get into the fastest goals in any match anywhere, which are hard to even fathom. According to unofficial lists, six goals have been scored in three seconds or less, with the fastest coming in 2.1 seconds. That one was hit by Gavin Stokes of Maryhill in a junior non-league game in Scotland.

Anyway, France crushed North Macedonia, with some nice goals along the way. My favorite was another Montpellier fullback, Sakina Karchaoui, leaving her poor defender on the floor before setting up de Almeida to make it 4-0 before halftime.

Or if scissor kicks are more your style, how about Viviane Asseyi pulling off this acrobatic strike to make it 6-0?

The win ensures France of a top-two finish in Group D. First place is guaranteed a spot in the Euros while the top three group runners-up qualify and the remaining runners-up are slotted into a six-team playoff for the final three berths.

And for good measure, here’s a stunning strike from Spain’s Patri Guijarro as she helped her country beat the Czech Republic 4-0.

Spain leads Group D and is in strong position to qualify. Only England (automatic berth as host), Germany and the Netherlands have already clinched berths to the 2021 Euros, which will be held in 2022 because of Covid-19.