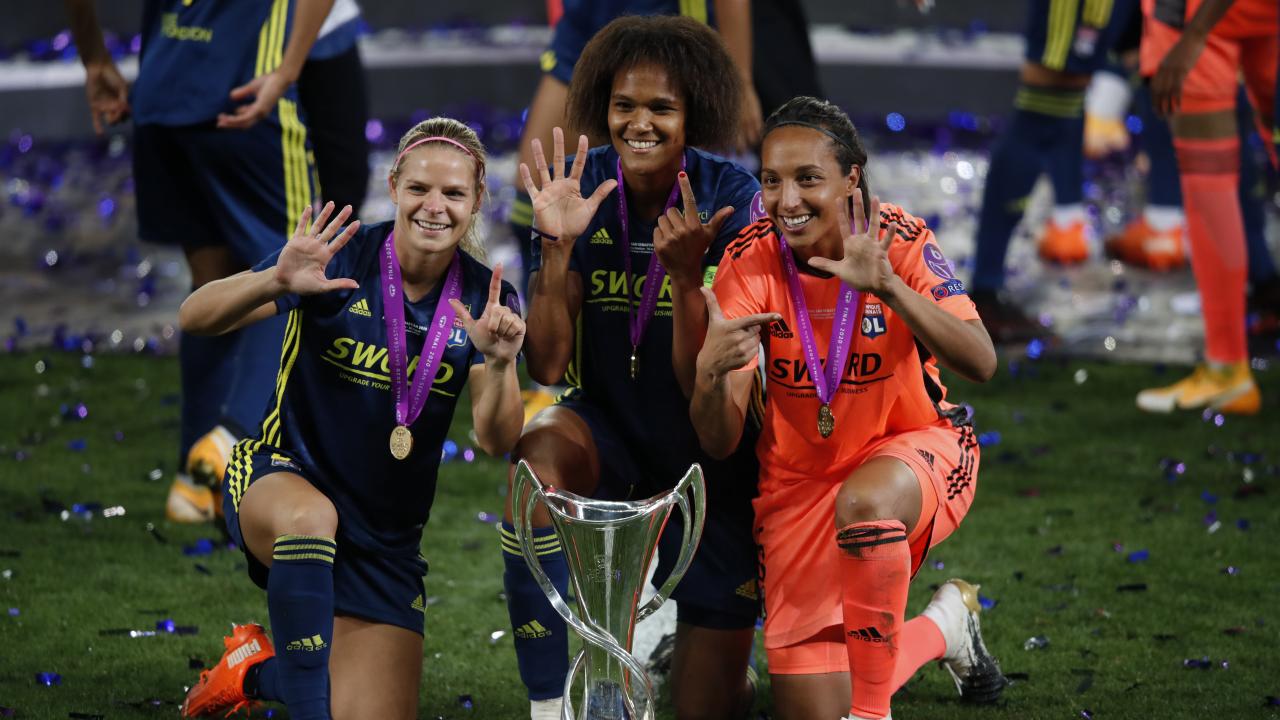 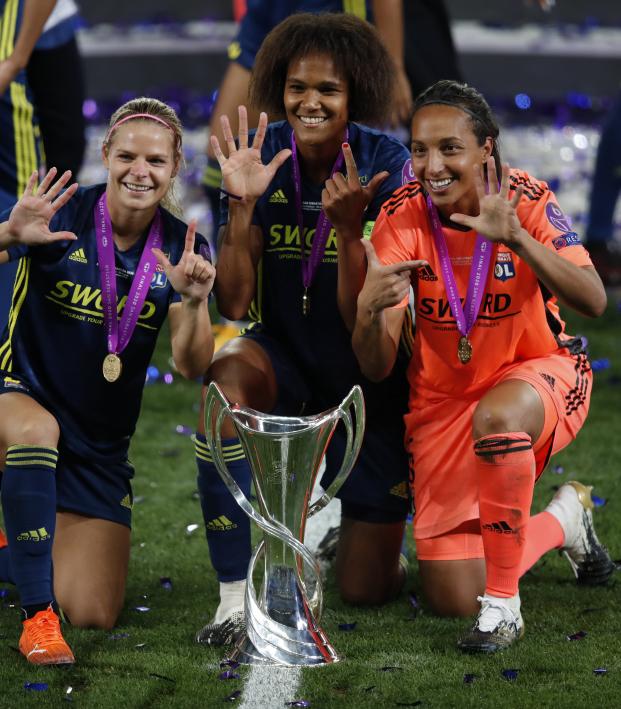 Lyon secured its fifth straight Champions League title on Sunday after an entertaining 3-1 win over Wolfsburg to cement its place as the greatest dynasty in the history of the women's club game.

With seven titles overall, no team comes close to matching Lyon’s total (Frankfurt has four), and it says everything about the club's European dominance of late that all those victories have been recorded over the past 10 seasons.

Accordingly, the list of the players with the most women's Champions League titles to their name is a cohort of Lyon stars that’ve been there since the team’s first success back in 2011: goalkeeper Sarah Bouhaddi, forward Eugénie Le Sommer, midfielder Amel Majri and defender Wendie Renard.

All four of them started in Sunday’s final.

It was the 31-year-old Le Sommer — back in the starting lineup after Nikita Parris was sent off in the semifinal – who opened the scoring for Lyon in the 25th minute.

Goal Le Sommer!@OLfeminin with a much-earned opening goal and they are one step closer to their 5th straight title. pic.twitter.com/LIq18PYJc9

She now has the fourth-most goals in the history of the competition — one more than legendary Brazil striker Marta.

With her first-half goal, Eugénie Le Sommer has gone ahead of legendary Brazilian forward Marta as fourth outright top goalscorer in the competition #UWCLfinal #UWCL pic.twitter.com/kfM0ysVdX1

At six feet two inches, Wendie Renard is an immense presence in both Lyon's defense and attack. The center back finished joint-fourth in scoring during the knockout rounds with five goals, including a towering header in the semifinal victory over PSG.

The flying header finally breaks the deadlock here in the semifinal. pic.twitter.com/vd4MtcRUjt

And while she’s an obvious aerial threat, she’s also the player that Lyon first looks to when building out from the back. Renard also anchored a defense that gave up only three goals in seven UWCL matches this season, as well as only four goals in 16 Division 1 Féminine games.

Which brings us to the keeper, Sarah Bouhaddi. The 33-year-old has one of the most interesting jobs in football in that the team in front of her is utterly dominant. In 16 domestic league games this season, Bouhaddi kept 14 clean sheets.

According to the UEFA website, Bouhaddi played every minute of Lyon’s Champions League campaign this season while averaging just 1.4 saves per game. In the final, Wolfsburg’s only shot on target ended up in the back of the net.

Sometimes it seems like she’s creating a bit of excitement for herself when rushing off her line or performing intricate footwork with the ball — or scoring Champions League-winning penalties — but there’ll never be a more decorated club keeper.

And while all these players have now won the UWCL seven times, it’s worth remembering that Amel Majri is still only 27! (Although she was an unused substitute during the 2011 final.)

There’s nothing that can be said about her left foot that can’t be summed up by this game-winning free kick against Bayern Munich in the quarterfinals back on August 22.

imagine having to defend a free kick from that range and seeing both amel majri and dzsenifer marozsan stood over the ball pic.twitter.com/UoTlfKyfcj

On the men’s side, only one player has ever won the tournament six times — Real Madrid’s Francisco Gento between 1956 and 1966. Nine players have won the tournament five times, including Cristiano Ronaldo, Paolo Maldini and Alfredo Di Stéfano.