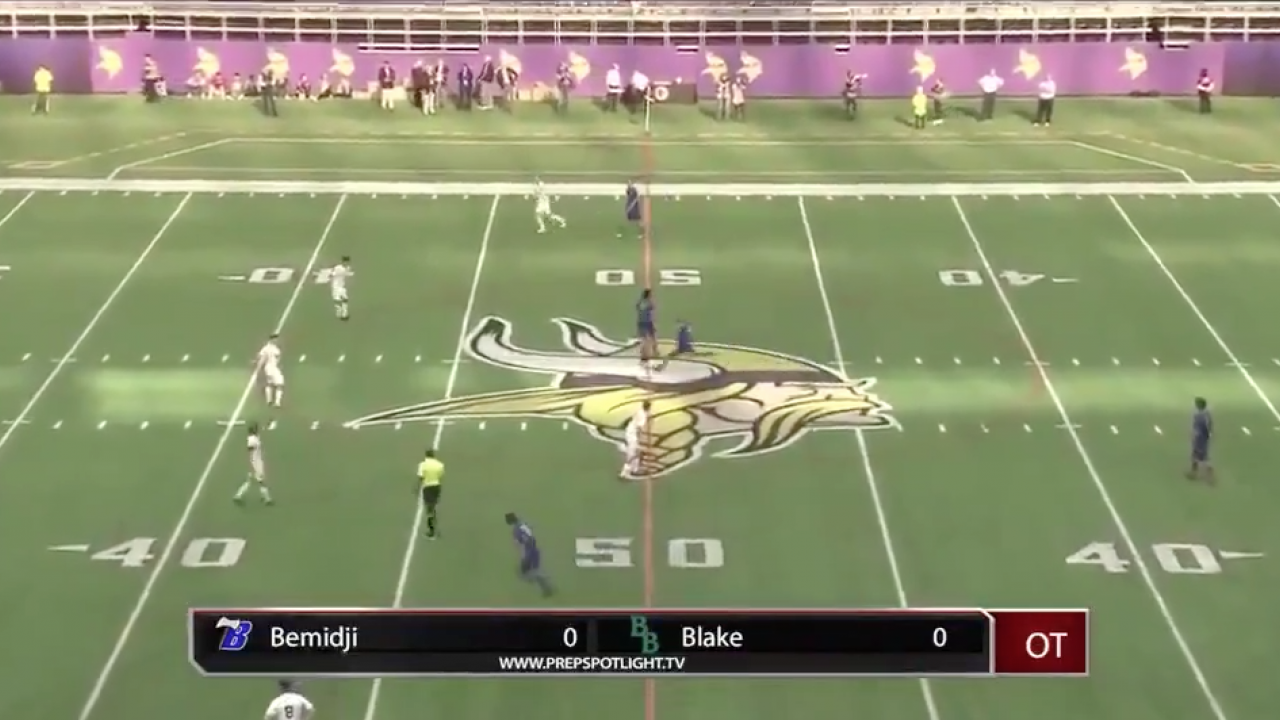 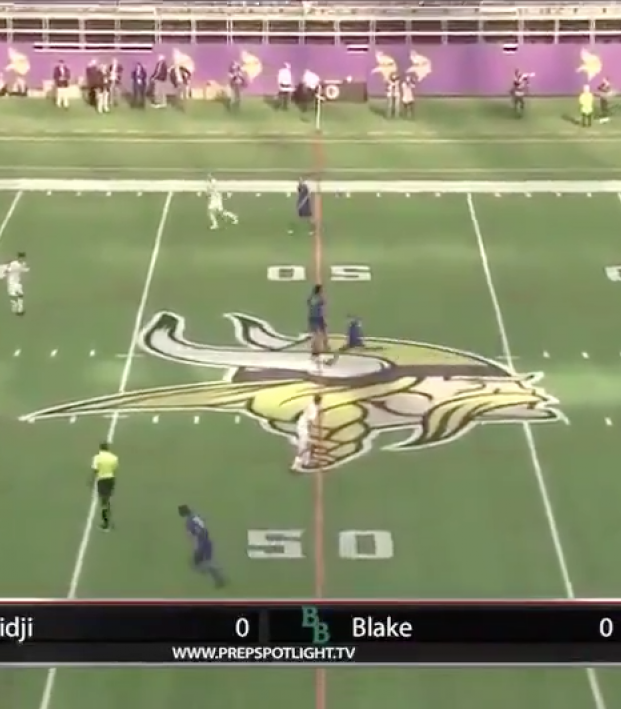 Travis Yoesting November 2, 2018
Blake School beat Bemidji High with one of the greatest golden goals of all time.

We’re going to be real here: Unless you live in Minnesota and are tuned in to the youth soccer scene, you probably don’t pay any attention to Minnesota high school soccer.

Fortunately, we here at The18 have eyes on every soccer game everywhere (seriously, when you’re playing your little brother in the back yard, we’re watching; it’s creepy).

So today we get to bring you a stunning highlight from the Minnesota high school soccer Class A championship game — and with good reason.

No. 1 Blake School came into Friday's state title game as the favorite. The wealthy private school from Minneapolis had knocked off defending state champion Totino-Grace in the quarterfinals. Bemidji High was the plucky underdog from the northern, more agrarian parts of the state.

Playing at the Vikings’ U.S. Bank Stadium in Minneapolis (presumably they'll move the title game to Allianz Field when it's finished), the Bemidji Lumberjacks managed to take the Blake Bears into double overtime before the winning blow was struck.

For fans hoping for the upset, it didn’t come. But the manner in which Blake found the winner was simply incredible.

Kicking off the second half of extra time, Keegan James launched a shot straight from the kickoff that flew like a guided missile into the top right corner of Bemidji’s goal. It was an instant winner, because apparently Minnesota high school soccer still uses Golden Goal rules.

What a hit! Maybe the Vikings should sign that kid up to be their kicker.

It was a tough way to go out for Bemidji, which could argue a couple Blake players crossed the halfway line before the shot was taken. But that’s a strike no one will soon forget in Minnesota, least of all the Blake faithful, and all our creepy eyes watching around the world.