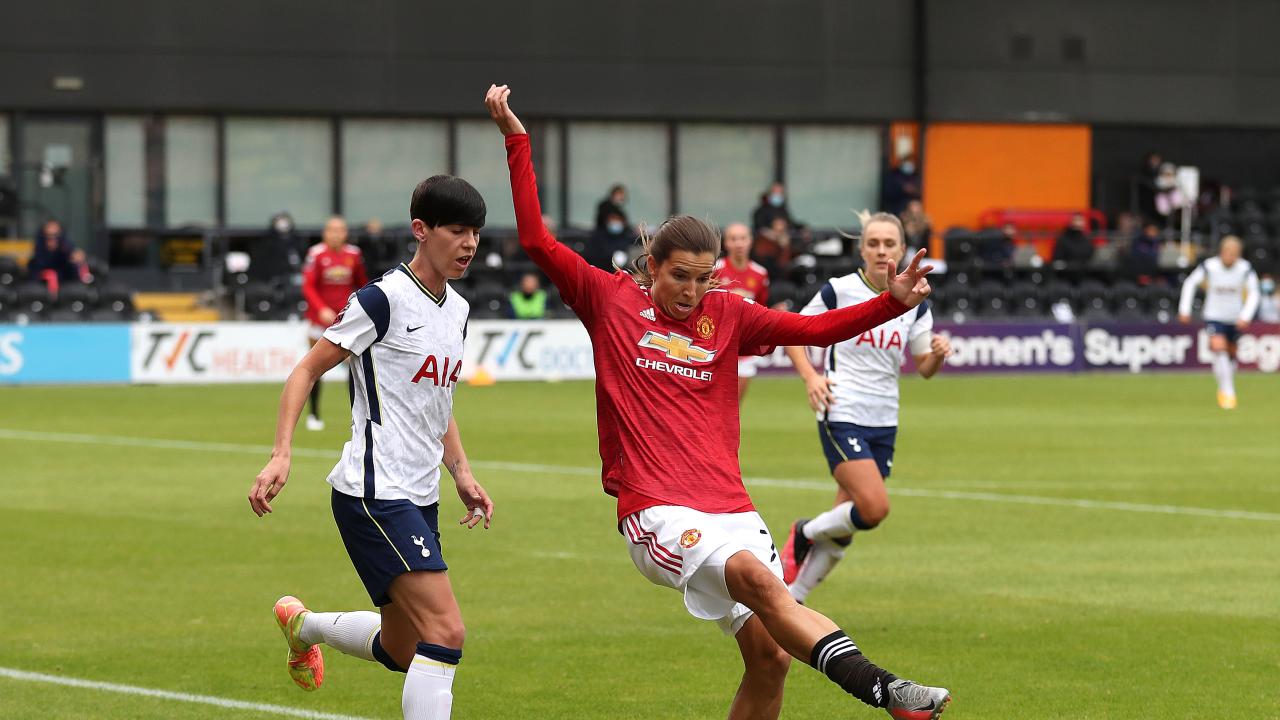 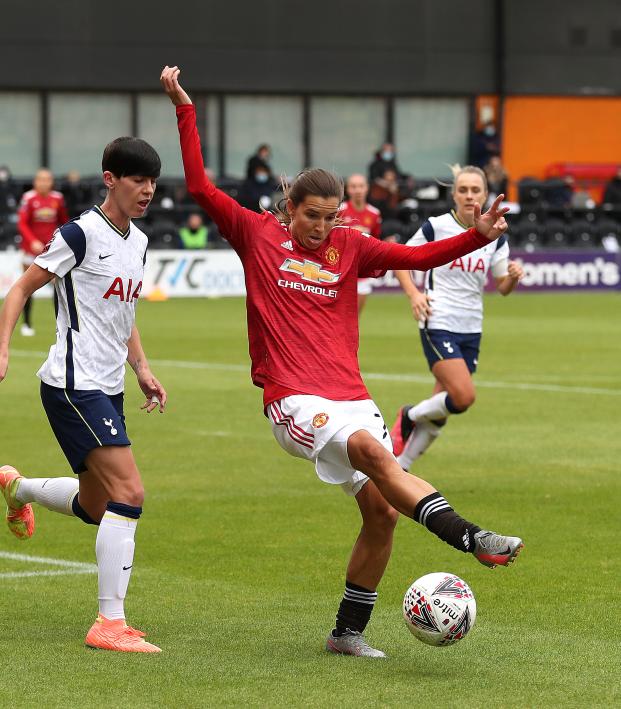 Alex Morgan Can Only Watch As Tobin Heath, Christen Press Beat Her Tottenham

Travis Yoesting October 10, 2020
Tobin Heath and Christen Press started together for the first time while Alex Morgan wasn’t in the 18.

In a battle of Tobin Heath and Christen Press against Alex Morgan, of two clubs trying to break into the upper echelon of the Women’s Super League, it was no surprise who created the breakthrough. For the second straight week, Tobin Heath assisted on a goal as the Manchester United Women topped Tottenham 1-0 on Saturday.

Both Heath and Press were handed their first starts with Manchester United since joining in September. Alex Morgan, however, has yet to make an appearance for Spurs, which she also joined last month. She was not even in the 18 on Saturday and she has not appeared in over a year after giving birth to her first child in May.

With no Morgan to contend with on the other side, United was a heavy favorite, especially with the link-up between Press and Heath. The two nearly combined to score the opener in the first half, but Rebecca Spencer came up with a massive save to keep things level.

Press was subbed out after just 55 minutes so it was up to Heath to make the difference. She was dangerous with her delivery from the wing all day, but Spencer made a number of saves to keep Spurs in the game.

Ultimately it was Heath who set up the only goal of the match in the 66th minute. Having replaced captain Katie Zelem on set pieces, Heath’s corner found the head of Millie Turner, who looped her header over Spencer for the winner.

That’s two assists in the last two games for Heath as the Manchester United Women jumped to the top of the WSL table, one point ahead of Arsenal and Everton, albeit with a game in hand.

Though Morgan wasn’t in the lineup, she did her best to help her new team, using her immense experience (few in the WSL have won a Women’s World Cup, let alone two) to coach up her teammates.

The next possible opportunity to see Morgan make her Spurs debut will be Oct. 18 in the North London Derby. Morgan watched Arsenal throttle Tottenham 4-0 in the FA Cup in September.