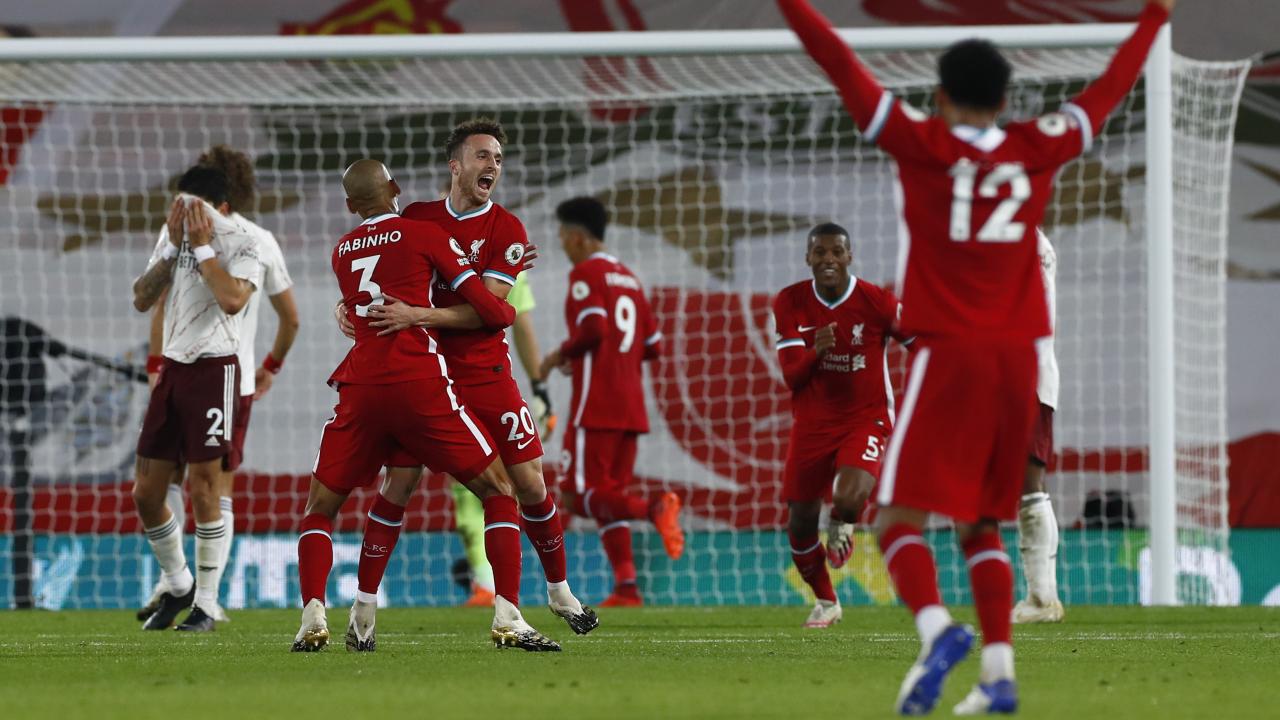 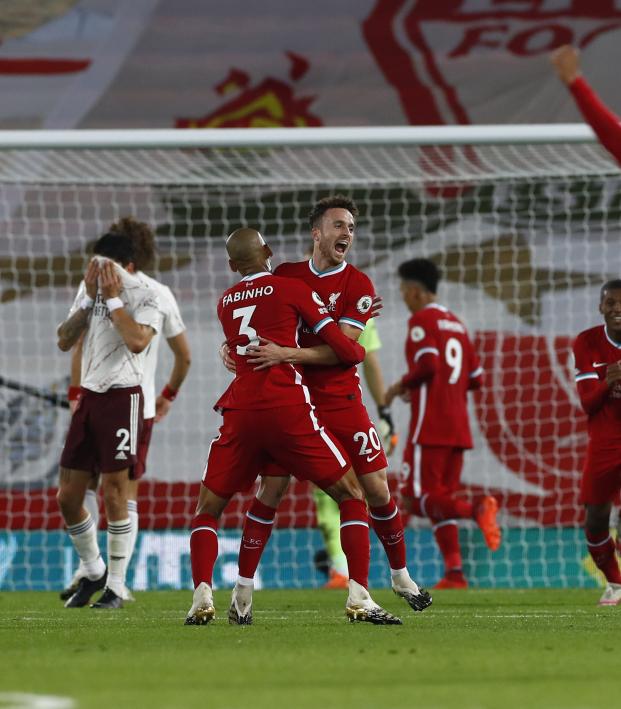 Reuters September 28, 2020
Mané scored the equalizer and TAA provided a lovely go-ahead assist for the Reds.

Premier League champions Liverpool maintained their 100% start to the season with a 3-1 win against Arsenal at Anfield on Monday leaving them level on nine points with pacesetters Everton and Leicester City.

Liverpool created the early openings with Trent Alexander Arnold causing the visitors problems down their left. His cross was headed towards goal by Virgil van Dijk but Arsenal's David Luiz cleared off the line and then another ball from the full-back was volleyed straight at goalkeeper Bernd Leno by Sadio Mane.

But in the 25th minute, totally against the run of play, Arsenal grabbed the lead when they broke down the left and Andy Robertson mis-controlled Ainsley Matiland-Niles' cross, the ball falling to Alexandre Lacazette whose scuffed shot deceived keeper Alisson.

Liverpool responded swiftly though, drawing level three minutes later when Mohamed Salah burst in from the left and Leno parried his shot straight into the path of Mane who made no mistake from close range.

He just keeps on scoring pic.twitter.com/gBOZae1eSh

Robertson then made up for his mistake when he was picked out by Alexander-Arnold at the far post, chested the cross down and flicked the ball past Leno to make it 2-1 after 34 minutes.

This link up is so special pic.twitter.com/UiWtf8S2EZ

Arsenal made life more difficult for the home side after the break and should have drawn level in the 63rd minute when Lacazette sprung the offside trap but his shot was too easy for Alisson, who parried it to safety.

But new Liverpool signing Diogo Jota, the Portuguese forward signed from Wolverhampton Wanderers, marked his debut from the bench with the goal that made sure of the win as he struck a well-taken volley from the edge of the box.

The Gunners, who won their first two games, have now gone 28 games without a win away from home against 'Big Six' opposition.