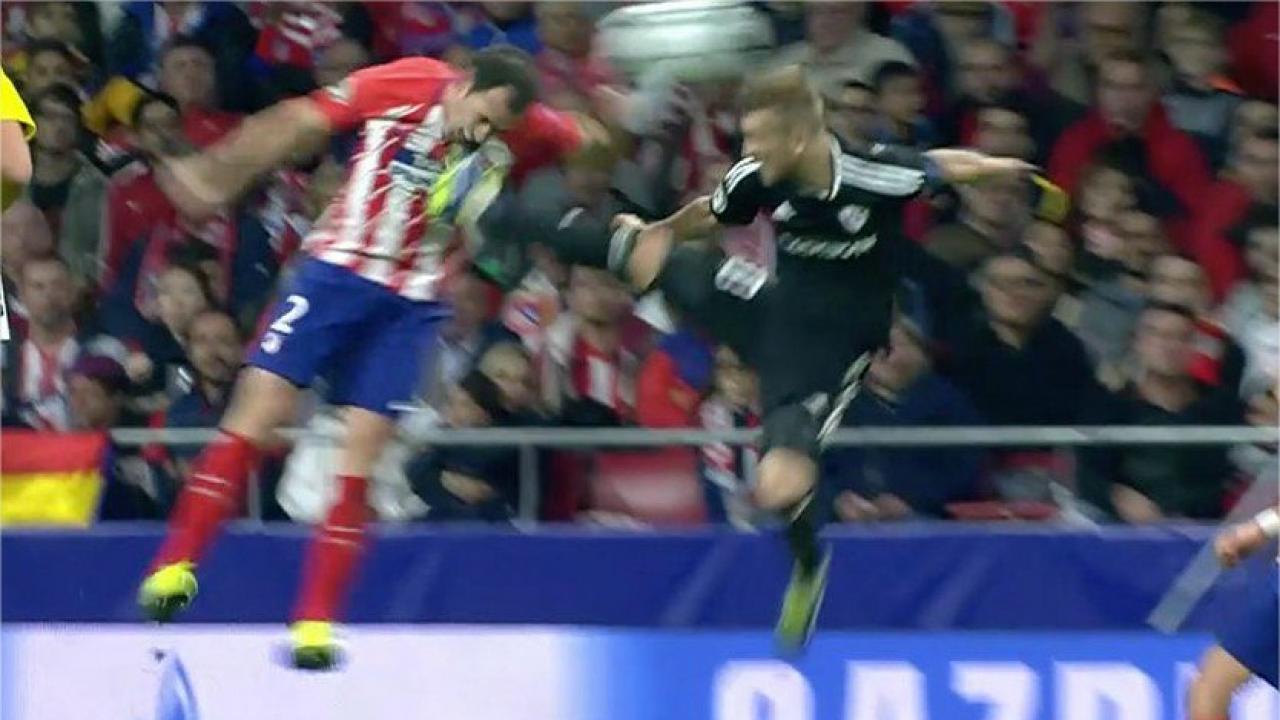 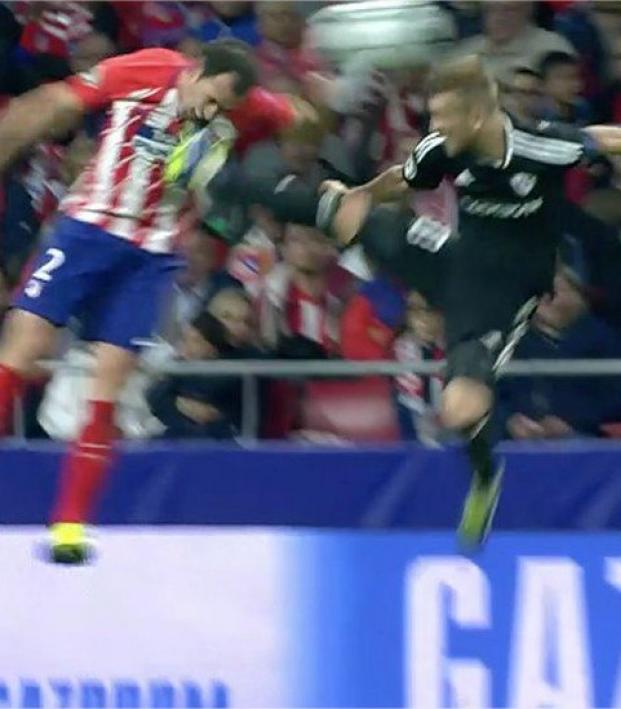 Kicks are spectacular. Especially in martial arts. Also in movies. I mean, just think about Jackie Chan or Bruce Lee. However, every now and then soccer players can be seen kicking their colleagues in pretty spectacular ways. This week Champions League highlight is no doubt Diego Godin kicked in the face by Qarabag's Pedro Henrique.

Henrique and Godín were both in the air, having jumped to reach the ball. Somehow, Henrique managed to get his foot all the way up to Godín’s face. Now, this certainly wasn’t one for fair play, but no doubt it was a memorable image.

Along these lines, there have been other memorable kicks in soccer. From funny to outright scary, take a look at this violent place.

And finally, take a look at this wild kick in the face in a New Zealand vs New Caledonia.

After failing to beat Azerbaijan’s Qarabag FK, Atlético de Madrid sits third in their group with only three points, following Chelsea and Roma, with seven and eight points respectively. Qarabag are last place with two points.