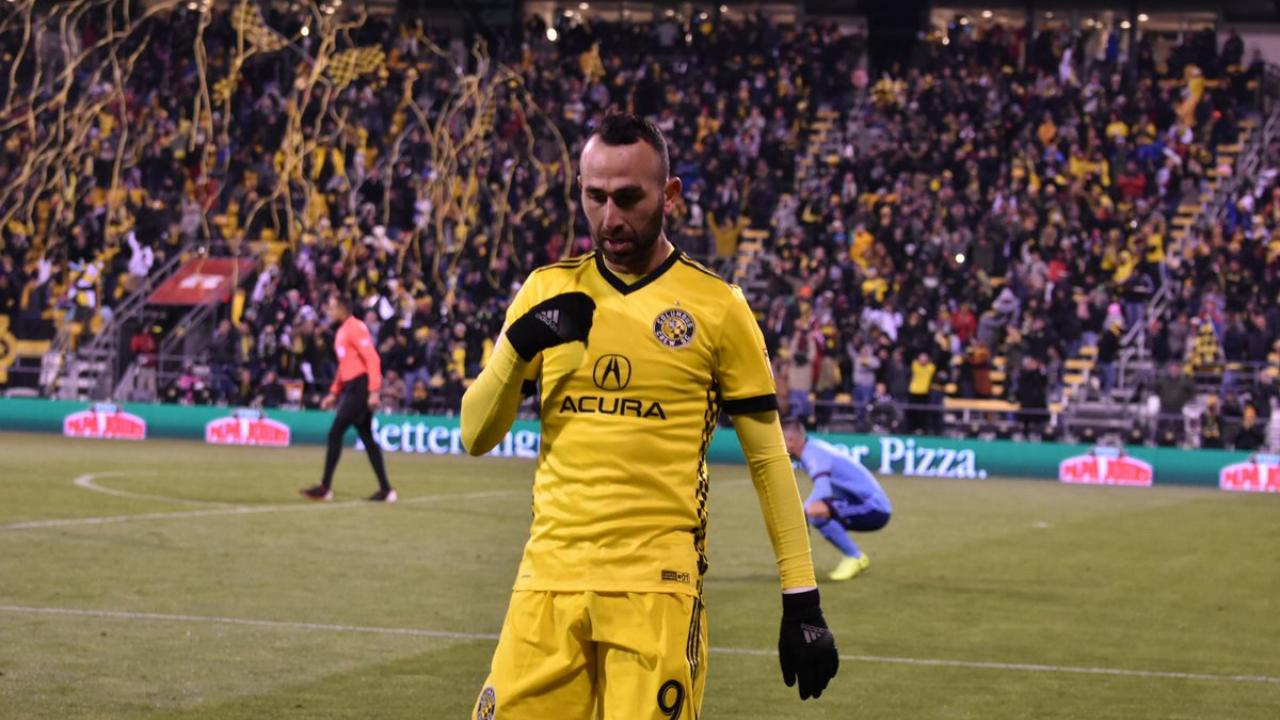 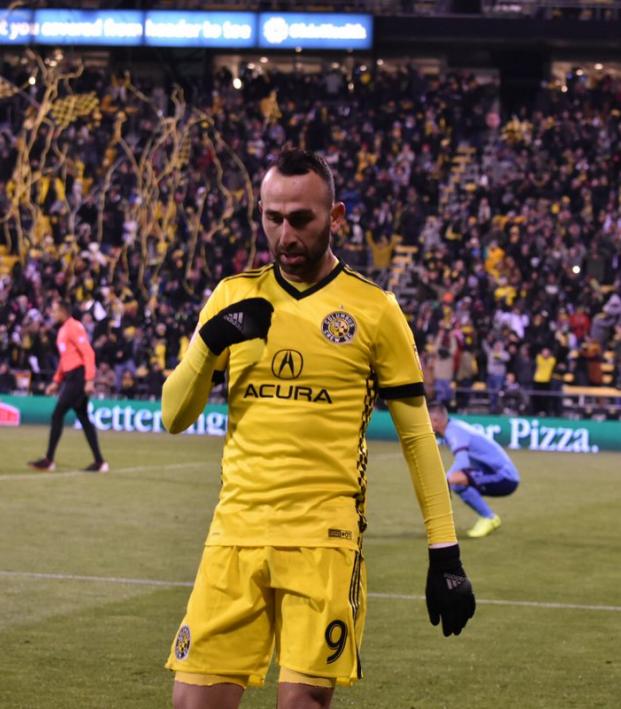 Connor Fleming November 1, 2017
The aggrieved Columbus Crew are out to destroy the MLS playoffs as evidenced by their 4-1 victory over the extremely marketable NYCFC.

The Columbus Crew did it again. Five days after shocking MLS darlings Atlanta United on penalties in front of over 67,000 at Mercedes-Benz Stadium, the Crew returned home and put the beatdown on the highly marketable New York City FC in the first leg of the Eastern Conference Semifinals. The Black & Gold put four past 10-man NYCFC in a resounding 4-1 victory, David Villa registering the lone goal for NYCFC.

No side has ever overturned a three-goal first leg deficit in MLS playoff history, but that’s the task now facing Patrick Vieira’s side as they return to the Bronx. The second best team in MLS looks destined to become another victim of a Crew story that doesn’t exactly check all the boxes in your standard feel-good narrative.

Anthony Precourt and MLS commissioner Don Garber have been misleading all involved parties, and it’s a terrible situation for Crew supporters, but it must be said that we’re almost certainly watching the Columbus Longhorns embark on a stellar playoff run at the moment. And so it’s bitter sweet, but it’s also awesome watching this exciting side use the chip on their shoulder to bludgeon “business metrics” in the face.

It’s become an infamous statement for Crew supporters but we might as well take a quick glance at Don Garber’s favorite buzz word. The Black & Gold will be back at MAPFRE Stadium for at least one more season, so this wasn’t exactly a curtain call for the team, but the significance of the occasion wasn’t lost on anyone.

The first-ever soccer-specific stadium in MLS stood at 72 percent capacity on the night with 14,416 in attendance. Not an awe-inspiring number, but outside of Vancouver’s BC Place and Atlanta’s Mercedes-Benz Stadium, the swaths of empty seats across the league haven’t painted the greatest picture of the playoffs on ESPN and Fox Sports.

However, packed supporters’ sections have certainly lent a din of noise that you wouldn’t find if you flipped the channel to an NBA or NHL game. There’s still a telling playoff atmosphere, and the old Columbus Crew Stadium wasn’t lacking in that department on Tuesday.

The Crew’s barrage began in the fourth minute with a goal from Ola Kamara. In the 52nd minute, NYCFC’s Alexander Callens was issued a red card by the VAR after putting an elbow through his marker on a corner. Artur quickly grabbed Columbus’s second with the man-advantage, and Justin Meram added a third in the 69th.

Villa pulled one back in the 78th minute, but Harrison Afful restored the Crew’s three-goal advantage with a devastating solo effort in the third minute of second half stoppage time.

Questions were asked of NYCFC’s mentality after Toronto FC clinched the Supporters’ Shield and New York spent the rest of the regular season doing absolutely nothing. They still haven’t woken up.

The second leg is schedule for Sunday, November 5 at Yankee Stadium.