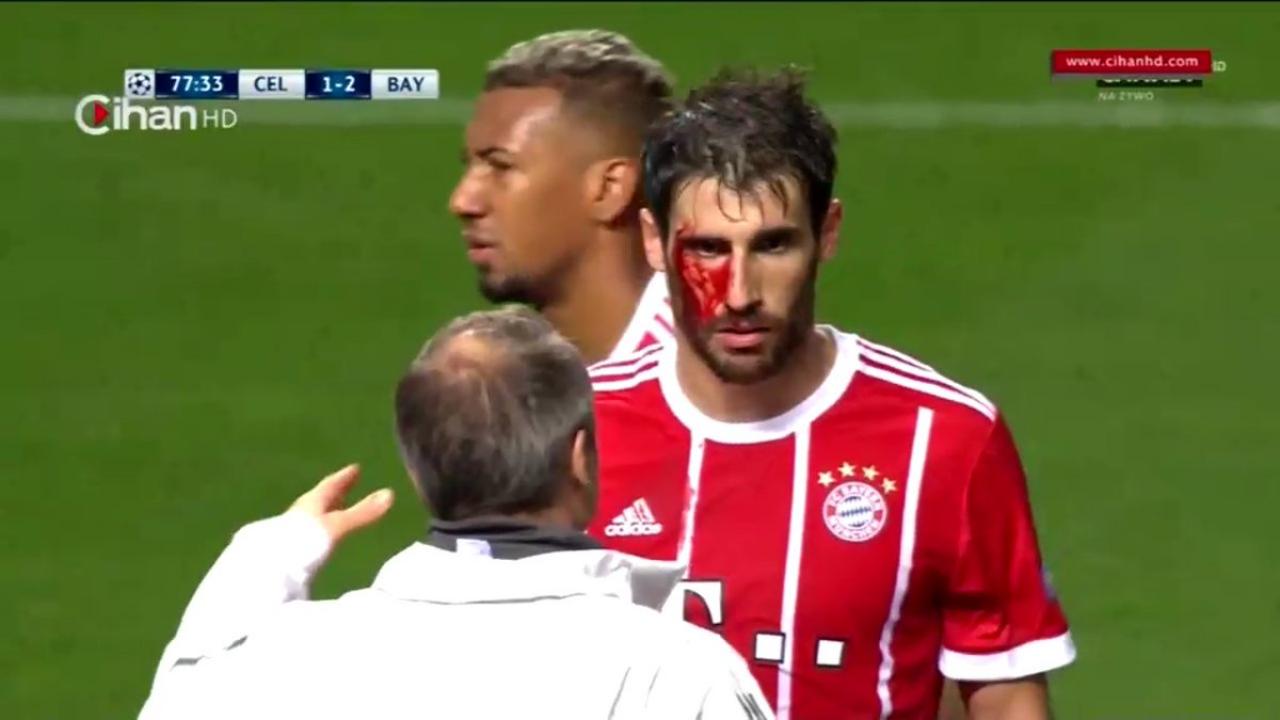 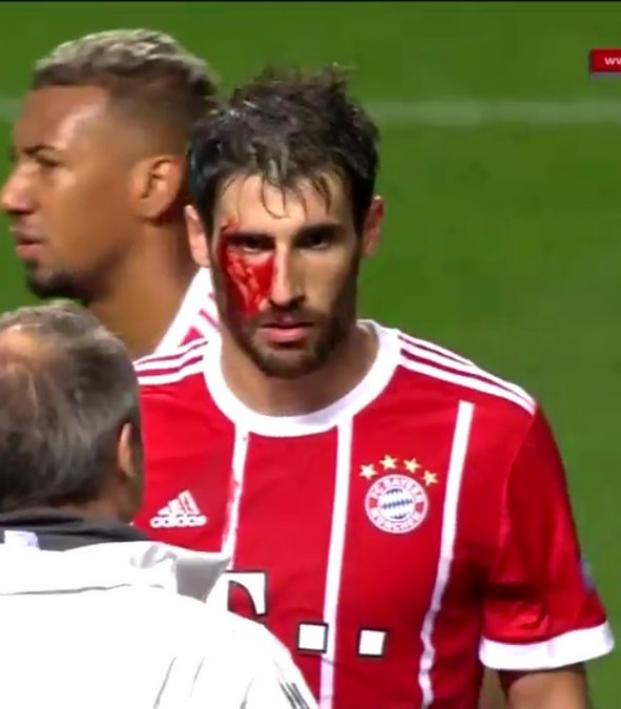 Javi Martinez Got His Halloween Started Early After Scoring vs. Celtic

Celtic Park was not a very spooky place this Halloween. At least not for the visitors. Bayern Munich's go-ahead goal in the 77th minute against Celtic in the Champions League Tuesday was slightly marred by goal-scorer Javi Martinez bleeding all over the place immediately afterwards.

Bayern ended up winning 2-1 and Martinez played the rest of the game, so all's well that ends well unless you're a Celtic fan, in which case all does not end well because the Hoops were mathematically eliminated from the Champions League by the loss. Bayern, meanwhile, will move on to the knockout stage because death, taxes, etc.

And hey, if you need a last-minute Halloween costume idea, you could just put on a Bayern Munich jersey, slather ketchup on your face and go as Javi Martinez.