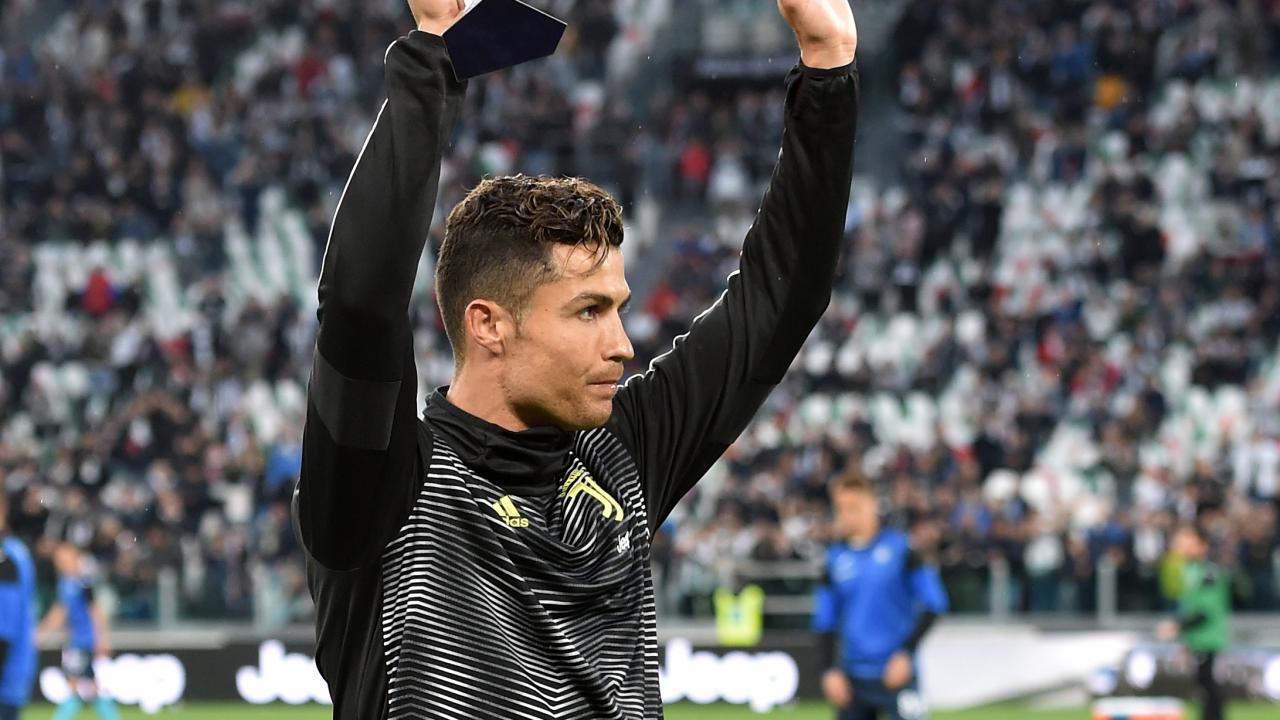 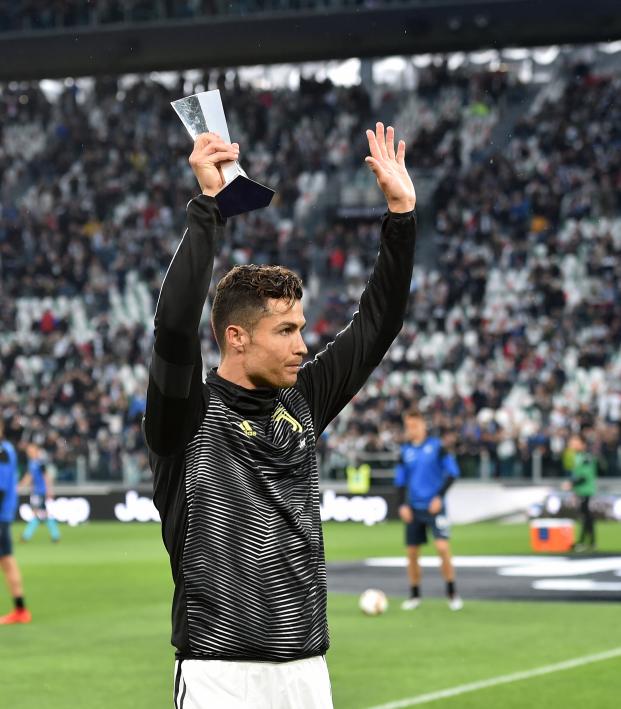 Travis Yoesting May 19, 2019
Cristiano Ronaldo was given the award for Serie A Player of the Year as Juventus played its final home game of the season.

Cristiano Ronaldo received his award for being named Serie A Player of the Year on Sunday, one of three trophies lifted by Juventus on a celebratory day in Turin.

Ronaldo was given the Serie A Player of the Year trophy at halftime of a match against Atalanta, which ended in a 1-1 draw.

Ronaldo tallied 21 goals and eight assists in 31 Serie A appearances in his first season in Italy after moving from Spain. Real Madrid certainly missed him, scoring exactly 31 fewer goals in 2018-19, the amount Ronaldo accounted for in last season’s LaLiga campaign.

Ronaldo didn’t win the Italian Golden Boot, which will likely go to Fabio Quagliarella after the 36-year-old scored 26 goals for Sampdoria. There is still one more match left to play this season.

In addition to Ronaldo’s individual trophy, the Old Lady celebrated its absurd eighth straight Serie A title, lifting the trophy after the match.

Even better, the Juventus women lifted the trophy for winning their second straight scudetto on Sunday at Allianz Stadium.

Before the match, the Bianconeri also paid tribute to Andrea Barzagli, who is retiring after nine seasons with the club. Barzagli started at center back before being subbed off to a standing ovation in the 61st minute, receiving high fives and hugs from seemingly everyone in the stadium.

Barzagli's farewell came exactly a year after the farewell of Gianluigi Buffon, who left Juventus for PSG. Buffon was on hand in Turin on Sunday.

Exactly one year ago #OnThisDay

Allianz Stadium also said goodbye to Massimiliano Allegri, who will be leaving the club at the end of the season.

Despite the day of celebrations, the biggest celebrations might have belonged to Atalanta. The visitors inched closer to Champions League football next year with the result, which came a few days after losing to Lazio in the Coppa Italia final.

The first goal of the day came from Josip Iličić off a corner kick in the 33rd minute. Mario Mandzukic equalized in the 80th minute.

Atalanta had much more to play for on the day, in a heated race with Inter Milan, AC Milan and AS Roma for the final two Champions League berths from Serie A. The draw kept Atalanta in control of its own destiny heading into the final week of the season, moving ahead of Inter into third place.

The match also saw Juventus sport some new jerseys, which have mostly been panned by the Juve faithful.

And a new face popped up at Allianz Stadium, Arsenal player Aaron Ramsey, who will join the Bianconeri next season.