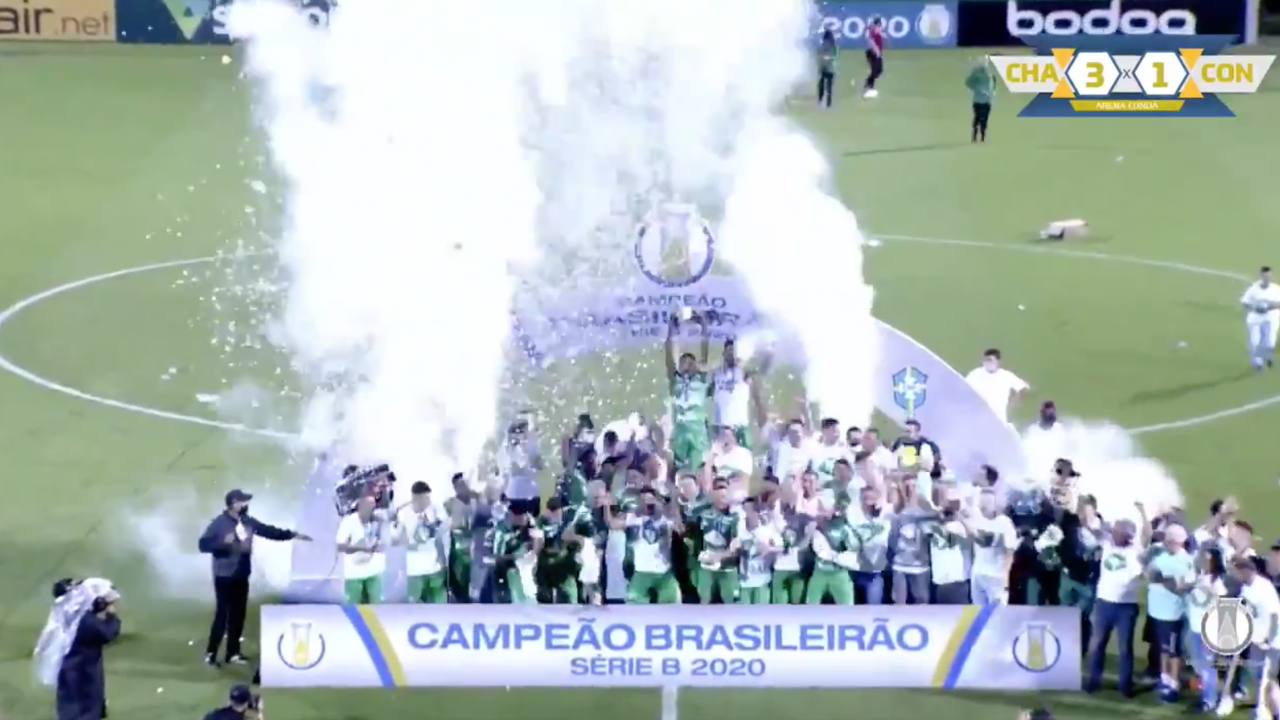 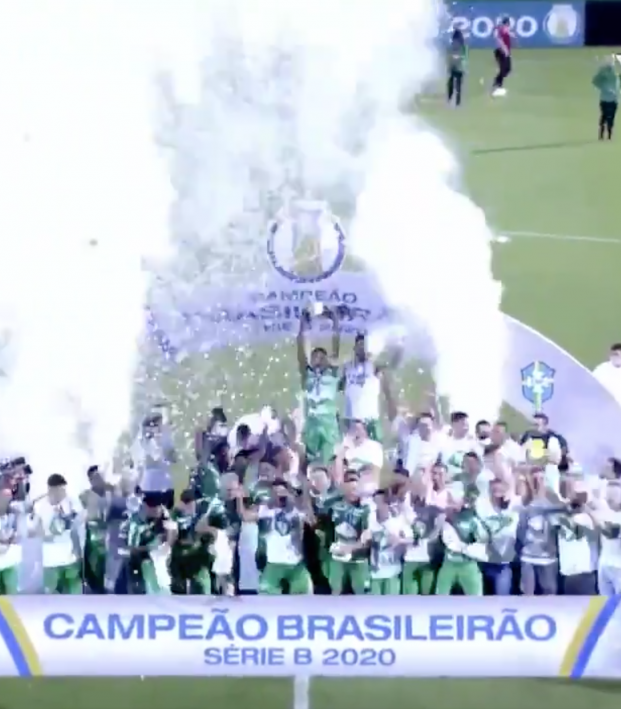 Reuters January 30, 2021
The club that suffered unimaginable tragedy with the plane crash in 2016 won the Serie B title in dramatic fashion.

Brazilian side Chapecoense sealed the second division Serie B title on goal difference on Friday after a last gasp Panenka-style penalty from Anselmo Ramon gave them a 3-1 win over Confianca.

Chapecoense, who lost most of their squad in an air crash in 2016, secured promotion earlier this month after spending a year in the second tier when they were guaranteed a top-four finish with four games remaining.

The club were second going into the final matchday behind America-MG who beat Avai 2-1 to finish with 73 points and a positive goal difference of 20.

Chapecoense were leading 2-1 in stoppage time, enough for second place with an identical goal difference but fewer goals scored, when they won a penalty and Ramon stepped up to lob the ball into the net.

Though the game ended with Chapecoense's Denner Fernando Melz and Confianca goal scorer Isnairo Reis Silva Morais being sent off, it did little to dampen their spirits.

"By merit, by right, with a lot of fight, Chapecoense are champions of Brazilian Serie B," the club wrote on Twitter.

"Rain in the Arena Conda at the moment when Chapecoense prepares to lift the trophy. Our strength comes from above."

Alan Ruschel, who was one of the survivors of the 2016 crash, lifted the trophy amid emotional scenes.

In 2016, a plane carrying the entire Chapecoense squad crashed.

More than seventy people were killed. Only three players survived. One of them was Alan Ruschel.

Today, Chapecoense won the Serie B championship in Brazil.

Ruschel captained the team and lifted the trophy pic.twitter.com/wFuzBfGoND

The team also held an open top bus parade in the small southern city of Chapeco as fans poured into the streets to celebrate their victory.

Although their budget is a fraction of Brazil's big city clubs, Chapecoense's hastily rebuilt side remained competitive in the top flight until they were relegated in December 2019.