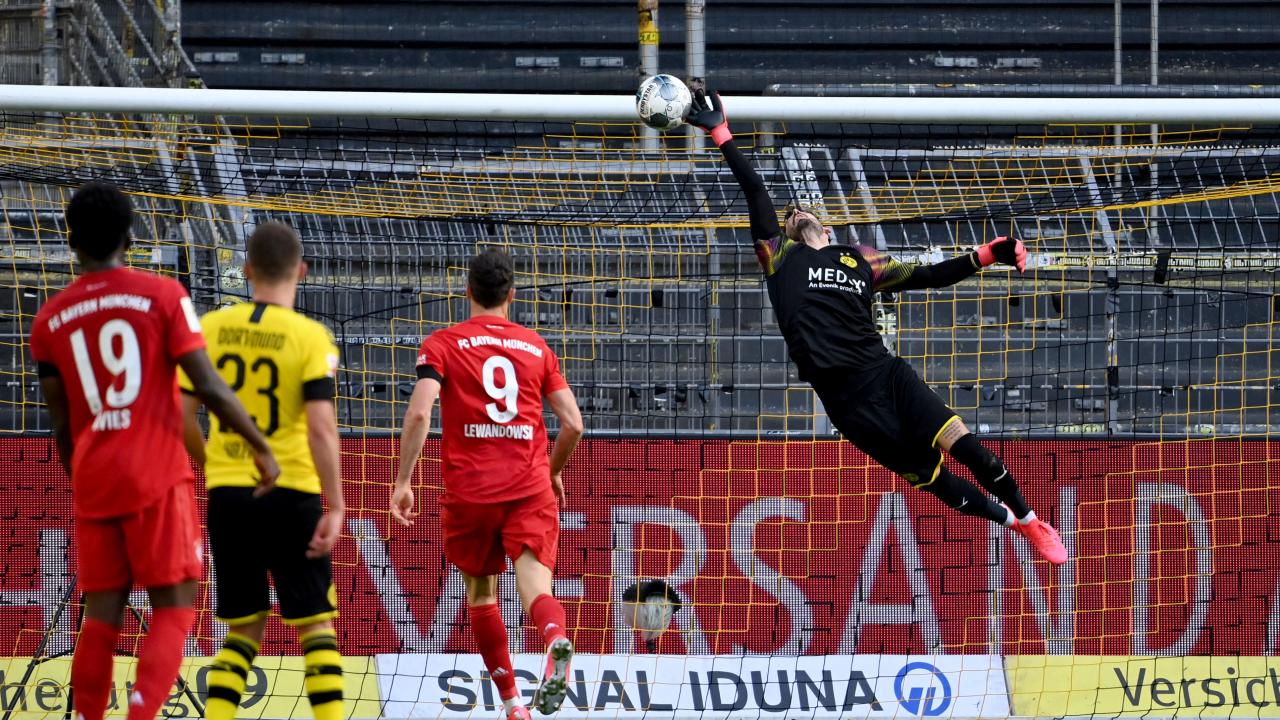 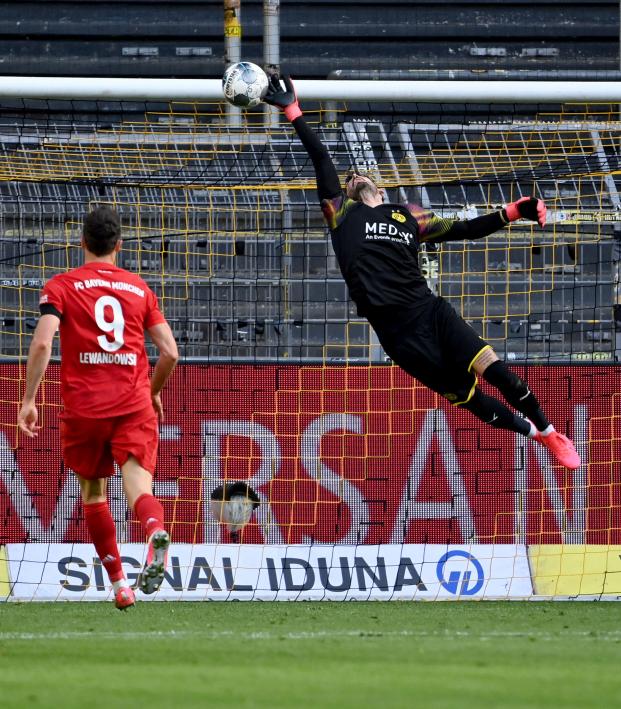 Bayern Munich put itself on the cusp of an eighth straight Bundesliga title after defeating Borussia Dortmund 1-0 at an empty Signal Iduna Park on Tuesday. Joshua Kimmich’s delicate chip just before halftime proved the difference as Bayern opened up a seven-point lead at the top with only six matches remaining.

The opening 10 minutes belonged to the home side as Julian Brandt served as the catalyst. It was Brandt’s immaculately weighted ball that forced Manuel Neuer off his line in trademark fashion, and the attack eventually ended with Jérôme Boateng clearing Erling Håland’s tame effort off the line.

The pendulum swung the other way for the next 15 minutes with Kingsley Coman at the center of everything good for Bayern. It was Coman’s clever ball for Serge Gnabry that ultimately forced Łukasz Piszczek to clear another goal-bound effort off the line.

The rhythm was firmly established from there with Dortmund looking exceptionally dangerous on the break, but the pace of Alphonso Davies thwarted a couple of promising counters.

Alphonso davies is fast as f***

The likes of Thomas Delaney and Joshua Kimmich went flying into tackles as Der Klassiker reached a competitive crescendo with the halftime whistle approaching, but it was Kimmich who’d show his attacking quality before the break with an inch-perfect chip from the top of the area that Roman Bürki failed to tip over the crossbar.

On came Jadon Sancho and Emre Can to start the second half as Lucien Favre looked to take advantage of the new law allowing for five substitutions, but it was Bayern that forced Bürki into action first while pushing BVB deep.

An equalizer did look imminent in the 58th minute after Boateng’s slip gave Håland space in the area, but the 19-year-old (based on his own reaction) appeared to screw his opportunity well wide.

However, replays showed that Boateng purposefully blocked the effort with his arm while on the ground, but the VAR failed to intervene and we played on.

In the 72nd minute, on came 17-year-old American Giovanni Reyna. His first significant action was drawing a free kick at the edge of the area and getting the Canadian Davies booked.

Dortmund continued to crank up the pressure over the final 10 minutes as they saw the title slipping away, but Neuer showed Bürki what a strong hand looks like in denying Mahmoud Dahoud.

Bayern plays 16th-place Dusseldorf on Saturday, and then there’s a tough two-game stretch against fourth-place Leverkusen and fifth-place Gladbach, but you’d be crazy to bet against Die Roten at this point.