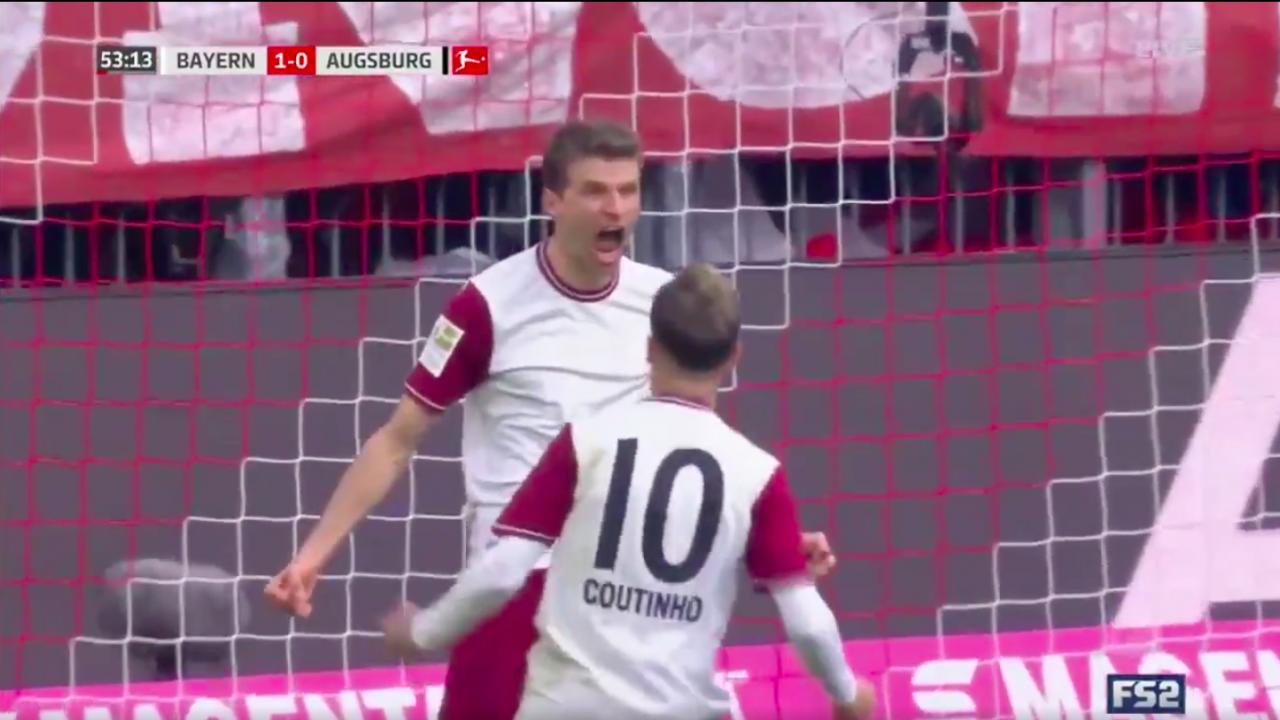 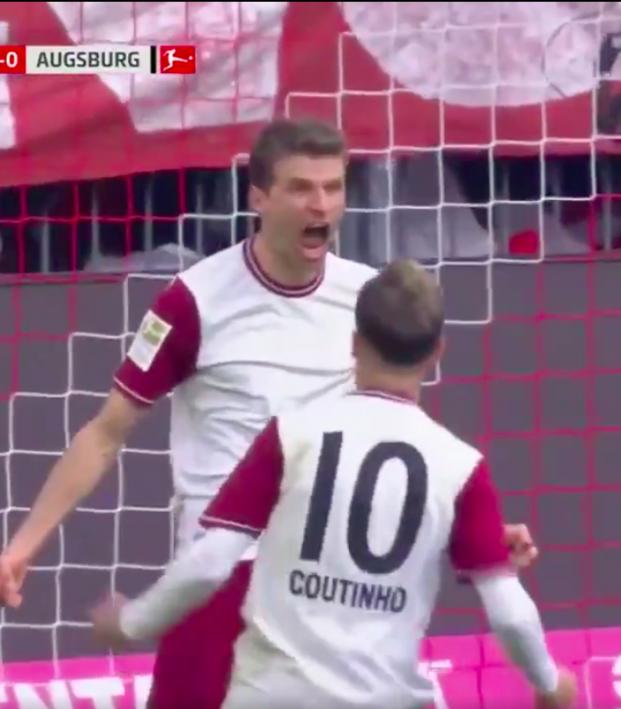 From a team steeped in crisis with a sacked manager to a sexy pick for winning a historic treble, what a difference a couple months can make. Following today’s 2-0 victory over Augsburg, Bayern Munich maintained its four-point advantage at the top of the Bundesliga while celebrating the club’s 120th birthday in fine style (hence the special edition kits).

A sellout crowd of 75,000 at Allianz Arena had to wait until the 53rd minute for today’s opening goal, but it was a heavenly combination between Jérôme Boateng and Thomas Müller to get things going.

Thomas Muller's goal for @FCBayernUS, but this is all about the ball from Jerome Boateng pic.twitter.com/Tksij3ffyS

Augsburg made Bayern work for it, but the second was more dreamy combination play, this time between Serge Gnabry and Leon Goretzka.

Bayern's unbeaten streak in league play now stands at 11 matches. They’ve won 10 of those games with the only other result being a draw against RB Leipzig. Leipzig looked to be Bayern’s biggest challenger, but they’ve drawn two straight (and four of their last six) to fall to third in the table. Following a 2-1 victory over Gladbach, Erling Håland’s Borussia Dortmund is now second.

Bayern is also through to the semifinals of the DFB-Pokal, where they’ll play Eintracht Frankfurt at the Allianz Arena, and almost certainly through to the quarterfinals of the Champions League after defeating Chelsea 3-0 at Stamford Bridge in the first leg of their Round of 16 matchup. The return leg in Munich takes place on Wednesday, March 18.