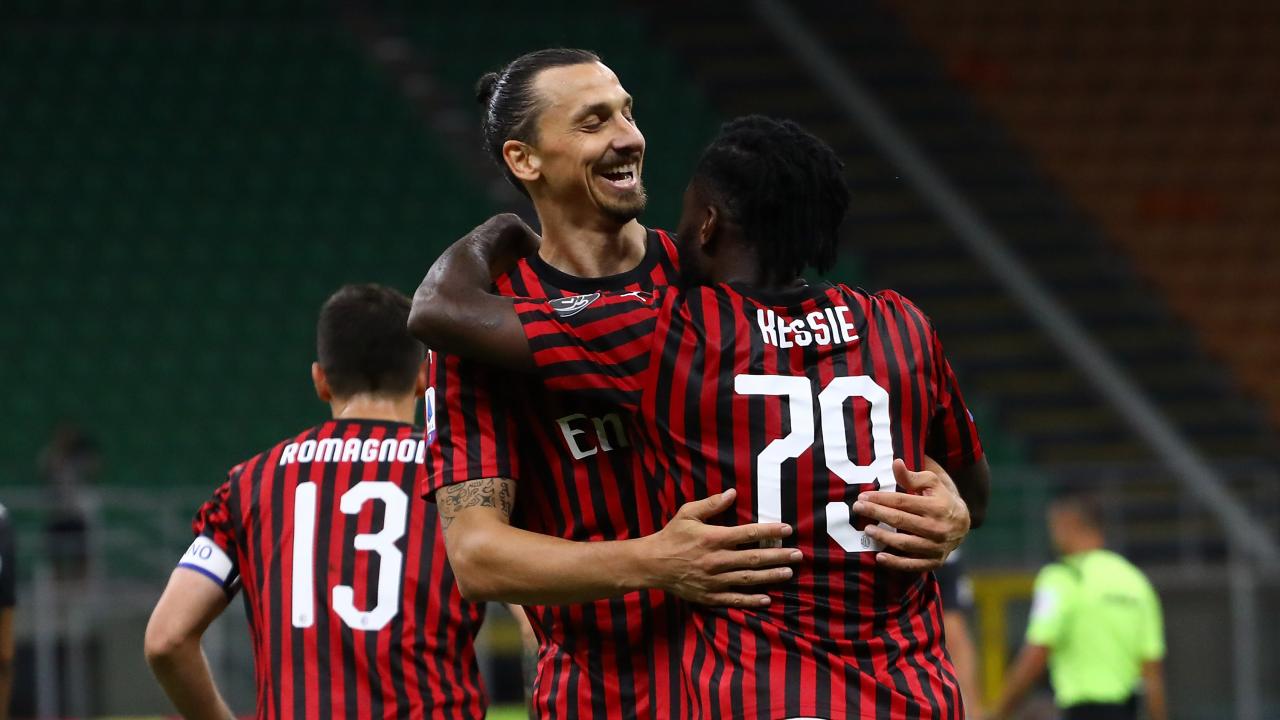 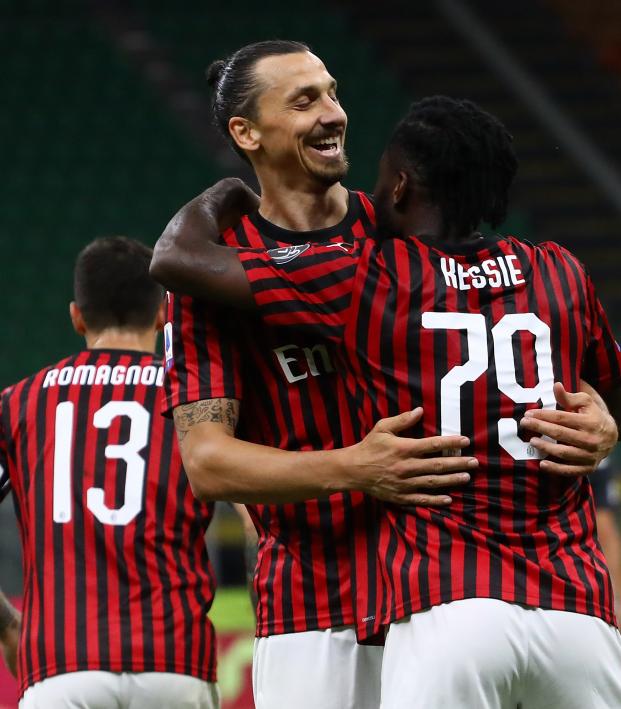 Watch: Zlatan, Ronaldo On Target In Epic 4-2 Goalstorm In Italy

MILAN — AC Milan scored three times in five astonishing second-half minutes as they hit back from two goals down to beat visiting Serie A leaders Juventus 4-2 on Tuesday, the first points dropped by the Turin side since the season restarted last month.

Juve appeared to be cruising to another win when Adrien Rabiot put them ahead with a solo goal two minutes after the break and Cristiano Ronaldo added a second with a typical effort, his 26th league goal of the season.

Yet Zlatan Ibrahimovic pulled one back from a penalty in the 62nd minute, Franck Kessie equalised four minutes later and Rafael Leao put them ahead one minute after that as Juve astonishingly collapsed. Ante Rebic completed the scoring.

Despite the defeat, Juve, on 75 points, stayed seven clear with seven matches to play after second-placed Lazio earlier lost 2-1 at lowly Lecce. Milan climbed to fifth with 49 points although they are still 14 points adrift of the top four.

It completed a remarkable four days for Milan who beat second-placed Lazio 3-0 away on Saturday and were widely reported on Monday to have agreed terms for German coach Ralf Rangnick to replace Stefano Pioli next season.

After a relatively uneventful first half, Juve broke through in style as Rabiot collected the ball just inside his own half, powered through the Milan midfield and fired past Gianluigi Donnarumma.

What a run and finish!

Adrien Rabiot gets his first Juventus goal in style! pic.twitter.com/GUBFJlGHqu

In the next attack, Juan Cuadrado launched a long ball upfield and it flew over two Milan defenders who collided to leave Ronaldo with a free run on goal, and the Portuguese duly placed his shot past Donnarumma.

Cristiano Ronaldo gets goal No. 26 of the season, but it was all about that ball from Juan Cuadrado  pic.twitter.com/1If9ZUhcB7

Yet it all changed after Milan were awarded a penalty with the help of a VAR review after the ball hit Leonardo Bonucci's elbow and 38-year-old Ibrahimovic converted.

A quick exchange of passes on the edge of the Juve area finished with Kessie sidestepping Bonucci to slot the ball past Wojciech Szczesny, then Leao collected a loose ball and found a gap between the Polish goalkeeper and the near post for Milan's third.

Juve were denied an equaliser when Donnarumma made a one-handed save from Daniele Rugani's header before Rebic fired Milan's fourth to complete a remarkable win.