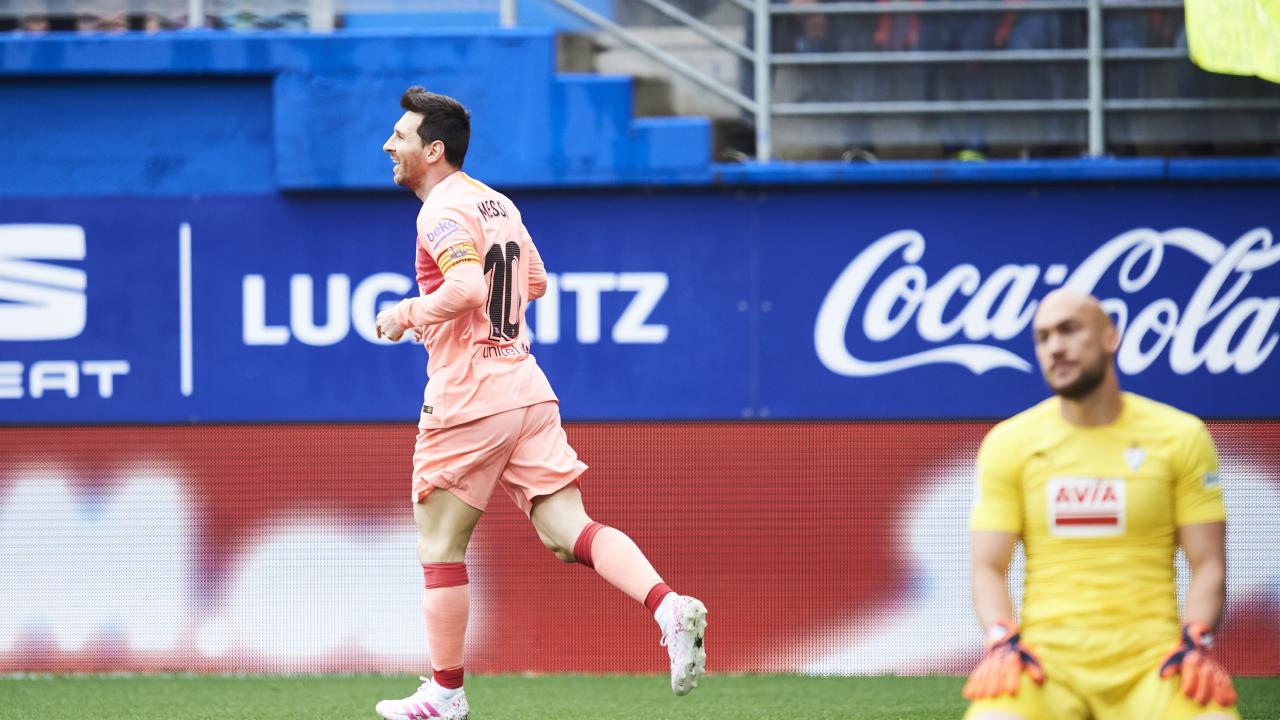 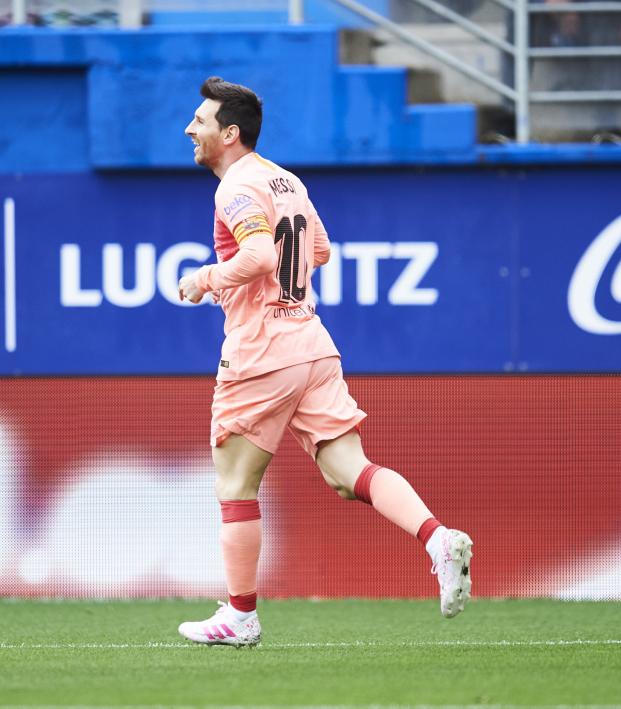 PSG’s Kylian Mbappé scored two goals in a 4-0 rout of Dijon on Saturday to move within two of Lionel Messi in the race for the 2019 European Golden Boot. It took the span of 102 seconds for Messi to reassert his lead.

Messi scored in the 31st and 32nd minutes for his 35th and 36th goals of the season, wrapping up the LaLiga Golden Boot/Pichichi Trophy and giving the Argentine the inside track to the European honor.

Mbappé, the pacey 20-year-old winger, is doing his best to catch Messi despite a three-match suspension for a bad red card in the Coupe de France final. He currently sits on 32 Ligue 1 goals with one match left to play.

After getting within striking distance on Saturday, he’ll now have to score at least four goals to equal Messi’s mark after the No. 10 had another impressive display in Barcelona’s LaLiga finale, a 2-2 draw with Eibar on Sunday.

Lionel Messi finished the 2018-19 season with 36 goals in league play. He has one match left to play, the Copa del Rey final on Saturday, to add to his total of 50 goals in all competitions. (The European Golden Boot only counts league goals, not goals from domestic or international cups.)

Barcelona had already wrapped up the LaLiga crown back in April (again thanks to Messi), so there wasn’t much to play for on the final day of the regular season.

Eibar took the lead when Marc Cucurella smashed a shot under Jasper Cillessen in Barcelona’s goal. But lightning struck Eibar twice in a manner of seconds about 30 minutes into the match as Messi single-handedly flipped the score line.

First, Arturo Vidal found Messi streaking into the Eibar box, setting up a shot from a tight angle. But Messi doesn’t need much of an angle to score.

This time, Barcelona was forced all the way back to its own goal line before breaking forward. Somehow, Messi was left wide open to run right down the throat of the Eibar defense, with Ivan Rakitic sending a perfect through ball for Messi to finish with a delicate chip past Marko Dmitrovic in goal.

Despite Messi’s interventions, Barcelona didn’t take the lead into halftime. Messi didn’t even score the best goal of the half.

That belonged to Eibar’s Pablo de Blasis, who took advantage of a poor clearance from Cillessen to smash a 35-yard volley up and over the Barça keeper to equalize just before halftime.

Cucurella could’ve given Eibar a late lead but blasted a shot from eight yards out over the bar, but the match finished in a draw.

Despite just picking up the one point, Barcelona finished farther ahead of Real Madrid (19 points) than ever before in LaLiga history.

Messi’s league season is over, so Mbappé still has a small chance to catch him for the 2019 European Golden Boot. Sampdoria’s ageless wonder Fabio Quagliarella is third in the race with 26 goals and one match to play, so he’s likely out of the running. The only other player with matches left and anywhere close in the race is one Cristiano Ronaldo, who would need to score 15 goals in his final two matches to have any shot.