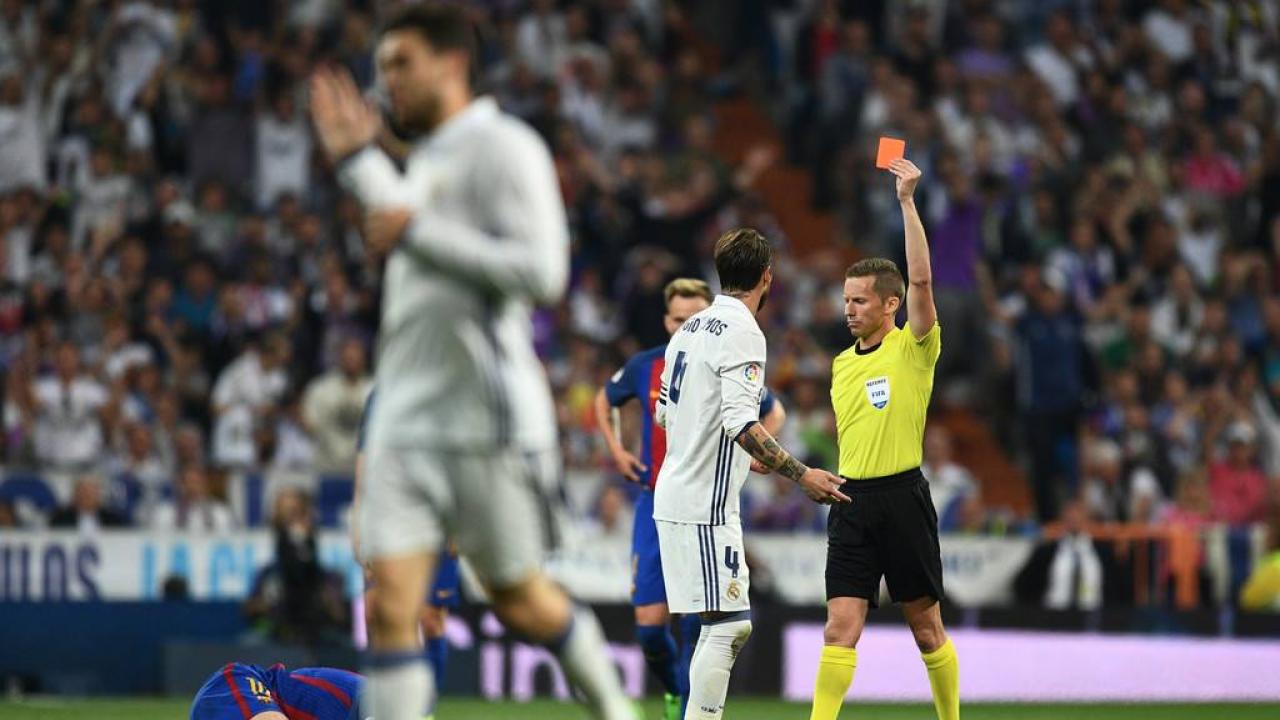 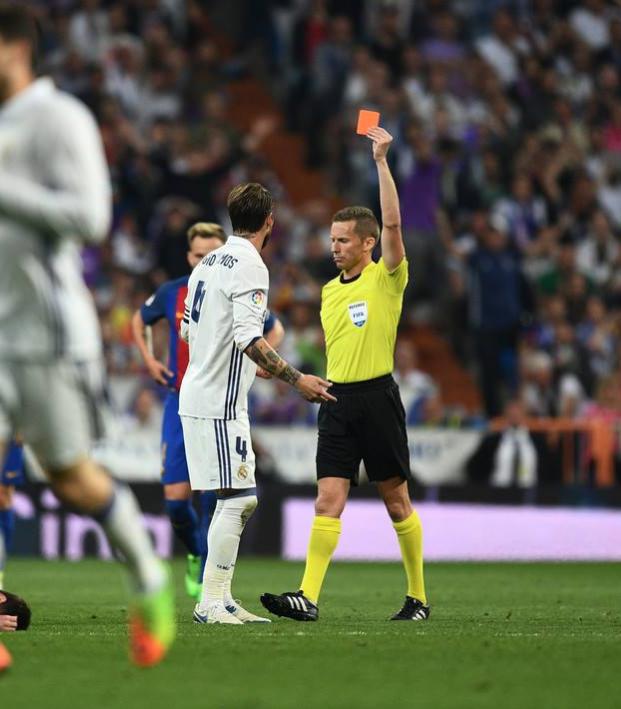 Footballers With The Most Red Cards In Soccer History

Evan Kiesow March 3, 2020
Don't mess with these hot heads. This is a countdown of the football players with the most red cards in soccer history.

Most players receive only a few red cards in the course of a career. Red cards can be a last ditch effort for a referee to control a game after it becomes unhinged. Typically, the events that lead up to a red card are unintentional - almost humorous. (We can all thank Fellaini for this comical exchange with Sergio Aguero during the Manchester Derby.)

Some players, however, seem to have made a career of obtaining red cards. They are just plain good at it. For the nine players on this list with the most red cards in football history, a red card is a preventative action that gives every opposing player a sigh of relief.

Footballers With The Most Red Cards In Soccer History

(Check out the information and videos of each of the players on this list below.)

Vinnie starts us off with 12 career red cards. The English midfielder has had to tame his temper after becoming an actor in 1998. Before this, he committed fouls early and often – even a mere five seconds into games (video below). Jones was a part of the Wimbledon Football Club nicknamed the "Crazy Gang" and helped them beat Liverpool in the 1988 FA Cup Final. Vinnie has been named as one football's hardest men.

Recently, Felipe Melo was in the midst of a brawl that led to four players being suspended from future games. Felipe lives up to his nickname of "Pitbull," obtaining 14 career red cards. The Brazilian carries the tenacity of an MMA fighter.

The French defensive midfielder set the stage for aggressive players around the world by receiving three red cards in four games during the 2016/17 Ligue 1 season. He has totaled 17 red cards during his career. Cahuzac takes no prisoners, even when they are inanimate objects.

Alfaro is tied for the second most red cards in La Liga history with 18 dismissals. The Spaniard is lucky to have escaped from a booking for this cheap play (video below).

The Uruguayan holds the record for the most red cards in Serie A history and was sent off 21 times in his career. Montero was quoted saying: "Sometimes you have to do anything to win and this is my nature." According to the 7-minute long video below, our best guess is that Montero means not seeing the opposing players as people is "anything."

The Spanish centre-back has been known for his temper and this punch on Mario Mandzukic (link below). Alexis has been handed 22 red cards throughout his career.

It would be criminal to have a list of players with red cards and not include Sergio. The Spaniard has received 25 red cards and has the most in La Liga history (20). He also has the highest number of red cards in El Clasico with five dismissals. Check out all five red cards he has earned in El Clasico in this video.

(Stats courtesy of The Guardian)

Rool has been known to start brawls, go into tackles blindly and karate kicking opponents (video below). Receiving 27 red cards throughout his career, it is no surprise Cryil is second on the list.

(Stats courtesy of Give Me Sport)

Arguably the dirtiest player ever to step onto a pitch is Gerardo Bedoya. The Colombian defensive midfielder accumulated a whopping 46 red cards during his spell as a footballer. Bedoya often seemed confused as to whether he was in the octagon or on a soccer field. Gerardo has since started his career has a manager for Colombian side Independiente Sante Fe and was sent off into the stands during his first game. Some people never change.

(Stats courtesy of The Guardian)