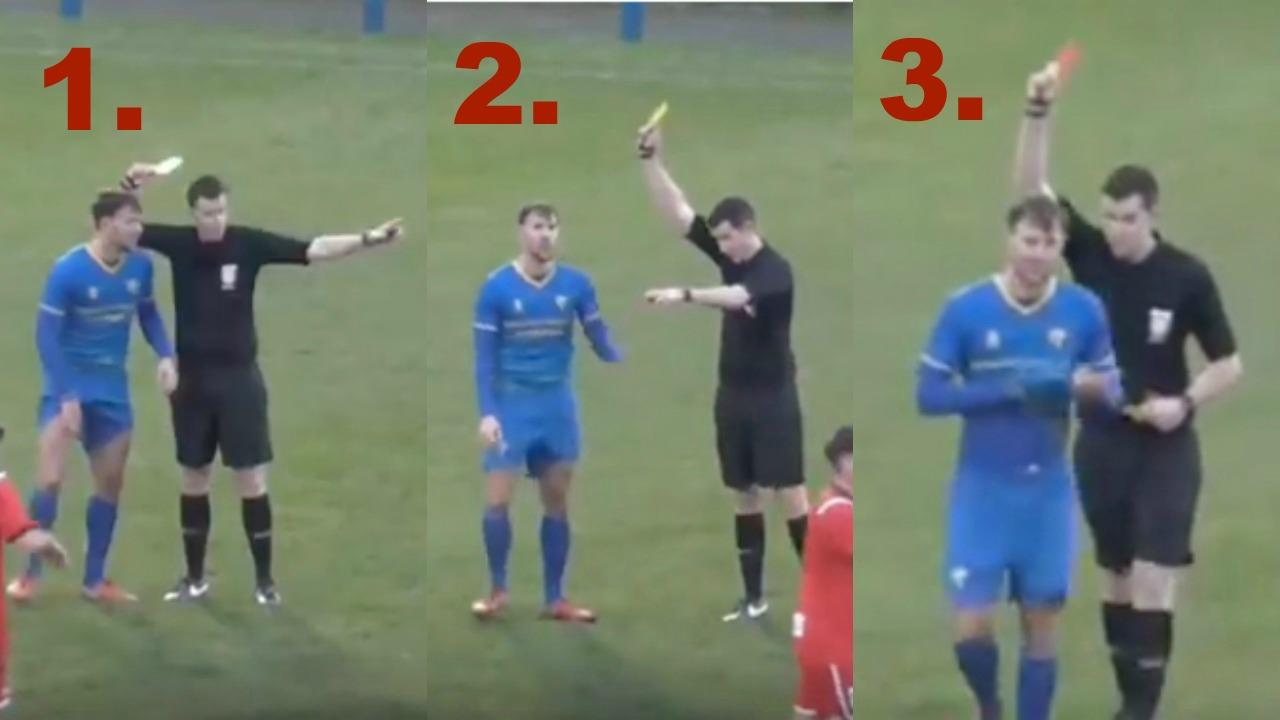 After all the acclaim and praise that Real Madrid’s Federico Valverde received for his tactical red card in the Spanish Super Cup final, it’s only right that we highlight this draw-preserving bit of the dark arts from Garforth Town’s Alex Low.

The scene is Bannister Prentice Stadium in Garforth, England, where Garforth is hosting Bridlington Town in the Northern Counties East Football League.  With the score level at 1-1 in the second half, Bridlington looked to threaten on the counter directly following a Garforth free kick.

Before the counter could really even get going, Low clattered one Bridlington player on the edge of his own area. The referee adroitly played advantage with Bridlington still on the attack, which allowed Low to collect himself, sprint to the edge of the other box and clatter another player.

The referee brandished one yellow for the early infraction, one for the later and then gave Low his marching orders.

But ninth-place Garforth would hold on for a 1-1 draw with fifth-place Bridlington, so the man’s a legend and deserves a statue.