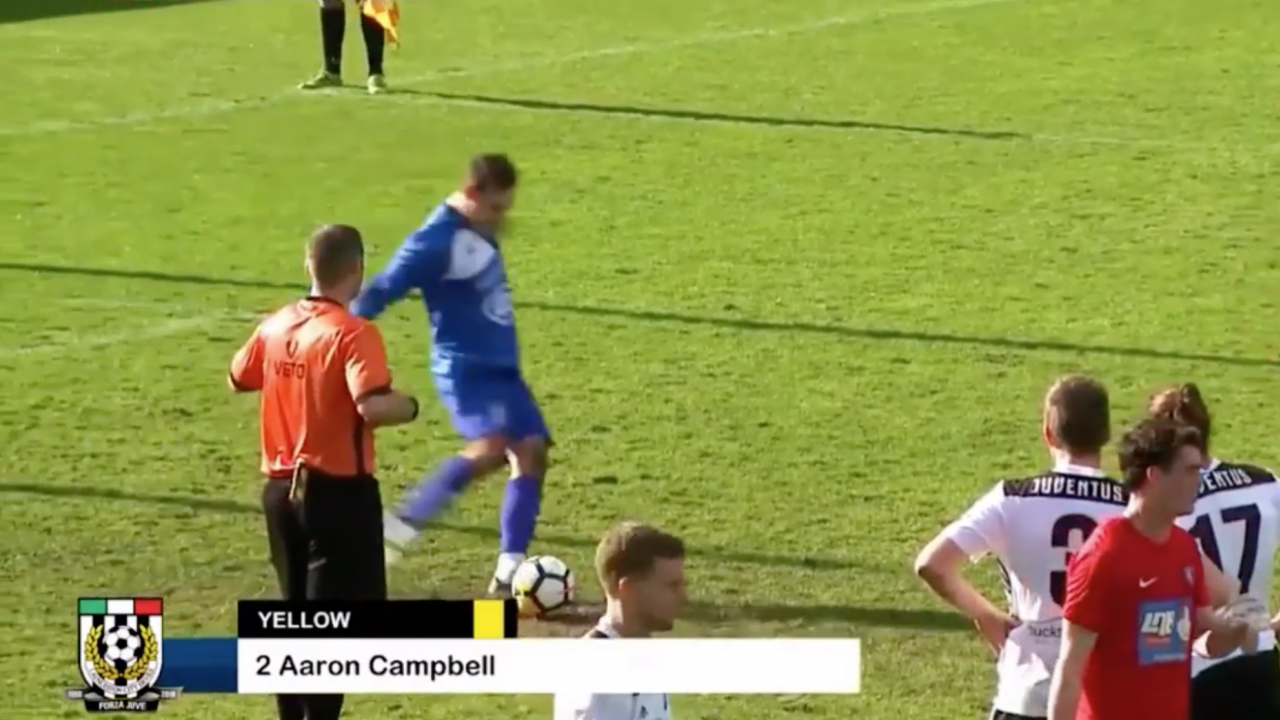 We don’t know who this goalie is, but we want him on our team. We here at The18 are all for these types of goalkeeper mind games.

This keeper takes shithousery to a new level. He doesn’t give a fuck about decorum. He just wants to get in your head.

Facing a penalty kick, this keeper just hoofs the ball away before the opponent can take his kick.

Sure, he got a yellow card for his efforts — a slice of cheese per the Aussie lingo. But when the Mix Diskerud-wannabe finally took his spot kick, it was a tame attempt, easily saved by the keeper.

For us, shithousery doesn’t get any better. It was fairly clean, no one got hurt and the perpetrator was justly punished in the short term but rewarded in the end.

While we can’t be sure because everything that happens in Australia is upside down, we believe this was a match between Launceston City and South Hobart of the National Premier League Tasmania. Launceston City used to be Launceston Juventus, with links to the Italian club, hence the uniforms.

The video at the top of this page was pulled from the following gag reel from Aussie football over the past year. It’s an impressive compilation, meaning someone put in a lot of time watching a lot of subpar soccer Down Under.

Anyway, these goalkeeper mind games put this Aussie keeper on par with some of the greatest moments of shithousery we’ve seen in recent years, and we’ve seen some real next-level shithousery.