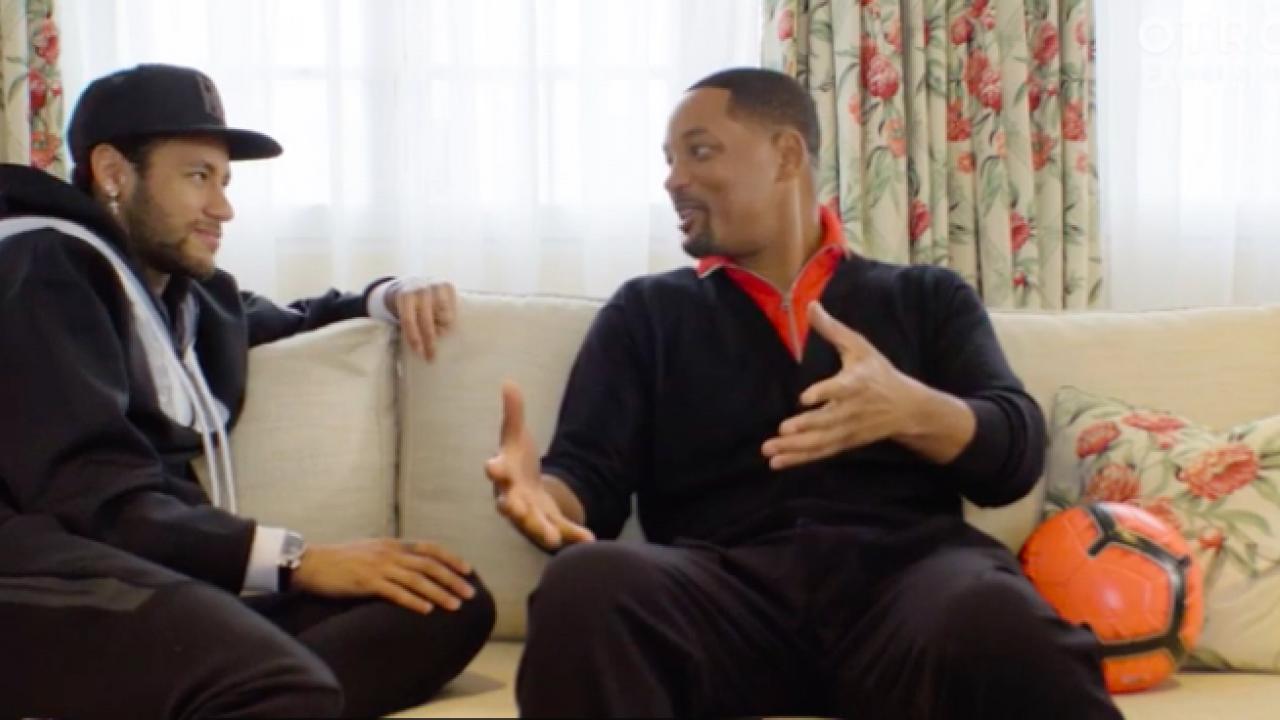 The Fresh Prince Of Paris: Neymar Meets Will Smith

It’s not been the best week for Neymar. On Monday, the Brazilian missed out on the 30-player shortlist for the 2019 Ballon d’Or award. On Tuesday, he missed PSG’s 5-0 beatdown of Club Brugge due to a hamstring injury he picked up on international duty. That absence gave rise to an unfortunate stat for the 27-year-old: Following his $247 million transfer to PSG in the summer of 2017, Neymar has now missed half of his club’s fixtures across all competitions (63 of 126).

But Neymar’s much-publicized pursuit of happiness continues in Paris, and he’s been buoyed by a recent meeting with a personal hero: Hollywood megastar Will Smith.

Smith is a big soccer fan — he performed at the closing ceremony of the 2018 FIFA World Cup in Moscow — and he claims that he’d been trying to meet Neymar for 10 years now.

The two create a new celebration for Neymar to unveil, discuss Smith’s most difficult role (his Academy Award-nominated performance as Muhammad Ali in Ali) and candidly discuss the difficulties of fatherhood while constantly being in the limelight.

“You know, even with me, just my presence, just being there sometimes is pressure on my children,” says Smith. “So, you know, I struggle with understanding that.”

To which Neymar replies, “I should be the one asking for advice!”