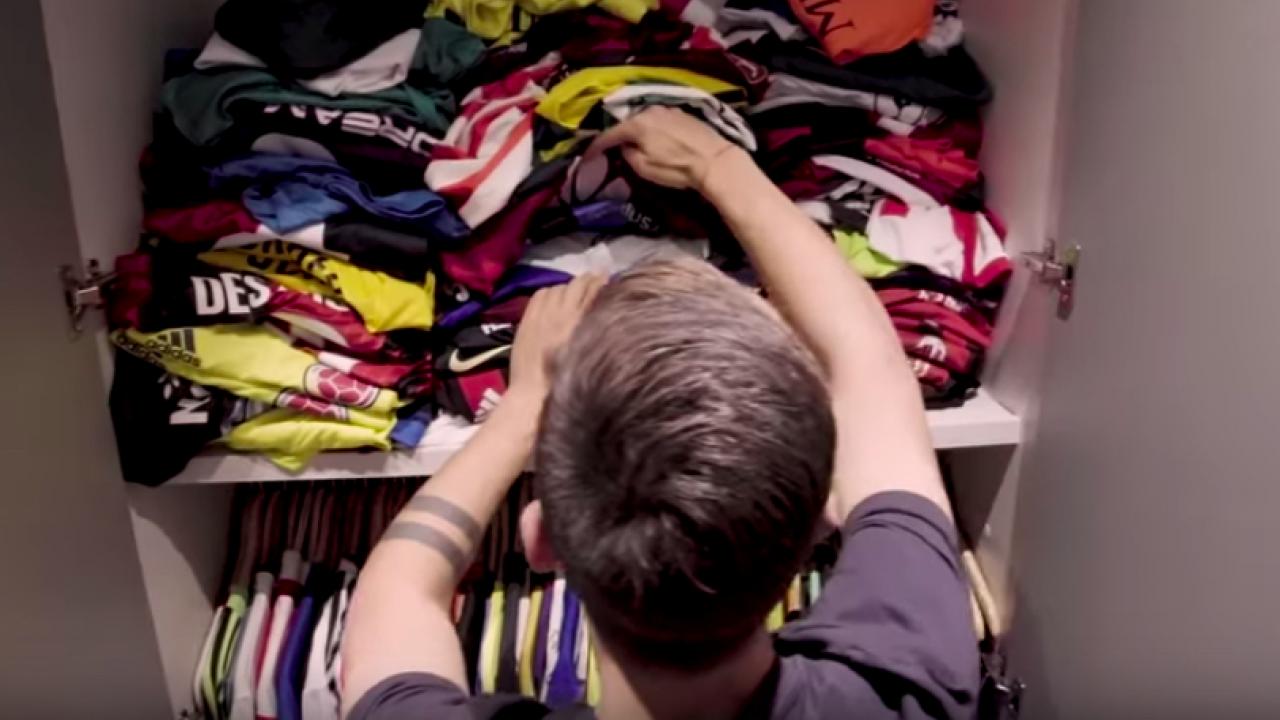 At the age of 25, Paulo Dybala’s already conquered much of the footballing world — fitting for a man that celebrates his goals by donning a figurative gladiator mask. This season marks his fifth with Italian power Juventus, and every previous year has finished with a Serie A title to go along with three Coppa Italia triumphs.

At the international level, Dybala’s represented Argentina 27 times and been included in both a World Cup squad (2018) and a Copa América team (2019). Apart from the collective and individual honors, this has led to the accumulation of something else that Dybala has treasured his entire life: jerseys.

According to Dybala, as of a count made last year, his collection includes over 350 shirts. These have all been acquired after matches with Instituto de Córdoba, Palermo, Juventus and the national team, so it’s no surprise to see some pretty awesome pieces in his collection.

We also like the fact that Dybala has them stuffed in a closet. He should look to Lionel Messi for some inspiration in interior decoration.