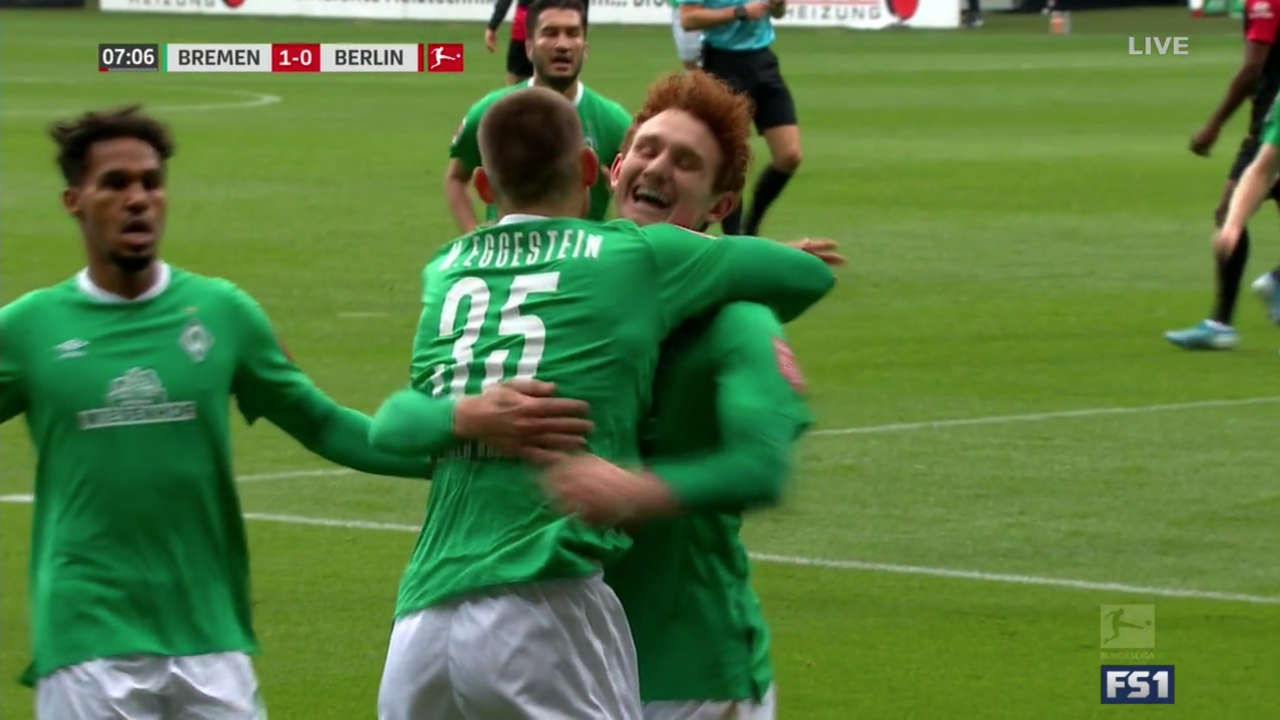 Josh Sargent Responds To USMNT Angst With Goal After 7 Minutes

Josh Sargent, like many of his USMNT teammates, will not have been pleased with how the international break went. Though the 19-year-old striker was on the scoresheet in a rout of Cuba, he struggled just like the rest of the team in the shock defeat to Canada.

So bad were things against Canada that Sargent sprinted to the sideline expecting to be subbed out only to find out he was asked to play the entire game.

Back in Germany with Werder Bremen, however, Sargent was able to release some angst early on in the Bundesliga match with Hertha Berlin on Saturday.

A mere seven minutes into Saturday’s game, Sargent played a one-two with Maximilian Eggestein before taking a low shot on goal. With the help of a deflection, the ball ended up past keeper Rune Jarstein and in the back of the net.

Josh Sargent scored his second goal of the season as Werder Bremen took a 1-0 lead into halftime against Hertha Berlin  pic.twitter.com/LsDPTZkoah

It wasn’t his best goal in Bremen green for Sargent — that came on his first goal of the season in September — but it was an important one to get his team (and his psyche) off to a good start after the international break.

Ultimately, Hertha equalized through Dodi Lukebakio (after shrugging off a challenge from Sargent) in the 70th minute. But Sargent’s goal was enough for a point in a 1-1 draw. The American teen was subbed out in the 74th minute, this time reading the substitution board correctly.