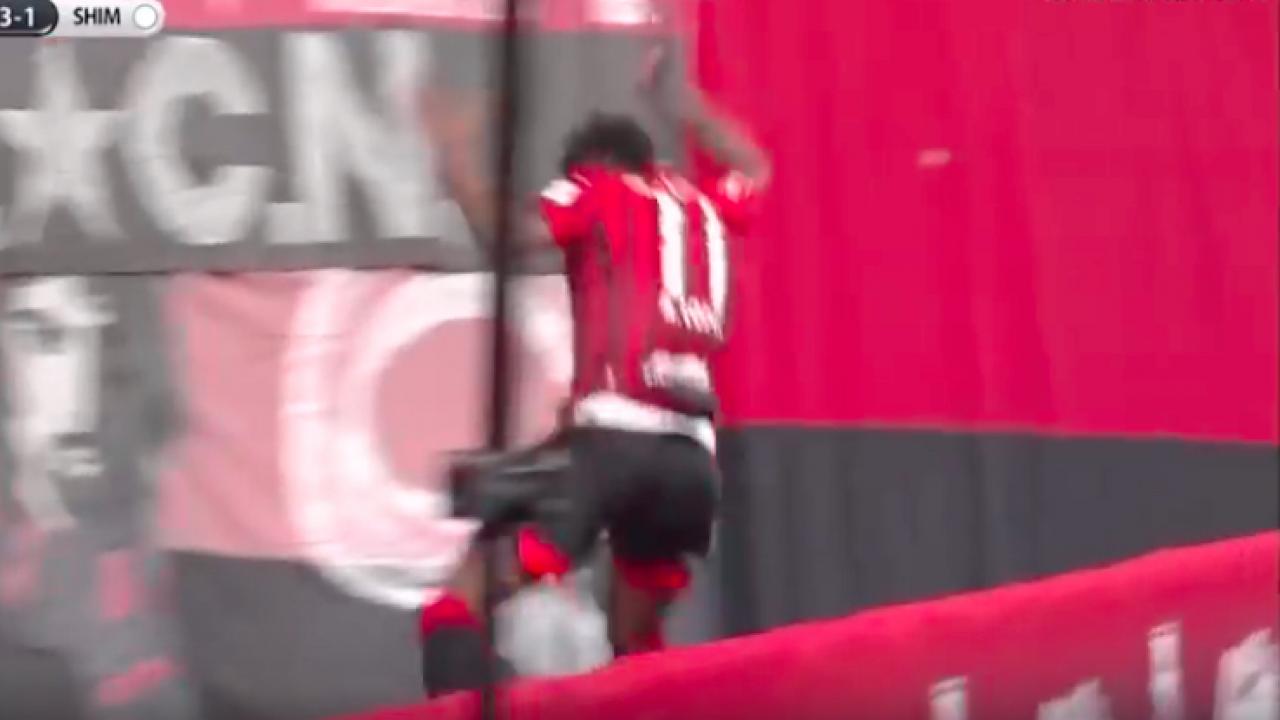 Brazilian striker Anderson Lopes played his first match for Consadole Sapporo in the J1 League on Friday, and the attacker came away with four goals and an important lesson in the layout of his club’s home ground, the Sapporo Dome.

With Consadole leading Shimizu S-Pulse 2-1 in the 49th minute, Anderson Lopes scored his second of the match and promptly went to celebrate with supporters behind the goal. Unfortunately, his jump over the advertising hoardings was quickly met with the realization that he faced a 10-foot drop to the hard ground below.

After quickly receiving medical attention, Anderson Lopes would continue. In fact, the Brazilian would register a hat-trick only 16 minutes later, and then he’d add a fourth in the 69th minute, so it's OK to laugh.