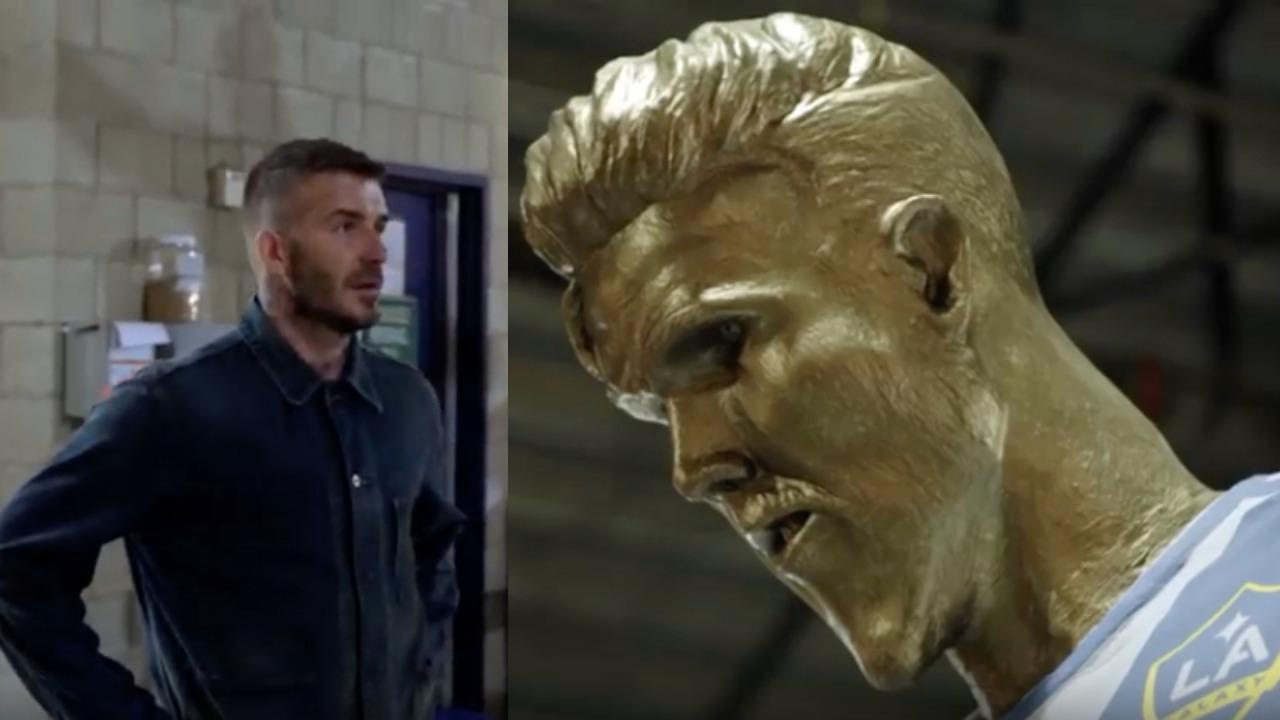 If I’m James Corden, I’m watching my back like a paranoid mafioso. This prank he pulled on David Beckham is absolutely brutal, and there’s no way Beckham’s not going to retaliate in some fashion.

On Saturday, March 2, the LA Galaxy used their season opener against the Chicago Fire to unveil a statue in honor of Beckham outside of Dignity Health Sports Park. Everything went swimmingly (although some questioned why Beckham received the honor as opposed to Landon Donovan or Robbie Keane), and the Galaxy avoided its own version of that Cristiano Ronaldo bust at the Madeira Airport.

But actually, Beckham himself was made to suffer through it thanks to Corden’s The Late Late Show on CBS.

You can see that this statue meant a great deal to Beckham. It’d been in the works for over a year, he’d flown to Chicago to speak with the sculptor and offer his input and he’d flown his parents out from London for the work’s unveiling. He was totally invested in the project.

But Corden was just as invested in his prank. They built a ridiculous model, they got the entire Galaxy head office involved (including Galaxy president Chris Klein), they hired a plethora of actors to create the unveiling atmosphere (including comedian Maz Jobrani to play the part of the sculptor), they created a faux highlight reel to really annoy “Dave” and they ultimately got the soft-spoken Englishman to lose a bit of his cool (in fairness to Beckham, it really was only a bit).

But it’s so awkward that I had to pause a few times just to escape from it all.