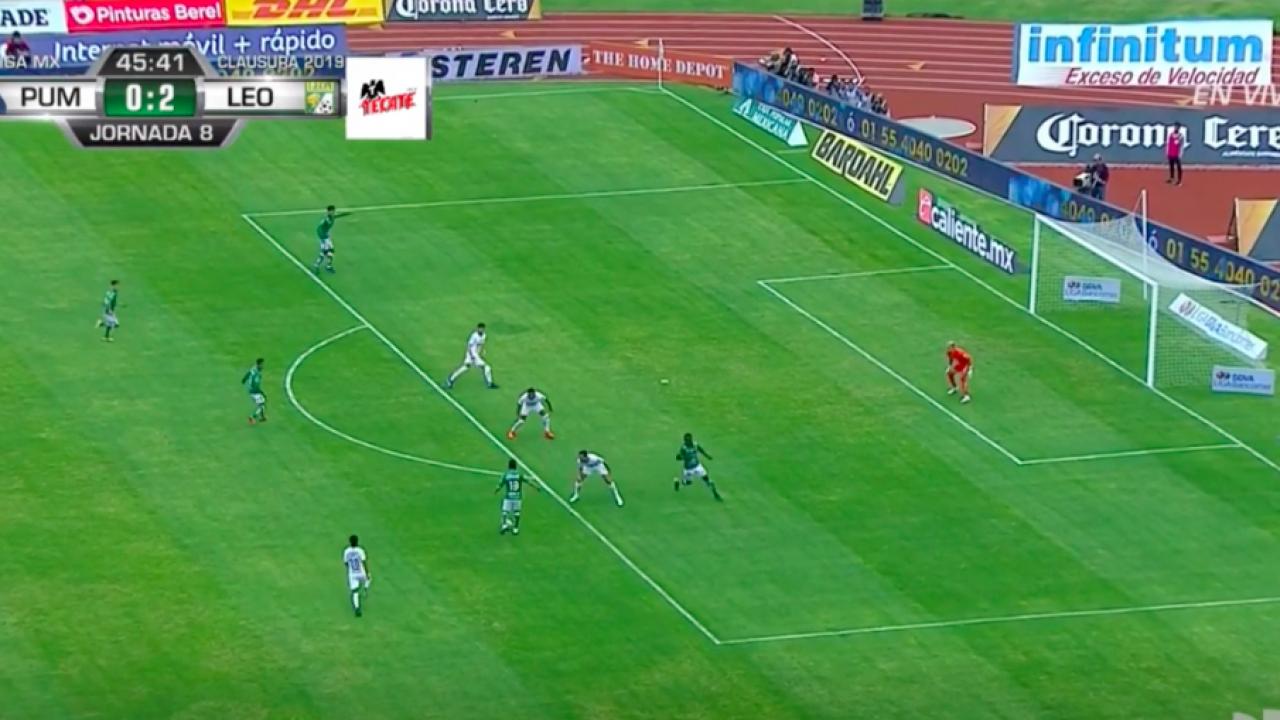 Last night, León (The Club That Landon Built) defeated Pumas 3-1 in a match that was played 10-on-10 for 20 minutes. José Juan Macías, Ángel Mena and Vinicio Angulo were among the goals for León, who stayed within touching distance of Tigres and Monterrey at the top of the Clausura table.

But the real highlight of the match took place in the 46th minute with León on the attack. A horrible turnover created the four-on-three opportunity, which eventually led to one shot striking the post, another cracking the crossbar, a third being blocked near the goal-line and a fourth being nicely saved by Alfredo Saldívar.

This is really just an excellent trailer for FIFA 20, which will hopefully feature Tyler Adams and Diego Lainez on the cover.