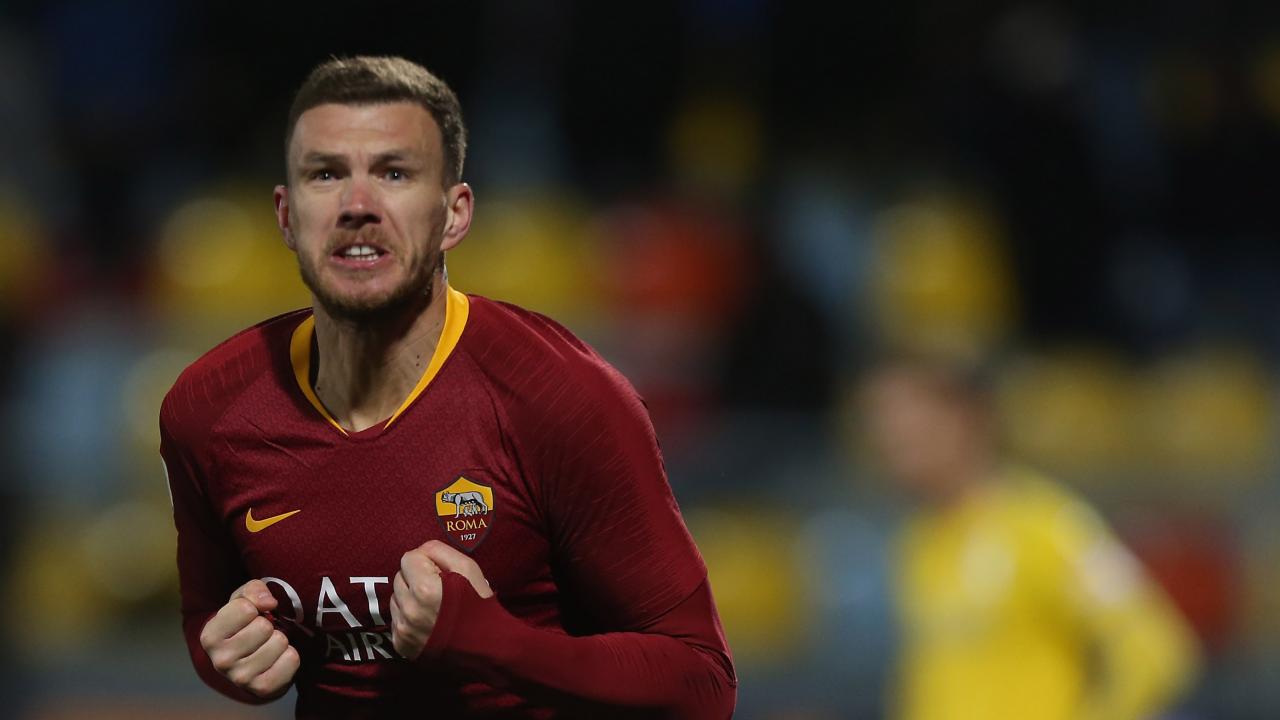 Edin Dzeko Scored A 95th-Minute Winner With His, Uh, Crotch

AS Roma had a wild trip to Frosinone’s Stadio Benito Stirpe on Saturday night. The home side led after five minutes, Roma took the lead with two goals in 72 seconds and Frosinone equalized in the 80th minute.

But thanks to the Dzeko goal vs Frosinone in the 95th minute, the Giallorossi eked out a 3-2 victory.

It was a, shall we say, ballsy effort from Dzeko, who also opened the scoring for Roma in the 30th minute.

With the clock winding down on the visitors, who needed a win to keep pace with AC Milan in the race for the final Champions League spot, Daniele De Rossi played a remarkable through ball to spring Stephan El Shaarawy in behind the Frosinone defense. El Shaarawy then played the ball square to Dzeko.

The cross, however, was at an awkward height, and the striker do what he had to to turn the ball into the back of the net, flinging his groin at the ball.

Edin Dzeko is on-fire! Second goal of the day coming in the last minute of #FrosinoneRoma. @EdDzeko pic.twitter.com/J9VFfDX7O0

The Bosnian really is the complete package.

As it turned out, Dzeko’s crotch received the final touch of the game as Roma won 3-2 to move back to one point behind AC Milan.