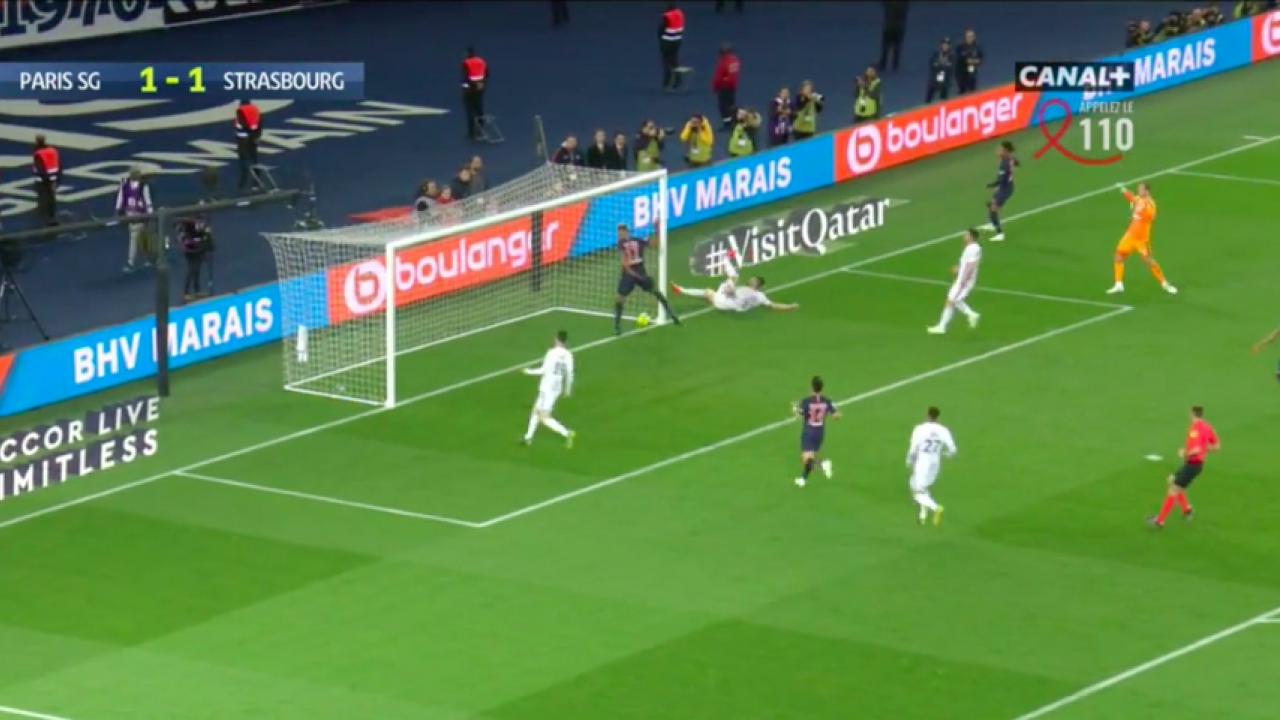 Following Lille’s 1-1 draw with Reims on Sunday, PSG had a chance to clinch the Ligue 1 title with seven matches remaining by defeating eighth place Strasbourg at the Parc des Princes.

With the title just a matter of time, Thomas Tuchel elected to hand starts to the likes of Colin Dagba, Leandro Paredes, Layvin Kurzawa and a forward line spearheaded by Christopher Nkunku and Eric Maxim Choupo-Moting.

It was Choupo-Moting who actually handed PSG the lead in the 13th minute, only for Strasbourg to answer back via Nuno da Costa. But in the 28th minute, PSG looked certain to regain the advantage after a chip from Nkunku beat the keeper and bounced toward the goal mouth.

However, there was his teammate, Choupo-Moting, with one of the greatest goal-line clearances you’ll ever see. That’s how you save your side from winning the Ligue 1 title prematurely and keep the globe captivated.

This peice of defending was made all the worse when Anthony Goncalves put Strasbourg up 2-1 in the 38th minute. Tuchel threw on Kylian Mbappe, Julian Draxler and Thilo Kehrer, and although Kehrer would equalize for PSG, the club must wait to confirm the Ligue 1 title.

It’ll probably happen next Sunday when PSG travels to Lille.