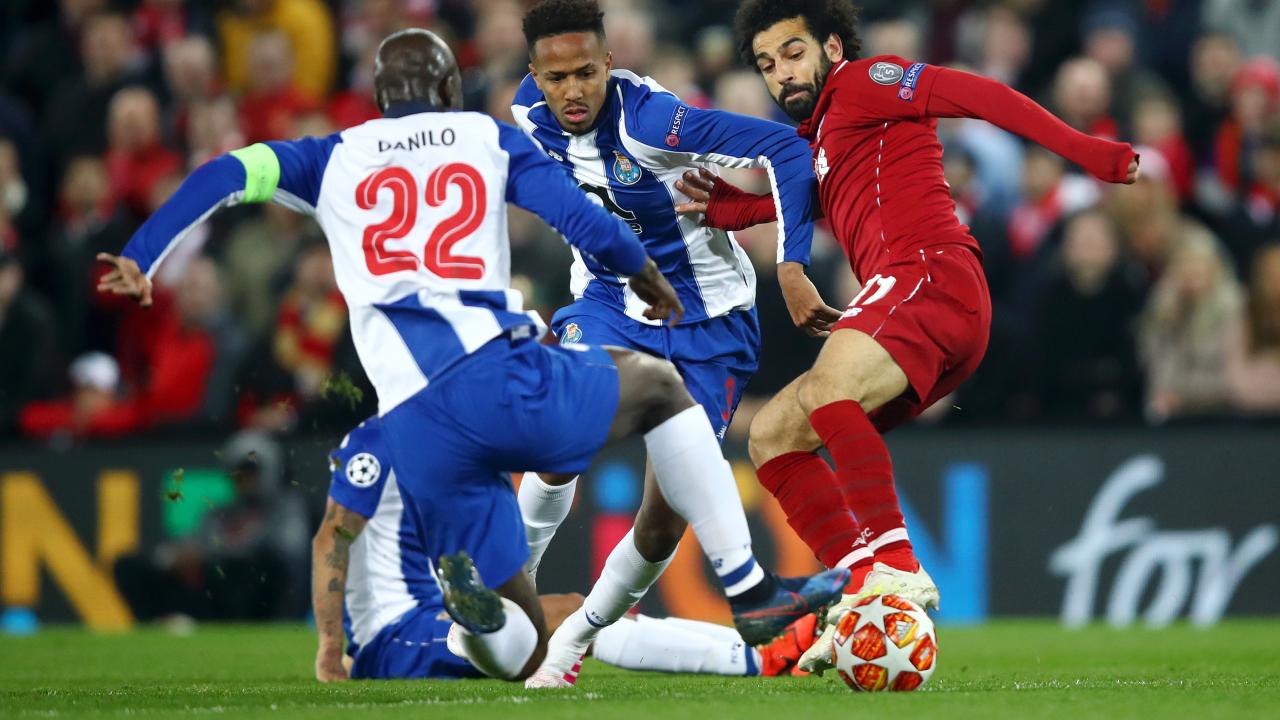 Did Mo Salah Deserve Red For This Tackle On Danilo That Didn't Even Earn Yellow?

On Tuesday night, Liverpool saw off Benfica 2-0 in the first leg of their Champions League quarterfinal. It was fairly routine for the Reds, who could have scored more but also could’ve conceded a couple. Regardless of the final result, Liverpool was a bit lucky the Mo Salah tackle on Danilo Pereira did not draw severe punishment.

In the 84th minute of the match, Salah lunged for the ball with his studs out. His cleats caught the shin of Danilo and Salah didn’t exactly pull out of the challenge after Danilo had knocked the ball away.

Referee Antonio Mateu Lahoz whistled for a foul, but did not pull out a card, nor was VAR consulted following the play.

That really was a horrific tackle, just about as bad as it gets, regardless of intent.

“Danilo should thank god because this is a leg-breaker — not trying to kick the ball,” Porto president Pinto Da Costa said after the match. “I thank god he does not have a broken leg.”

(If there is a god, I think she’d have more important things to do like feeding the hungry and preventing genocide than to watch over soccer players to prevent injury.)

Typically, any time you leave stud marks in your opponent you’re likely to see a red card. Now, this isn’t always the case, but it’s a pretty straightforward rule.

But sometimes referees make baffling decisions. We all remember Nigel De Jong karate kicking Xabi Alonso in the 2010 World Cup final without being sent off. Earlier this year, Danny Rose lunged his cleats into the chest of Bernd Leno in the North London Derby but didn’t receive a card while later in the same match Lucas Torreira was sent off for a studs-up challenge that was similar to the one Salah committed Tuesday, only Torreira got ball first.

It’s hard to watch the replay — especially in slow motion — and not conclude the Salah tackle on Danilo deserved a red card. Liverpool should count itself lucky it will have its star forward available for the return leg in Portugal next week and for a potential semifinal.

Of course, seeing as Liverpool fans are among the most sensitive (up there with fans of Manchester United and Cristiano Ronaldo), I’m sure there will be plenty of Salah apologists. But to those partisans I ask how they would have felt had Danilo done the same to Salah.