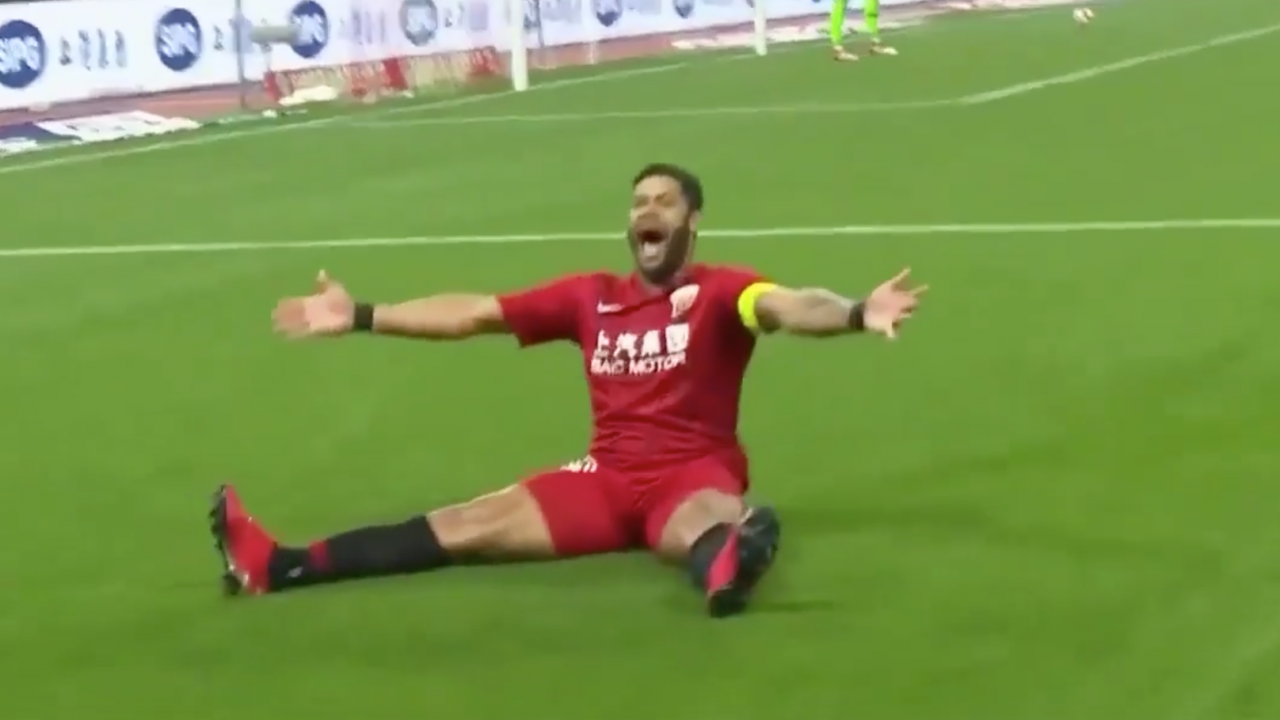 No, not the radioactive green behemoth from the comic books, good old Givanildo Vieira de Sousa, better known as Hulk, the Brazilian beefcake renowned for his muscular appearance and ridiculously strong left peg.

Hulk, formerly of Porto and Zenit St. Petersburg, is in his fourth season in China with Shanghai SIPG in the Chinese Super League. He scored his first goal of the new campaign on Friday and it was classic Hulk.

In the 58th minute, with his team trailing Chongqing Lifan by a goal, Hulk found himself 30 yards from goal with no one closing down on him — a huge mistake by the defense. The No. 10 did as he so often does, a powerful Hulk smash from long range that looked like it was going to tear through the back of the net.

The goal was Hulk’s first of the year in his sixth appearance (third in the CSL). However, it came in SIPG’s first league defeat of the year as Yan Junling bundled in an own goal in the 93rd minute to give Lifan all three points.