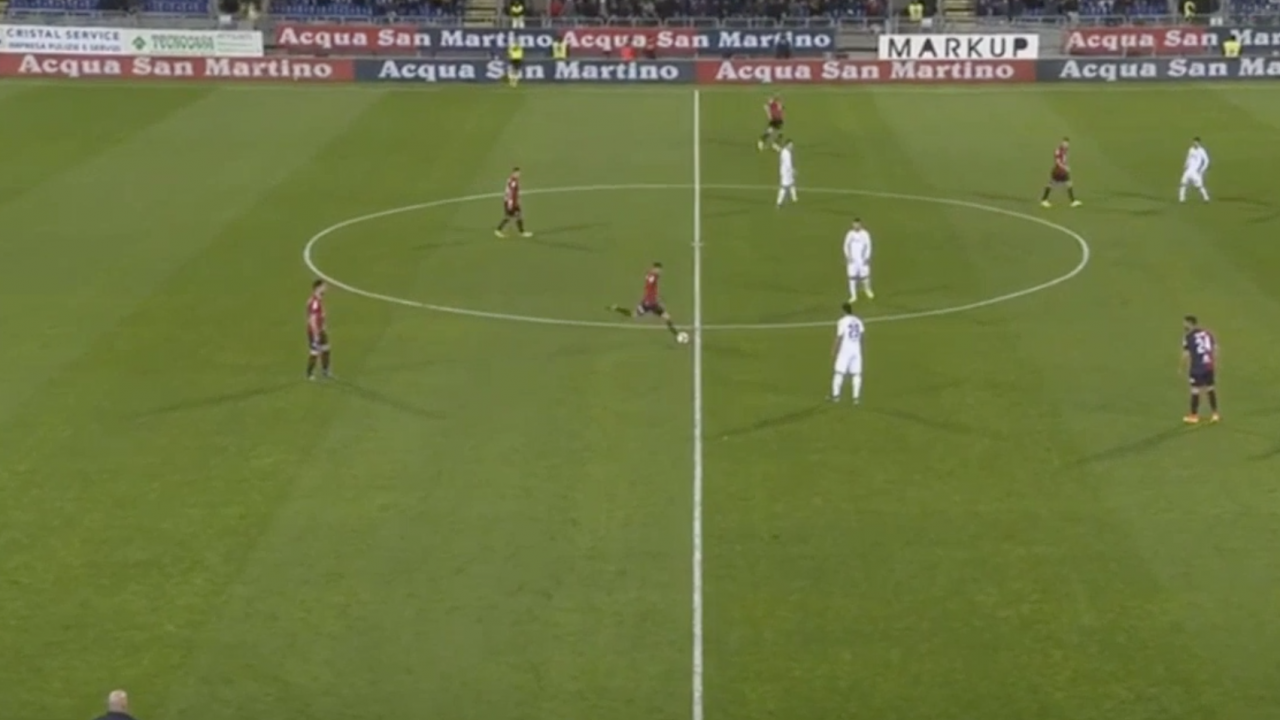 Watch: Cagliari Goal From Own Half Disallowed Because It Was An Indirect Free Kick

During a Serie A match against Fiorentina on Friday, Cigarini scored what could have been the best goal of his career, launching a free kick from his own half into the back of the net.

But the goal didn’t count.

No, it wasn’t the result of VAR or suspicious refereeing (well, maybe a little of the latter). Instead, it was a case of a direct vs indirect free kick scenario.

Unfortunately (and this is where the suspicious refereeing comes in) the official did not raise his arm to indicate an indirect free kick was taking place. At least not until after the kick was scored.

Had Terracciano touched the ball on its way in, the goal would have stood.

Ultimately, it didn’t matter too much for Cagliari, which recorded a 2-1 win to move nine points clear of the relegation zone. Another Luca, Ceppitelli, scored the eventual winner in the 66th minute before a late consolation from Federico Chiesa.

Additionally, free kicks are always indirect after offside calls, as was the case in the above play.