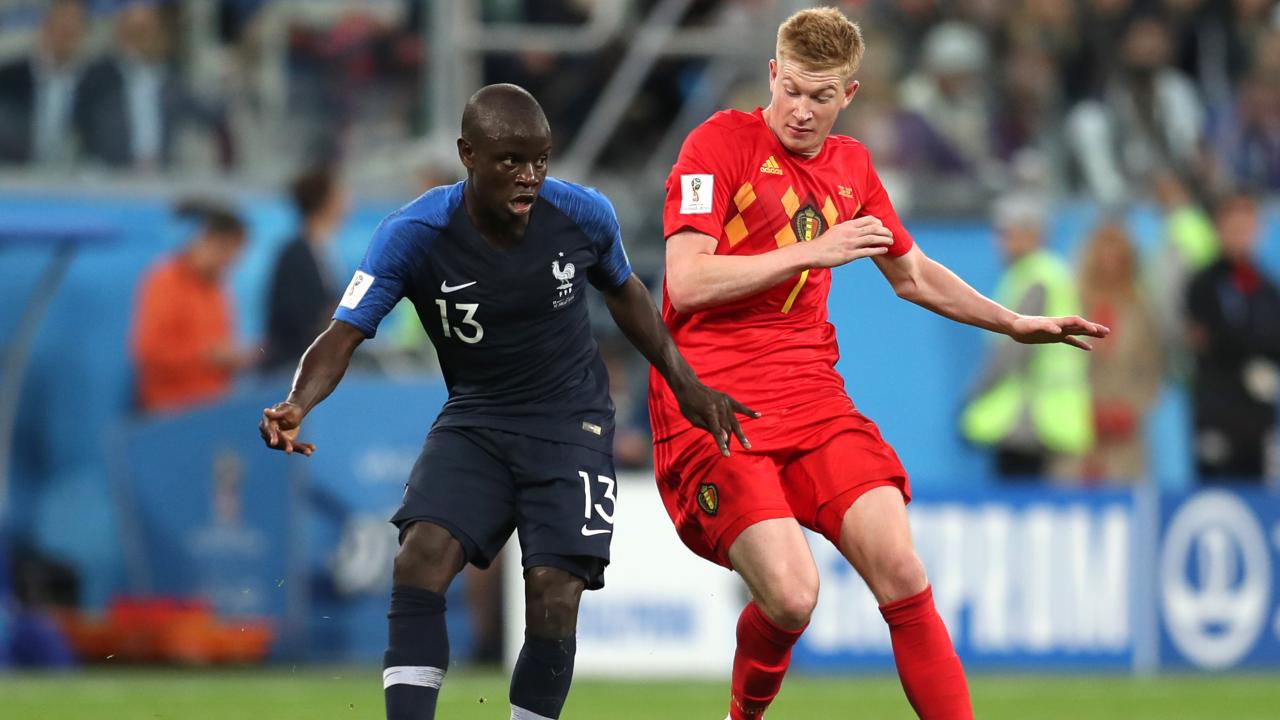 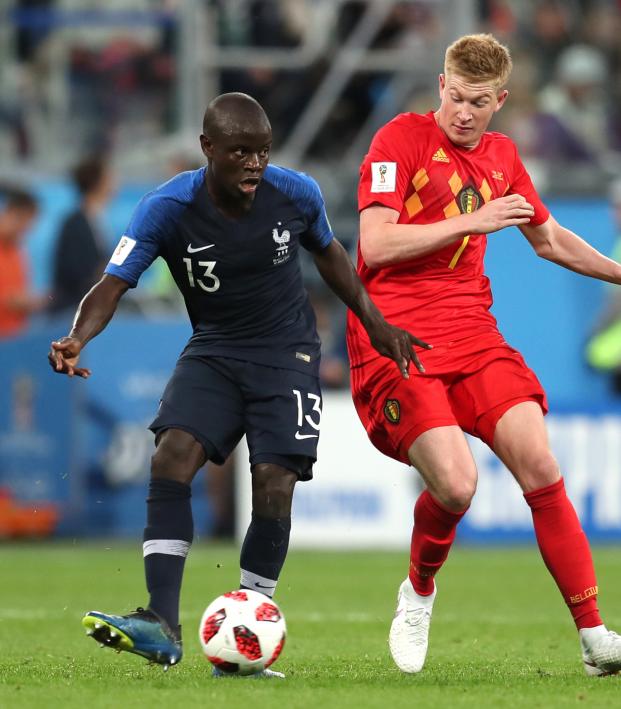 Following The World Cup, Is There A New Understanding Of ‘The World’s Best Player?’

Tabaré Azcona July 26, 2018
With Messi, Ronaldo and Neymar failing at the World Cup, it's clear dribblers and strikers don’t play the most fundamental role in the game.

For too many years already, Lionel Messi and Cristiano Ronaldo have absolutely dominated the discussion surrounding who is the best soccer player in the world. The Argentinean and the Portuguese have formed a hegemonic dynasty that's lasted since at least 2008. To find a Ballon d'Or winner other than Messi and Ronaldo, one has to travel all the way to 2007 when Brazilian star Kaká won the prize, and he's now retired.

Arguably, there've been other players that deserved the award over the last decade — Xavi, Andrés Iniesta, Franck Ribéry and Neymar, to name a few. Although the beautiful game has officially known only two monarchs over the last ten years, their reign may very well be coming to an end.

The New Prototype: Who Is The Best Soccer Player

As usual, the highest expectations were placed on the big names in Russia: Lionel Messi, Cristiano Ronaldo, Neymar.

Many of us thought we would see one of these phenomenons lead their respective country to World Cup glory. And yet, this World Cup showed that it's not always the most flashy players that make you win the most important tournaments.

Time is ruthless and it takes its toll on everyone, including Messi and Ronaldo. At 33, it seemed this year was Cristiano Ronaldo’s last chance to compete to win the World Cup in top form. At 31, Lionel Messi can likely wait until 2022 to prove his greatness is not short of Maradona.

On the other hand, Neymar failed to lead Brazil to its sixth World Cup back in 2014 — when he was sidelined in the semifinals due to a back injury — and again in 2018.

Croatia’s Luka Modric emerged as the top player in this World Cup. Nevertheless, his extraordinary performances and leadership were insufficient to win the trophy for his country.

Football is a game won by goals and therefore it is goal-scoring players that get all the glory. Rarely will a goalkeeper or defender, no matter how good they may be, claim the spotlight. This might be considered unfair as other positions are arguably as important as that of the strikers.

France and Croatia Set the Example

So let’s take a look at the World Champions for a moment. France’s most forward player — at least looking at the team’s tactical set up — was Olivier Giroud. Yet the Chelsea man failed to score even one goal in the whole tournament.

It must be said that even while Giroud could not contribute with any goals, he did an outstanding job creating space while keeping defenders busy and holding the ball.

One of the tournament’s revelations was 19-year-old Kylian Mbappé. His speed, dribbling and finishing abilities tore defenses apart. Yet it seems to me that Antoine Griezmann had a more important role in orchestrating France’s attack. The Atlético Madrid star set the tempo, passed the ball and scored whenever his team needed it most.

Last World Cup proved that collective play, rather than individual talent, gets you to win the most important games. For this reason, the most skilled players like Messi, Ronaldo and Neymar were sidelined.

What player or what position, we might ask, is the most important? Like we said before, goal-scorers will always claim the glory for themselves. However, there are other players that silently carry their teams to success.

The man absolutely rules the midfield. He is tasked with retrieving the ball, keeping tactical order and, once possession is gained, structuring the team’s attack.

Before signing for Chelsea in 2016, Kanté led Leicester City to a historic EPL title. Of course, Jamie Vardy and Riyad Mahrez were instrumental in the team’s success. Next season, however, with Kanté gone, the Foxes lost much of their strength and stability. Nevertheless, in his first season playing for Chelsea, Kanté was again EPL champion.

A year later, he is World Champion. Sheer luck? I don’t think so.

Luka Modric deservedly won the Golden Ball in Russia. He, alongside Ivan Rakitic, gave Croatia enough stability in the midfield to allow players like Ivan Perisic and Mario Mandzukic to shine. And it almost payed off with a World Cup title.

I think much of Lionel Messi’s success, at least in the early years of his Barcelona career, was due to the the team’s superb midfield, composed of Sergio Busquets, Xavi and Andrés Iniesta.

On the other hand, Cristiano Ronaldo’s freedom to attack was largely granted by players such as Xabi Alonso, Toni Kroos and Luka Modric. What I’m trying to get at here is we are possibly neglecting the game’s best, more complete players because dribbling and goals are too seducing.

Midfielders, especially the ones both capable of defending and attacking, are a team’s backbone. Furthermore, they allow teammates to concentrate on what they do best. Moreover, midfielders often help neutralize the most talented opponents, like N’Golo Kanté did with Messi in the France vs. Argentina Round of 16 match.

This is not to say players like Messi, Ronaldo or Neymar aren’t great and quite possibly the greatest of all time. But who are they without strong, multitasking midfielders? Talented midfielder's vision and creativity is also fundamental for strikers to find space and realize their top potentialities.

Another thing that characterizes these players is they are geniuses of collective play. In cotrast to goal-scorers, who are often selfish, players like Modric and even Griezmann have shown the team is always first.

In conclusion, while this kind of player being in the spotlight may seem new to us, their relevance for teams is as old as the game itself. For all these reasons I believe it is players like Kanté, Modric, Rakitic, Kevin De Bruyne, Paul Pogba and Blaise Matuidi who deserve more merit and that will still determine how the best teams will look like in the years to come.

Plus, who has a cooler song than N’Golo Kanté?