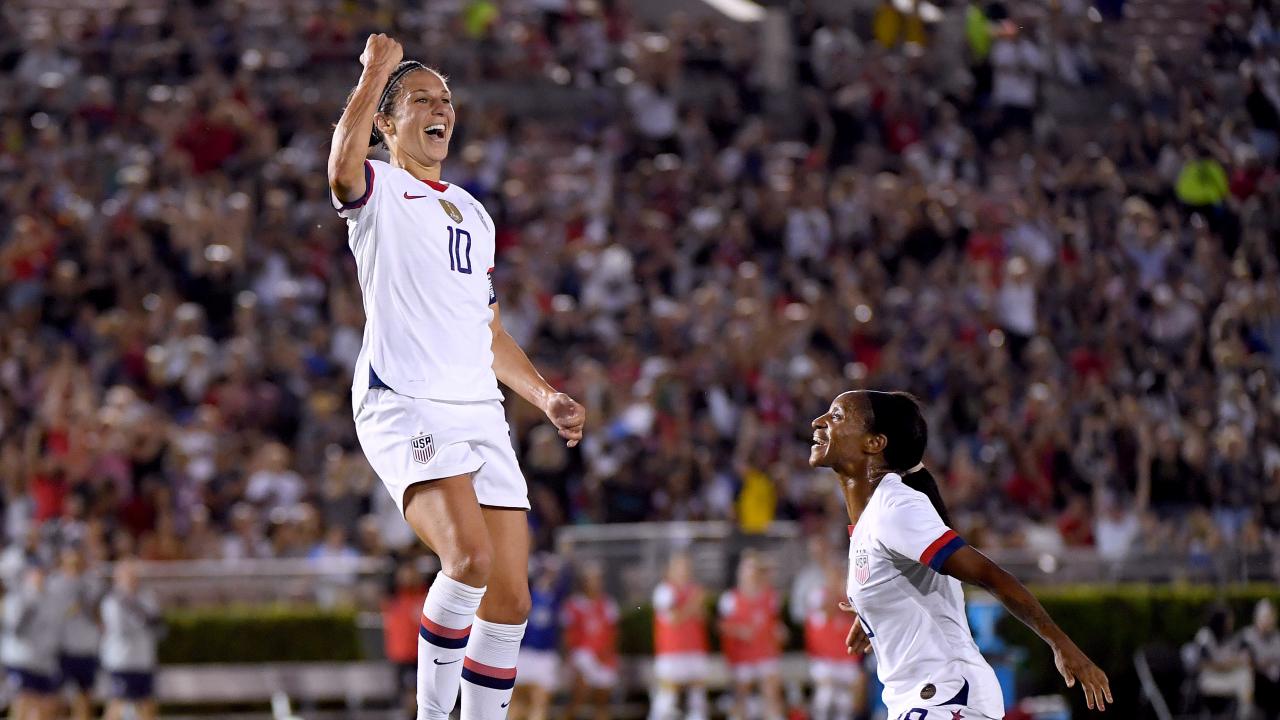 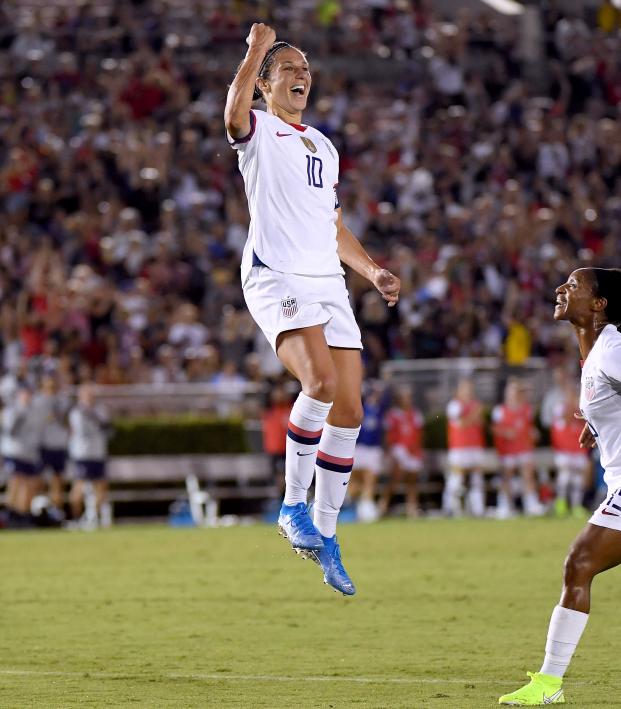 Carli Lloyd’s Towering Header Kicks Off Victory Tour In Front Of Over 37,000

A crowd of 37,040 was on hand at the Rose Bowl in Southern California to watch the USWNT kick off its Victory Tour with a 3-0 win over the Republic of Ireland on Saturday night. First half goals from Tobin Heath, Lindsey Horan and Carli Lloyd settled things by the 41st minute, and 17 different World Cup-winners made an appearance on the night, although star attractions Alex Morgan and Megan Rapinoe both missed the match while recovering from minor injuries.

The stars were out in Pasadena, including Kobe Bryant’s family.

The Bryant fam in the house today. pic.twitter.com/bnUz2rmAdO

And some USWNT legends.

After spending a month watching this team dazzle out in France, the Victory Tour gives young fans the surreal experience of watching these larger-than-life athletes up close. It’s a life changer.

this is what it means pic.twitter.com/3uSMtzVfij

Out on the pitch, the action was entirely one-sided. Ireland failed to qualify for the 2019 Women’s World Cup after being placed in a difficult qualifying group featuring the Netherlands and Norway, and the team hadn’t played a match since April 9.

Accordingly, the USWNT outshot its opponents 30-2, including nine shots on target as opposed to zero for Ireland. The U.S. controlled 81 percent of possession and forced 15 corner kicks.

The first goal arrived in the 16th minute after Christen Press floated a lovely cross to the back post for Heath to nod in.

The second goal came in the 31st minute after a solo run from Heath eventually ended with Sam Mewis in possession about 25 yards out. Her shot was deflected by Press in the box, but the deflection ran through to Horan at the far post.

The third was the best of the match: a Kelley O’Hara cross met with a towering header from Lloyd. That’s goal number 114 for the 37-year-old.

The Victory Tour continues on Thursday, Aug. 29 with a match against Portugal at Lincoln Financial Field in Philadelphia.