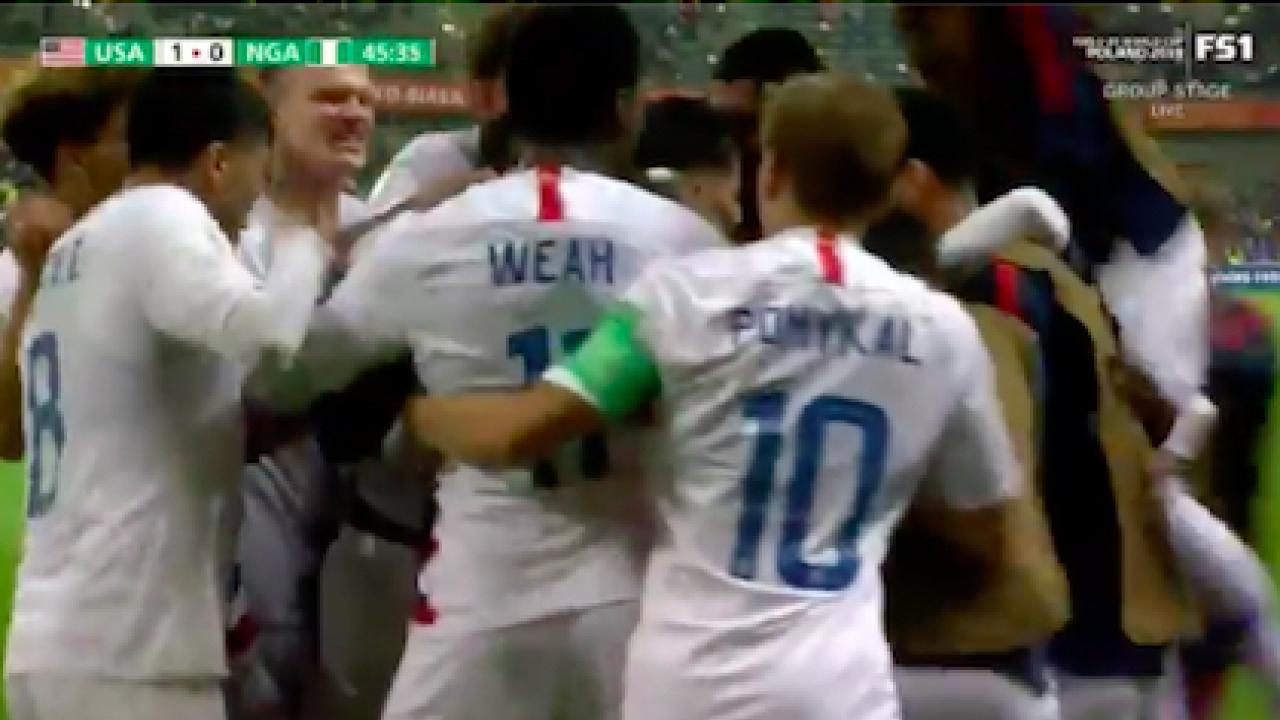 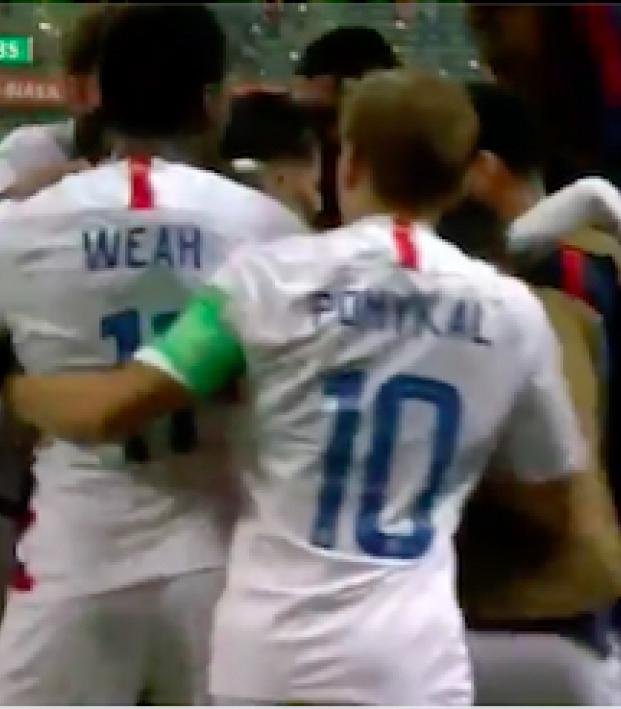 Connor Fleming May 27, 2019
Sebastian Soto’s inclusion up top led to a brace and a much-needed victory for the lads.

For many Americans, win = good and loss = bad. It’s ingrained in the psyche of a sporting nation that values hundreds of points in a single game — the highest entertainment consisting of a series of start-stop mini games that bear no resemblance to the intricate processes that dictate the 90 minutes of play on a soccer field.

So despite an extremely promising start against Ukraine at the U-20 World Cup, the most appreciated response to that 2-1 defeat was doom and gloom. But, as evidenced by a 2-0 victory over a Nigeria team that was flying after an opening 4-0 win over Qatar, the next generation of U.S. talent is entirely un-American in its approach.

With the rain driving at Stadion Miejski in Bielsko-Biała, a sparse crowd turned out for the match, allowing the audience on FS1 to hear every shout from U.S. coach Tab Ramos and his staff. Fortunately for the young viewers, it was largely words of encouragement and praise.

The one change from the opening match was Ramos’ decision to start Sebastian Soto, a true striker, up top after Tim Weah’s ineffective display in that role against Ukraine. Weah was pushed wide, and the changed paid immediate dividends.

An 18th minute corner kick was delivered by the heavenly left foot of Alexis Mendez, and Soto buried his header.

Sebastian Soto scores his first goal of the tournament and puts on pic.twitter.com/m2V6ok1MaC

The U.S. created more fantastic opportunities – twice striking the crossbar with deflected efforts, Weah denied when played through and Soto putting the ball in the net only for it to be correctly ruled out for offside — but Nigeria also showed its class at the other end, only to be denied by a combination of goalkeeper Brady Scott and the crossbar.

It was a fantastic first half, but the start of the second was even better from a U.S. perspective. Only 25 seconds after the restart, Soto had his brace after a fantastically incisive buildup from the Yanks.

Sebastian Soto scores his second of the game and doubles the USMNT's lead pic.twitter.com/uOsBAKvZwx

In the 77th minute, Alexi Lalas made a really strange argument — a sort of criticism — of Ramos and this U.S. youth team for not playing entirely like the senior side. His main point was how Gregg Berhalter is now utilizing Tyler Adams at right back, but that approach isn’t being mirrored at the U-20 level.

It’s a nonsensical argument because Berhalter's doing that because of the skill set of Tyler Adams, a precociously talented 20-year-old, coupled with the abilities of Weston McKennie, Wil Trapp and Christian Pulisic in midfield.

Any decent coach will tell you that you find a scheme to match the talents of your group — you don’t pigeonhole players simply because you’re hellbent on a certain scheme — and that’s why Adams is at right back.

And again, Adams is 20. That role is filled. We don’t need a U-20 player being groomed as his successor, because there isn’t one. Paxton Pomykal, Chris Durkin and Alexis Mendez are entirely different midfielders, why shoehorn them into right back at the youth level? Sorry, this Lalas point really just made no goddamn sense to me.

Anyway, the U.S. was guilty of taking its foot off the pedal in the second half, but the boys finished with 60 percent possession and saw things through.

The final day of group play is on Thursday, May 30.

Group leader Ukraine (who’ve already secured passage to the knockout stage) plays Nigeria. The U.S. plays bottom-of-the-table Qatar, and while a draw would certainly be enough to guarantee passage to the Round of 16, a commanding win could yet see the USA win the group.