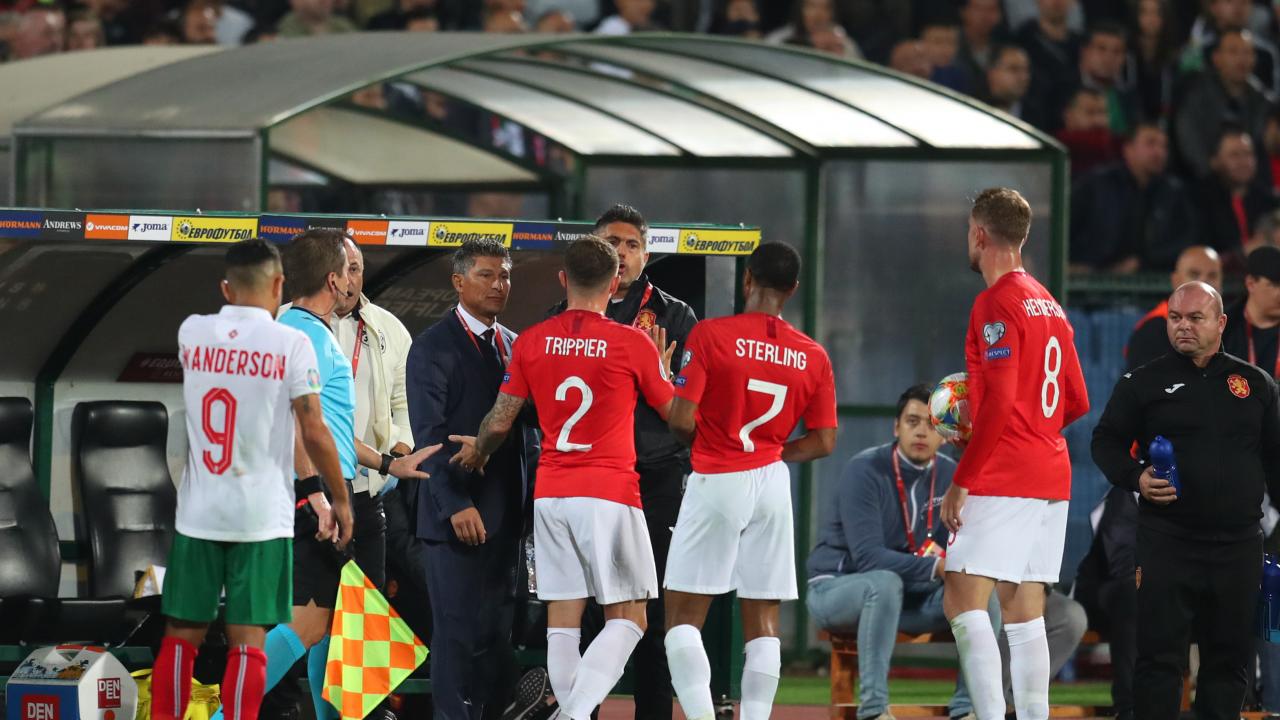 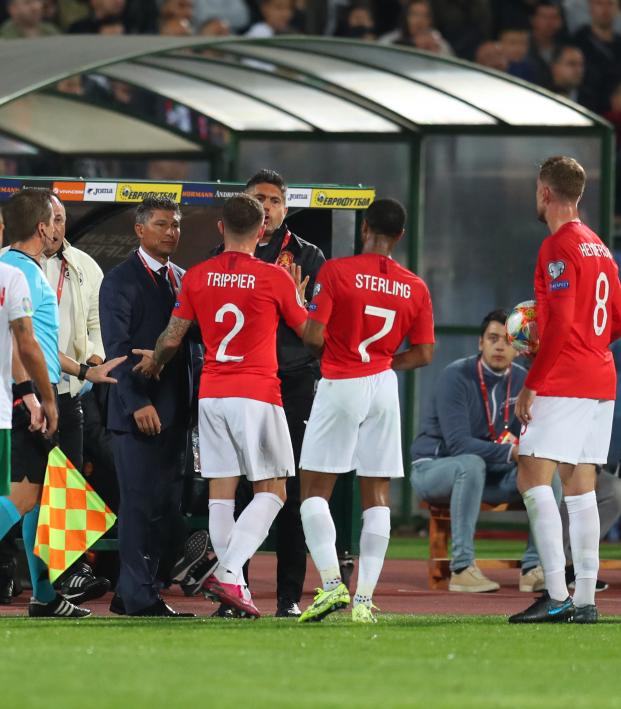 Brad Homeyer October 29, 2019
After a stated 'crackdown on racists,' UEFA failed to uphold its promises and let Bulgaria go with a slap on the wrist.

UEFA has, once again, failed to punish racism.

Bulgaria captain Popov begged supporters to stop the chanting at halftime and England decided to stay on and play.

UEFA’s punishment to the Bulgarian FA was decided Tuesday.

The verdict? An $83,000 fine and two-match stadium ban. And they are required to hold up a No-To-Racism sign at the next match.

The English FA acknowledged that the decision was made but was clearly unhappy with the punishment.

[1/5] Following today's ruling by the independent UEFA Control, Ethics and Disciplinary Body [CEDB], we have issued the following statement:

"We sincerely hope the disgraceful scenes in Sofia are never repeated. pic.twitter.com/7c2CEjBNUy

Executive FA Director Piara Powar said: “We think that the evidence and circumstances of this match would have justified European football being given a stronger signal on the need to tackle racism. Obtaining justice for racist acts is not easy in any setting, it is clear that football is no exception.”

Anti-Racism organization Kick-It-Out said: “In our view, UEFA have missed an opportunity to send an uncompromising message on racism and discrimination. The current sanctions, however 'tough' UEFA think they may be, are clearly not working and leave victims with little faith in their ability to prevent abusive behaviour. ... We feel UEFA's entire disciplinary process in response to racial discrimination should be overhauled, and urge them to explain the decision-making process behind their sanctions for incidents of discrimination.”

UEFA is yet to make a statement on the matter. What an absolute joke of a governing body it is.