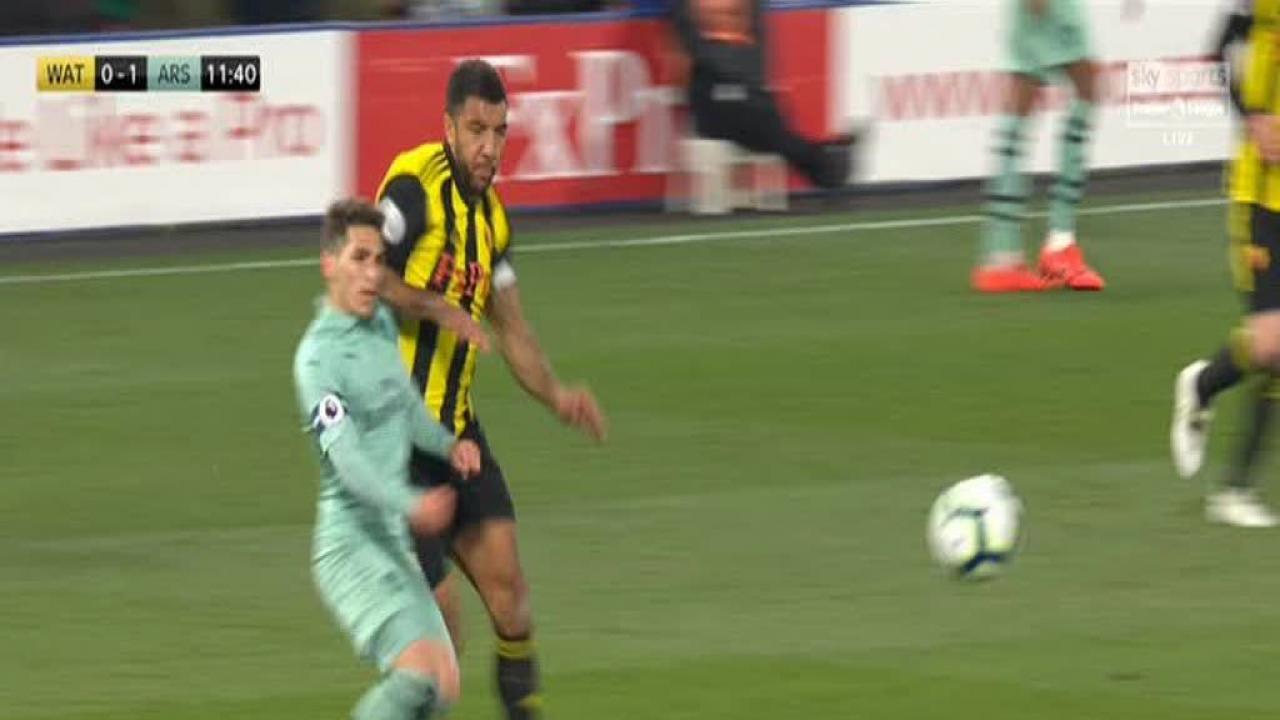 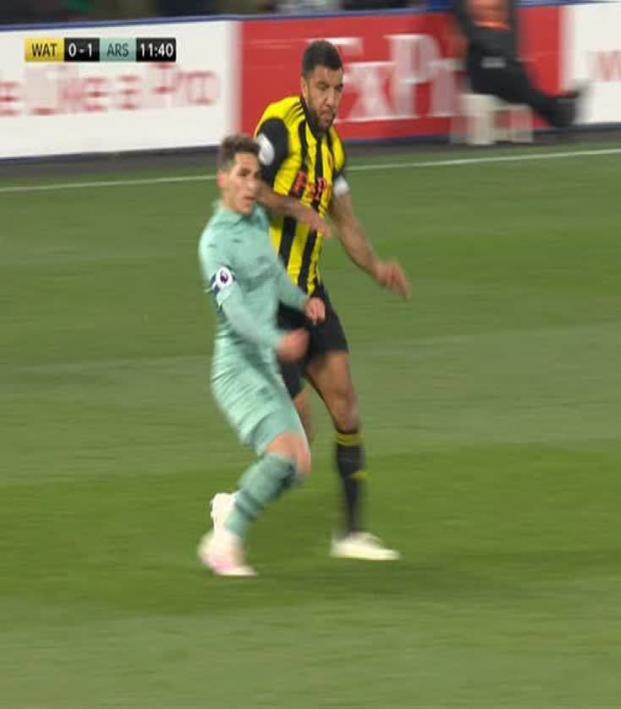 Troy Deeney Is Sent Off For Staying True To His Word

October 14, 2017: Watford are fresh off defeating Arsenal 2-1 thanks in part to a Troy Deeney penalty, dropping the Gunners to eighth in the table. Deeney was scathing in his assessment of Arsenal after the match.

“I’ve heard Wenger’s already blaming (the penalty decision) as the reason why they lost. I’m not going to be the one to tell Mr. Wenger about himself, but there’s a reason why they lost and it wasn’t because of one penalty. I’ll have to watch what I say. It’s (having) a bit of cojones, a bit of nuts.

“Whenever I play Arsenal, I’ll go up and think, ‘Let me whack the first one and see who wants it.’ … For me as a player I just think, ‘Happy days.’ That’s my strength. I know I’m not technically gifted like they are, not as quick, but if you want to fight with me, I’m gonna beat you all day.”

April 15, 2019: Before Deeney can really whack anyone, Watford are trailing Arsenal 1-0 in the 10th minute because of this Ben Foster error.

Now it’s time to whack someone. One minute after the goal, Deeney is sent off.

Troy Deeney sent off for elbow to the face of Torreira. What a fool. #WATARS pic.twitter.com/2nHbO0MKmg

He even gave Lucas Torreira some of the Matt Miazga treatment.