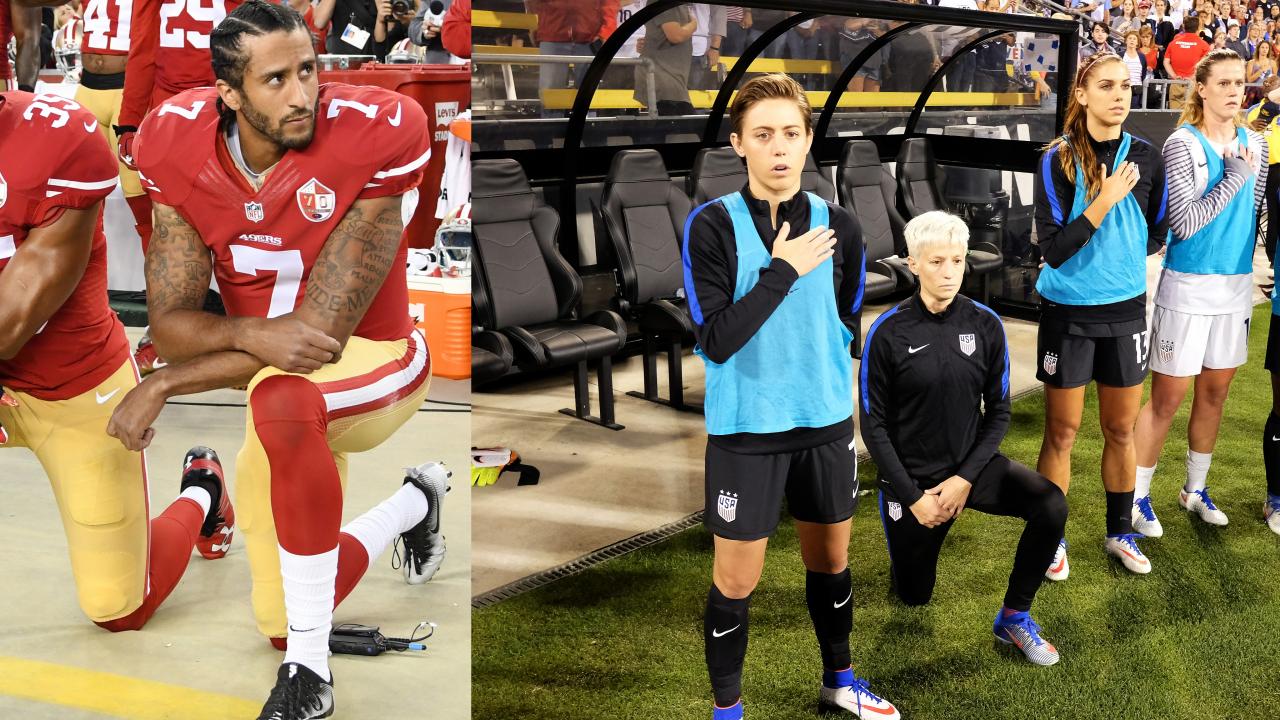 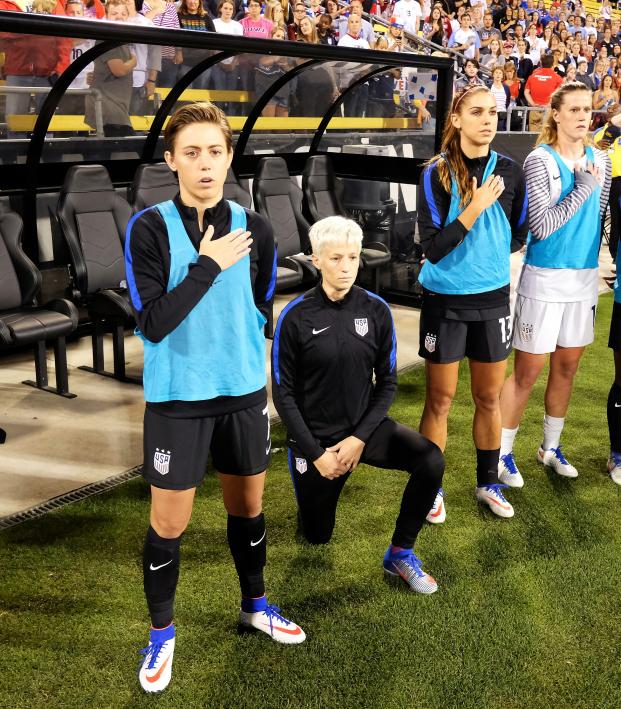 Travis Yoesting June 24, 2020
Tulsa Athletic of the National Premier Soccer League won’t have anyone kneeling for the ‘Star-Spangled Banner.’

Ever since Colin Kaepernick, Megan Rapinoe and many more athletes chose to kneel for the “Star-Spangled Banner,” sports leagues have struggled with how to balance respecting one’s right to protest with the feelings of fans who believe one’s freedom of speech should be suspended during the national anthem.

The NFL blacklisted Kaepernick for starting the trend. One NWSL owner played the national anthem before players were even on the pitch. U.S. Soccer instituted rules requiring players to stand for the anthem before matches.

As Black Lives Matter protests continue across the country (yes, they’re still ongoing, even if most national media don’t pay attention because they’re peaceful), sports organizations have begun to rethink their stance on anthem protests. The NFL admitted it was wrong with how it treated players who were protesting systemic police violence and white supremacy. U.S. Soccer repealed its anthem policy. A statue of Francis Scott Key, who penned the “Star-Spangled Banner” while owning slaves and defending slave-owners’ rights, was recently toppled in San Francisco.

One club in the heart of the country has gone a different route — change the tune.

Tulsa Athletic, which competes in the semi-professional fourth-tier National Premier Soccer League, announced it would no longer play the “Star-Spangled Banner” before matches, instead replacing it with “This Land Is Your Land” by Woody Guthrie.

Official Club statement regarding our announcement of playing Woody Guthrie’s “This Land” before home matches.

Tulsa Athletic explained the decision in a news release on Thursday, saying the club’s mission is to create an inclusive community through soccer. The club pointed to the third verse of the poem — which reads “No refuge could save the hireling and slave / From the terror of flight or the gloom of the grave” — as a reason the club could not continue playing the song, adding that it does not represent or unite the club’s diverse players, fans and community.

“From our beginning, we have developed a culture of inclusion and acceptance at Tulsa Athletic,” said Sonny Dalesandro, co-owner of Tulsa Athletic. “We live in a country that allows us to freely speak our voice. We utilize this right as a club to continually try and improve our team and community. We believe ‘This Land Is Your Land’ not only captures a powerful patriotic sentiment, but that it does so in a far more inclusive way. The song speaks to this country being built and shared by every person of every race, ethnicity, religion and sexual orientation. It represents a future Tulsa Athletic is committed to striving for.”

Like all soccer in America, the NPSL shut down for the novel coronavirus pandemic in March and has yet to return. Tulsa Athletic said it will kick off this new tradition in an Equality Cup match against Minneapolis City SC at Veterans Park in Tulsa but did not give a date as to when that match will take place.

Minneapolis and Tulsa have been at the center of recent events, with George Floyd’s slaying that sparked widespread protests occurring in Minneapolis while President Donald Trump held his first rally since the start of the pandemic in Tulsa on Saturday.

Have a moment? Give @AlexiLalas’s take on our decision to drop “The Star-Spangled Banner” in favor of Woody Guthrie’s “This Land”. #TTID https://t.co/RlzlozFY79

If you support Tulsa Athletic’s decision to not play the “Star-Spangled Banner” before matches, you might also be interested in their sweet-looking Pride jerseys, available on the club’s website. And if you’re wondering why the national anthem is played before U.S. sporting events and not in Europe, we delved into the issue in this story.

Huge fan of these new jerseys from @TTownSoccer. I might get both of them. #TTID pic.twitter.com/Jox3YGQYl2