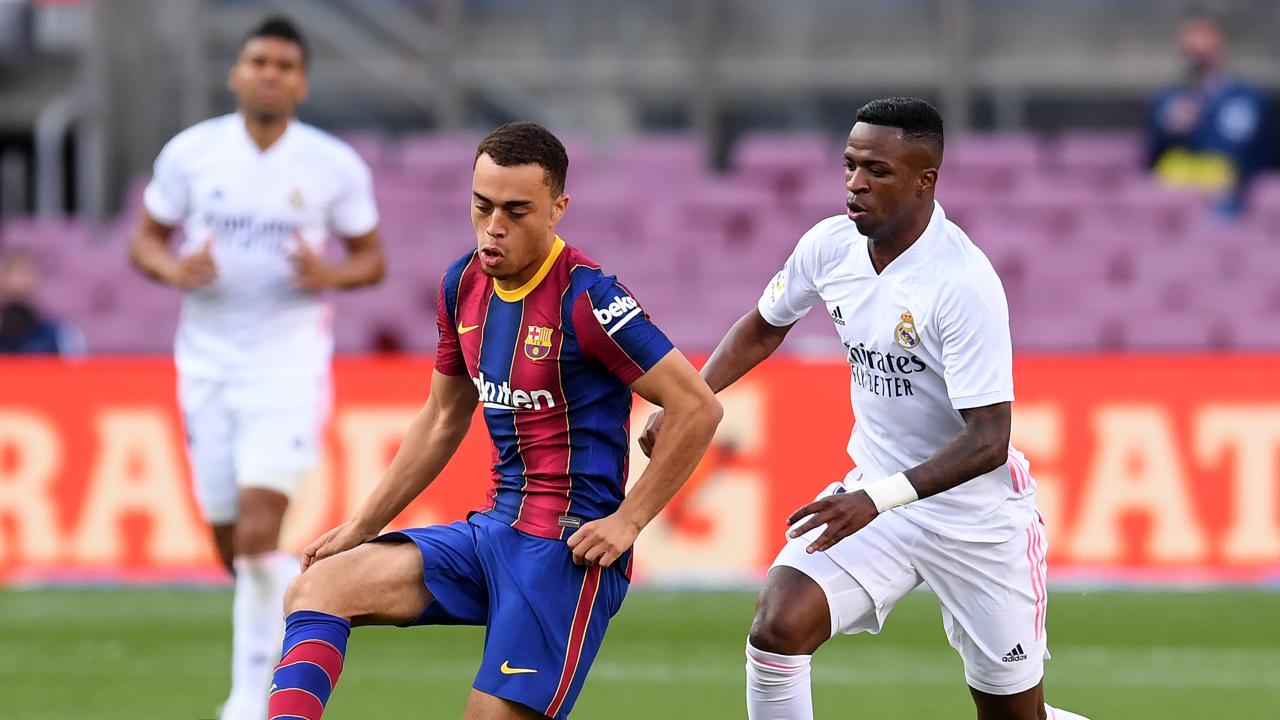 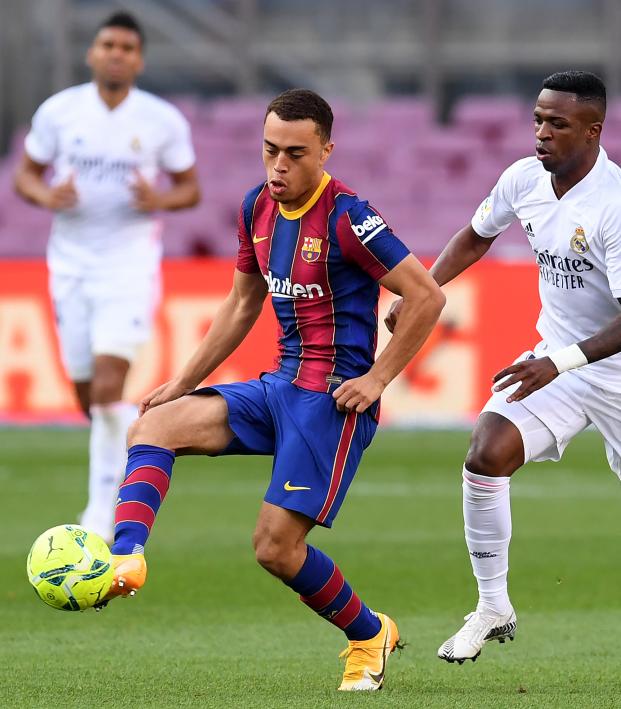 Travis Yoesting October 24, 2020
Despite the defeat, 19-year-old American Dest didn’t look at all out of place for Barcelona.

There’s no doubt Saturday’s El Clásico was an unusual one. For starters, no fans were allowed in the Camp Nou, as Covid-19 precautions are still keeping stadiums empty. Then there was the fact neither side came into the match among LaLiga’s top two teams in the table, with Barcelona all the way in 10th and Real Madrid coming off two straight defeats.

And perhaps most notably this side of the pond, for the first time ever, an American was playing in the match.

Real Madrid beat Barcelona 3-1 in a fast-paced, high-octane El Clásico on Saturday. All of the stars came out to play, with Lionel Messi and Coutinho looking their best for Barça (at least in the first 30 minutes), Fede Valverde and Casemiro controlling the midfield for Real and both goalkeepers coming up with huge saves. Sergio Ramos won the match with a VAR-awarded penalty kick before former world player of the year Luka Modrić put the game away late.

And then there was 19-year-old Sergiño Dest, the first American to appear in a Clásico, looking right at home on the game’s biggest stage.

For Americans who have been watching El Clásico for decades, there was a remarkable sequence on the beIN SPORTS broadcast early in the second half, one that made me appreciate the history of what was happening.

BeIN play-by-play man Phil Schoen suggested Dest isn’t quite on the level of a Christian Pulisic, Weston McKennie or Tyler Adams just yet, because he hasn’t proven himself at the top levels for a full season. Ray Hudson immediately interjected, saying why on earth not? He’s starting for Barce-fuckin-lona (my words, not his) against Real Madrid. That counts as world class in Ray’s book.

It struck me at that moment. Here is the biggest rivalry game in sports, with two of the best teams in the world going back and forth in a wildly entertaining match, and the announcers are focused entirely on U.S. players.

And for good reason. Dest was nearly impeccable playing right back for Barcelona.

Los Blancos clearly targeted his right flank as a position of weakness, which makes sense considering Gerard Piqué, Clément Lenglet and Jordi Alba were the other defenders. But none of Real’s offensive forays on Dest’s side came to anything dangerous, with the American rarely putting a wrong foot forward. His worst offense was a hand ball when a chipped pass caught his upper arm.

That’s not to say Dest was perfect, nor was he the best player on the pitch. But for a 19-year-old American who joined the team less than a month ago, it was a superb performance.

Dest didn’t get forward a ton, but when called upon defensively, he was responsible and solid. Barcelona started three teenagers, but only Dest played the full 90. Late in the match when Ronald Koeman needed to pull off a defender for striker Martin Braithwaite, it was Jordi Alba (on a yellow) who was yanked, not the Yank.

Here are all of the touches from Sergiño Dest vs Real Madrid on Saturday.

One of Dest’s biggest moments of the match came in the 36th minute. Pulled central by the flow of Real’s attack, Dest was able to scurry over to block an effort from Casemiro before quickly recovering to block Karim Benzema and deny a Real attack. A couple minutes later, he shuttled over well to cover Vinícius and shepherd the ball out of bounds for a goal kick.

In the 77th minute, with Barça pushing for an equalizer, a horrible pass from Jordi Alba was intercepted, giving Real a chance to break. But Dest deftly swooped in to steal a through ball and stop the attack.

One could argue Dest should’ve sacrificed himself by getting a red card using his hands to block Modrić’s late goal, but Ramos probably would’ve converted any penalty kick anyway, rendering the red card a waste.

Offensively, Dest provided a few enticing chips into the box, but nothing that resulted in a strong effort on goal. He had a chance in the 54th minute to chip in to Messi but instead played it wide to Ansu Fati, who found Coutinho at the back post only for the Brazilian’s header to go wide.

Perhaps Dest’s best attack came early in the second half when he danced around Ferland Mendy before Ramos had to take him out to prevent a return pass.

Dest wasn’t the best player on the pitch in El Cláscio on Saturday, but he wasn’t the worst either. The fact a 19-year-old American looked comfortable and not at all out of place in one of the world’s biggest games is not something I thought I’d ever say in 2020.

After the match, he spoke with reporters on the pitch.

“It’s my first El Clásico, and I’m just pissed that we lost.”

Now Americans will turn their attention to two other big matches on Saturday: Christian Pulisic against Manchester United and Gio Reyna in the Revier Derby against Schalke. This year has had a lot to complain about, but in terms of Americans playing soccer abroad, it’s been nonstop fun.