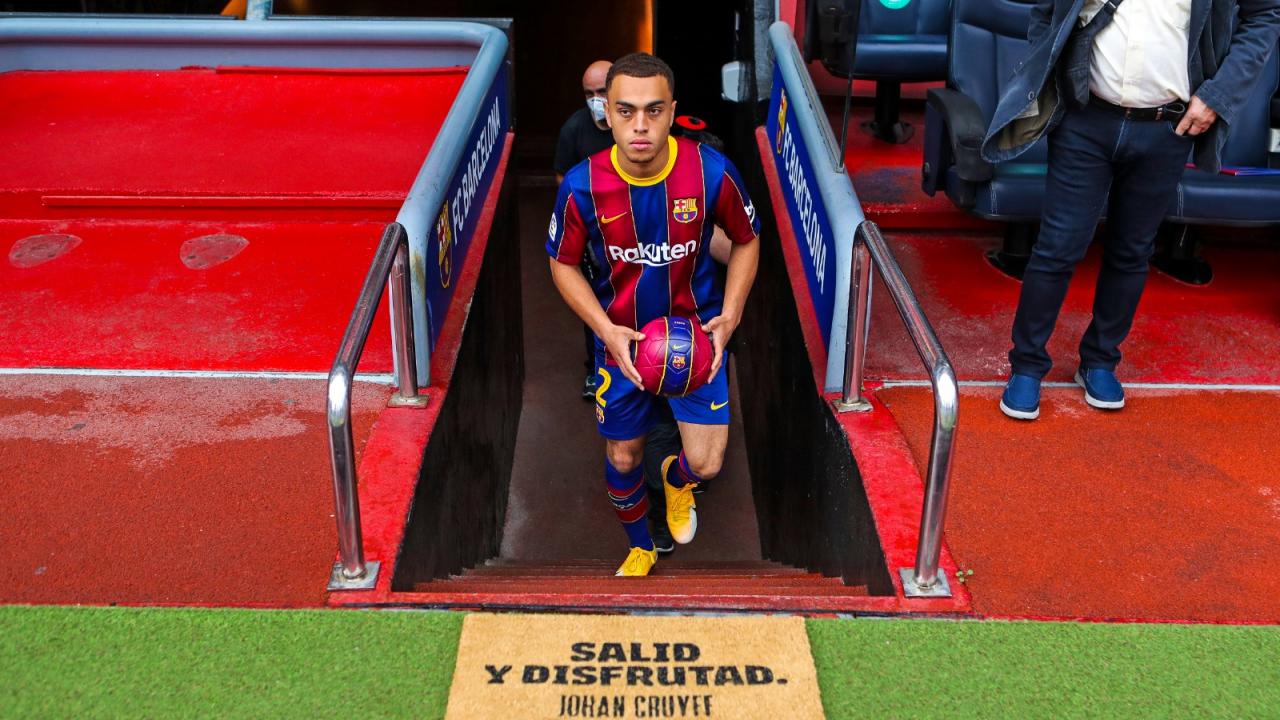 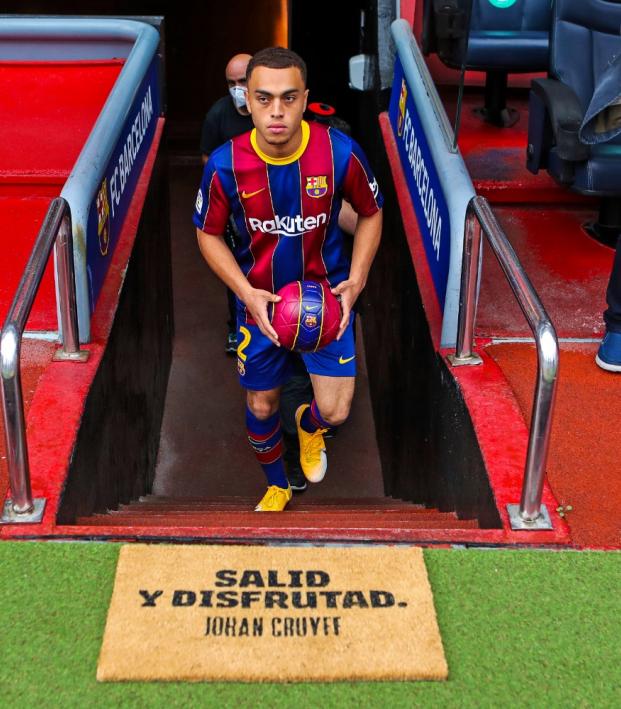 Did Dest Really Blow It On The Juggling Portion Of His Barcelona Unveiling?

Travis Yoesting October 2, 2020
The true measure of a player’s worth is how well he juggles at his unveiling, right?

There is no better evaluation of a player’s talent than how he juggles the ball in an empty stadium upon his unveiling at a new club — we’ve already proven this to be infallible. So, was Sergiño Dest juggling upon his Barcelona introduction really as bad as the internet wants you to think? Is the American teenager a fraud?

Google Sergiño Dest on Friday, the day of his unveiling at Barcelona and you’ll come across countless stories, videos and images of the 19-year-old fullback failing to successfully complete a juggle at Camp Nou. Videos like the ones below make it look like this guy has never kicked a ball in his life.

Plenty of people have mocked the American for his failure, as if Ousmane Dembélé, Theo Hernandez, Marco Asensio and Cristiano Ronaldo before him haven’t failed to properly keepy uppy. As if even the best freestylers don’t always get it right on the first try.

But let us not forget the words of Barcelona and Dutch legend Johan Cruyff.

“Technique is not being able to juggle a ball 1,000 times,” he said. “Anyone can do that by practicing. Then you can work in the circus. Technique is passing the ball with one touch, with the right speed, at the right foot of your teammate.”

So who cares if these videos of Sergiño Dest juggling make him out to be a total failure in that regard? Who cares that it was raining, less than ideal conditions for juggling on a grass pitch? All that matters is what he can do in an actual game.

The rain added some difficulty, but @sergino_dest showed what he’s made of. pic.twitter.com/kYrn0YTcYb

Oh wait, he can juggle? He’s actually pretty badass at it too?

Forget what we said before. These Sergiño Dest juggling videos prove the American is the next Messi, end of discussion.