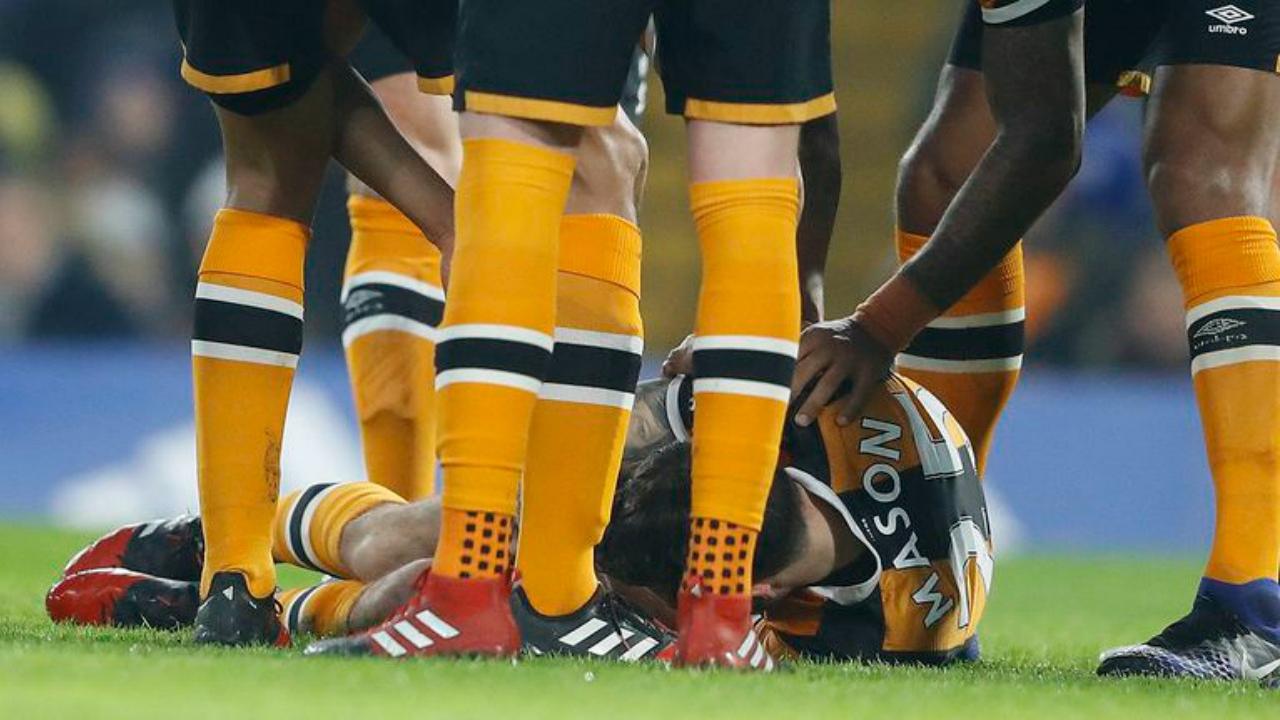 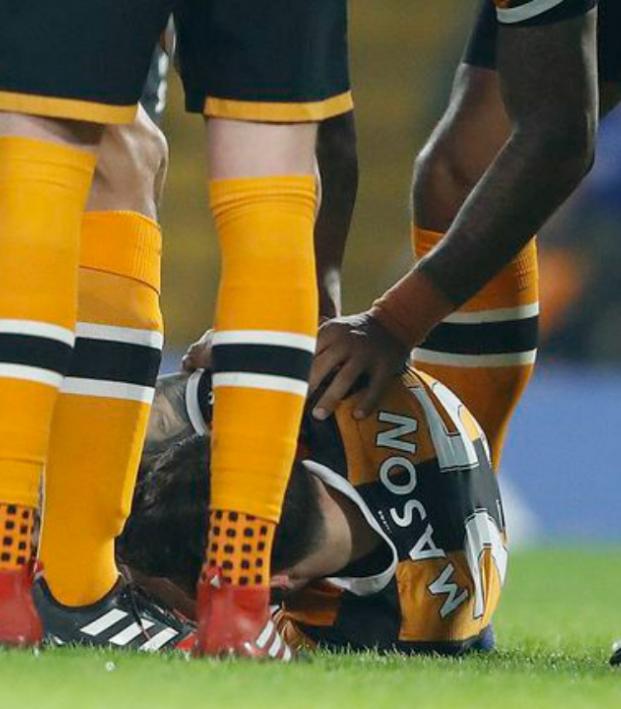 Connor Fleming January 23, 2017
Hull City’s Ryan Mason suffered a horrific injury after clashing heads with Chelsea’s Gary Cahill on Sunday, but the midfielder is in stable condition and speaking.

Ryan Mason’s club, Hull City, have confirmed that the midfielder is in stable condition and has been speaking at the hospital after fracturing his skull against Chelsea on Sunday.

Mason underwent surgery after a gruesome clash of heads with Chelsea’s Gary Cahill. Cahill was deemed fit to continue for Chelsea, but Mason was stretchered off while receiving oxygen to a standing ovation from Chelsea’s Stamford Bridge supporters.

“Ryan has been speaking of the incident yesterday and will continue to be monitored at the hospital over the coming days where the club will remain in close contact with Ryan, his family and the staff at St Mary’s.”

The response of the medical teams from both Hull City and Chelsea have been praised, along with the quick response from referee Neil Swarbrick and the Accident and Emergency department and Neurosurgery Unit at St Mary’s Hospital.

Along with the visit from Hull City members, Chelsea’s Cahill, club captain John Terry and assistant manager Steve Holland went to the hospital and spent time with Mason’s family.