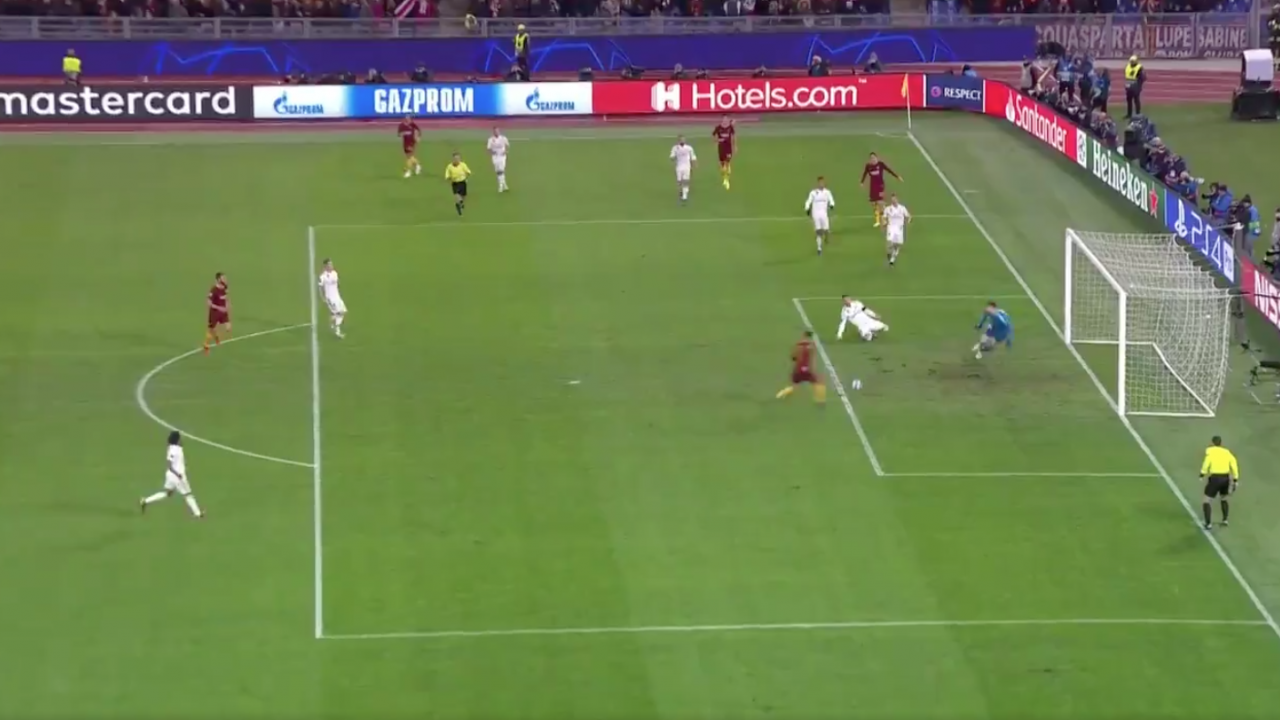 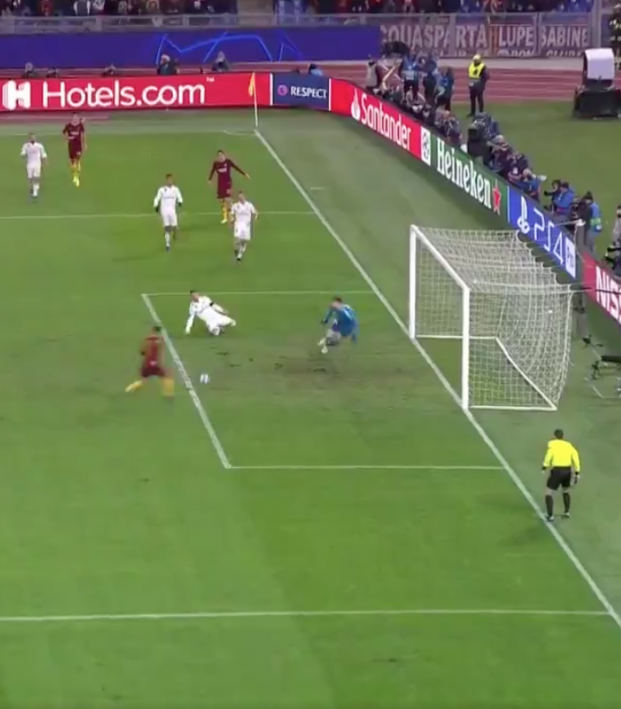 Travis Yoesting November 27, 2018
Real Madrid received two gifts from Roma on the way to a 2-0 victory in the Champions League.

Real Madrid has had its ups and downs — mostly downs — this season since the departure of what’s-his-name. Fortunately for Los Blancos, their biggest competition in the Champions League group stage is having an equally tough go of it this season, which was perfectly embodied by a pitiful AS Roma miss from close range on Tuesday in Rome.

Roma’s Cengiz Ünder missed what should have been an easy tap-in in the final moments of the first half and Real Madrid hit back with two goals in 15 minutes to start the second on the way to a 2-0 win to wrap up first place in the Champions League Group G.

Tuesday’s win was down to Roma errors more than anything.

Ünder is one of the top young players in Serie A right now. The 21-year-old winger has been a revelation at Roma with his playmaking and scoring abilities. But his miss against Real Madrid was the very reason the monkey-with-hands-over-eyes/see-no-evil emoji was created.

Late in a scoreless first half — in which Roma looked more likely to score — 19-year-old midfielder Nicolo Zaniolo sent a perfect ball across the box. Ünder was there waiting to tap it in to an empty net with Thibaut Courtois nowhere close.

Then Ünder did this.

Roma and Real Madrid are scoreless at the half. Watch the second half: https://t.co/N9MgDVjbf5 #UCL pic.twitter.com/OkwVna3wgs

The cross wasn’t particularly fast, nor did the ball appear to take any kind of bobble. Ünder simply misfired. It’s something we’ve all done before ourselves whether at practice or in a game, but doing so in a big Champions League match (about an hour after club legend Francesco Totti was inducted into the team’s hall of fame) is excruciating.

It proved to be a vital miss. Minutes into the second half, Gareth Bale took advantage of some sloppy play in the back to make it 1-0. A poor clearance from Robin Olsen was headed right back into the danger area by Federico Fazio where Bale was waiting, not offside because no Real Madrid player touched the ball.

About 12 minutes later, Real Madrid made it 2-0 through Lucas Vazquez.

Bale  Benzema  Lucas V.  back of the net

Does Roma have any fight left? Watch NOW on #BRLive: https://t.co/N9MgDVjbf5 pic.twitter.com/YsoHlcEPWx

Ultimately, the loss may not matter too much for Roma, which was playing without injured striker Edin Dzeko. Thanks to Viktoria Plzen’s surprise comeback win over CSKA Moscow earlier in the day, both clubs had already qualified for the Round of 16.

When you qualify for the knockout stages of the Champions League without even kicking a ball...
pic.twitter.com/MPDkIQa7sc

And now, for the sake of the Roma fans out there, here’s some eye bleach after that Ünder miss in the form of some Totti highlights.

A son of Rome, the king of Roma, and a legend around the world!
#ASRoma @Totti pic.twitter.com/6x3zVSjKwB