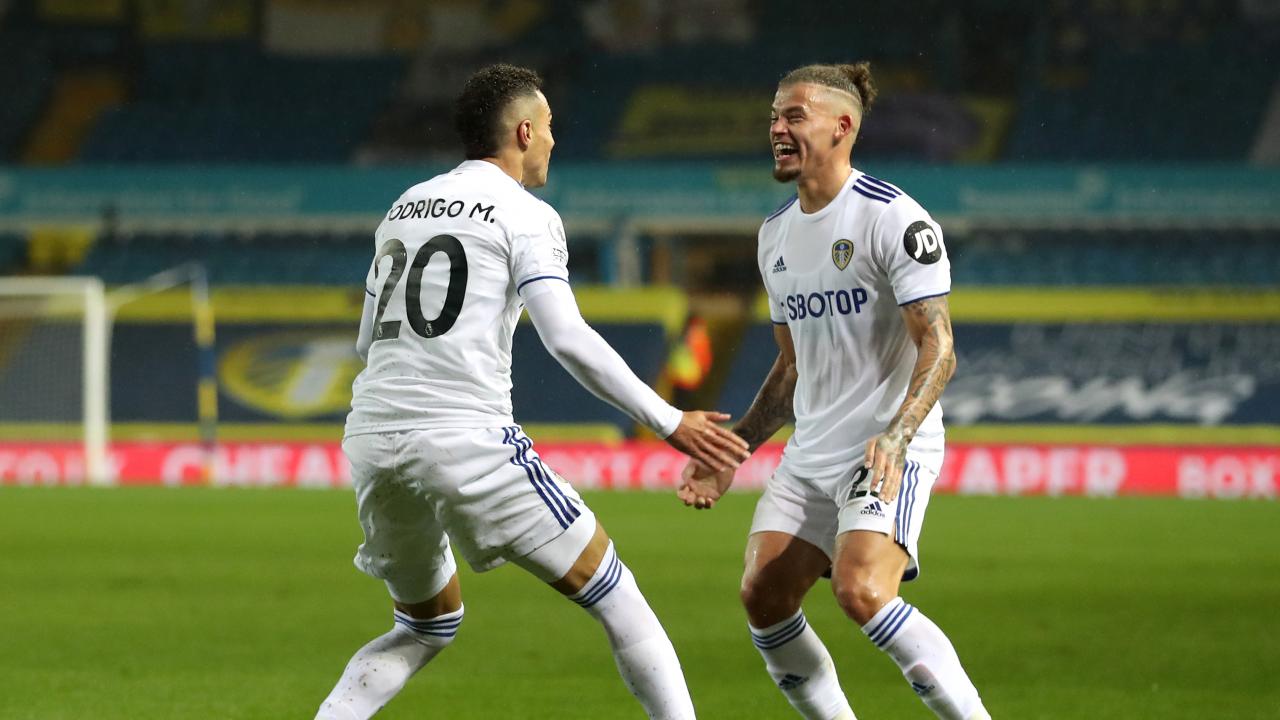 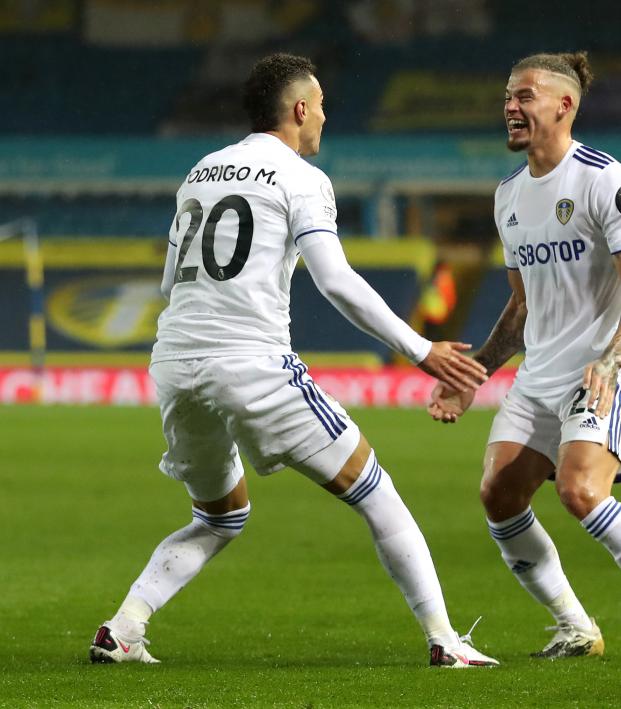 Reuters October 3, 2020
Leeds United once again proved it can compete with the best in a 1-1 draw with Manchester City.

LEEDS, England — Leeds United's Rodrigo Moreno struck his first goal for the club to earn a 1-1 draw at home to Manchester City in the Premier League on Saturday as visiting Pep Guardiola was denied victory against one of the men who inspired him to be a coach.

City's Spanish boss has often spoken highly of Leeds' Argentine coach Marcelo Bielsa, who Guardiola took advice from before going into management at Barcelona, with the two tacticians meeting for the first time in England.

City were dominant early on as they looked to quickly forget their shock 5-2 home defeat by Leicester City last time out, with Kevin De Bruyne almost opening the scoring with a clever free kick in the third minute — the post denying the Belgian.

Guardiola did not have to wait long, however, for his side to take the lead, with Raheem Sterling darting inside before firing home his first league goal of the season into the bottom corner in the 17th minute.

City continued to create chances, finishing the first half having had 12 shots at goal, but Leeds improved after the break, with Rodrigo pouncing on a mistake from City goalkeeper Ederson to equalise in the 59th minute.

The goal was Rodrigo's second Premier League goal and first since January 2011 when he scored for Bolton Wanderers while on loan — nine years and 272 days ago. It is the second-longest gap between a player's first two goals in the competition. Andy Johnson holds the record for the longest gap by four days.

2 – Rodrigo Moreno has scored his second Premier League goal and first since January 2011, nine years and 272 days ago. It’s the second longest gap between a player’s first two goals in the competition after Andy Johnson (9 years, 276 days). Wait. pic.twitter.com/djtLpn3zMC

Leeds even had chances to win, with Ederson tipping a goal-bound Rodrigo header onto the bar, but City weathered the storm. The result leaves Leeds in fifth place on seven points from four games ahead of City in 10th with four points from three matches.

"That was good, huh?" Guardiola said. "When both teams want to attack, it's a good game. We made an incredible first 30 minutes when we could have scored the goals we needed.

"It's not easy to play against them. They've showed how good they are."

In the pouring Yorkshire rain, City were unfortunate not to add to their total in the first half, with Leeds more than good value for the draw after the break.

"We had to put in an immense physical effort to be on even terms with City. We played our part for the game to be a beautiful one."