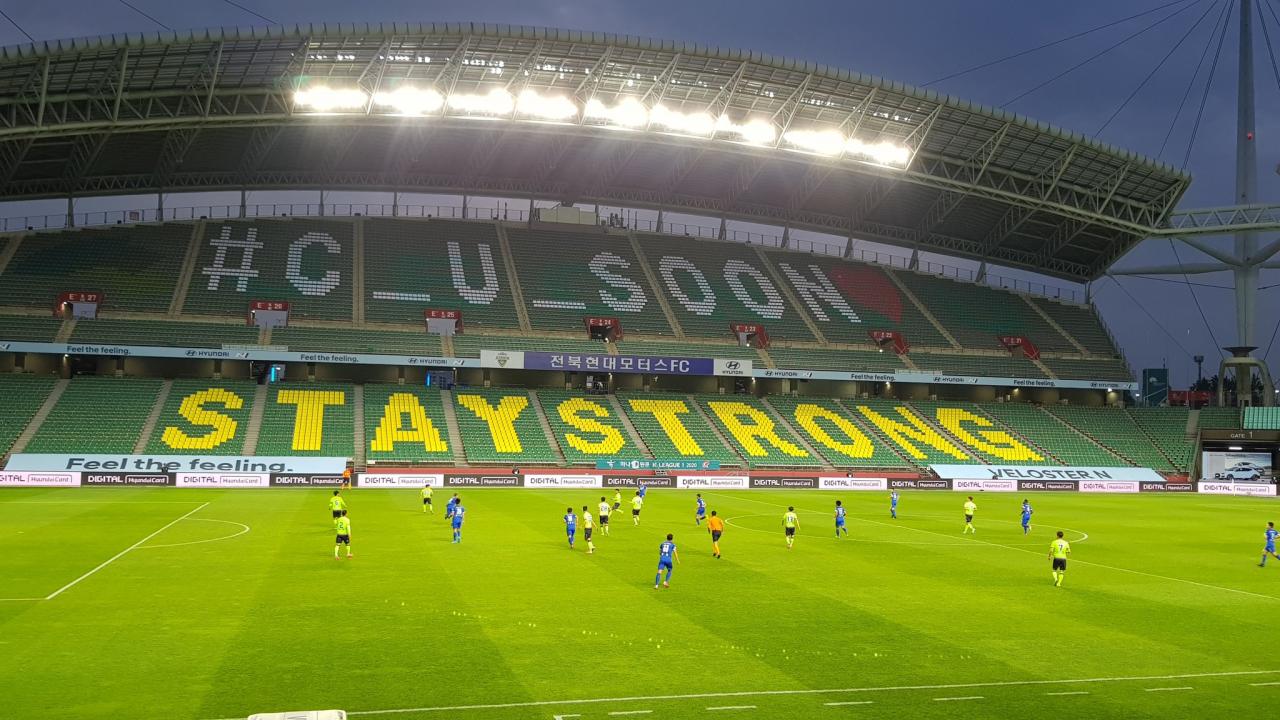 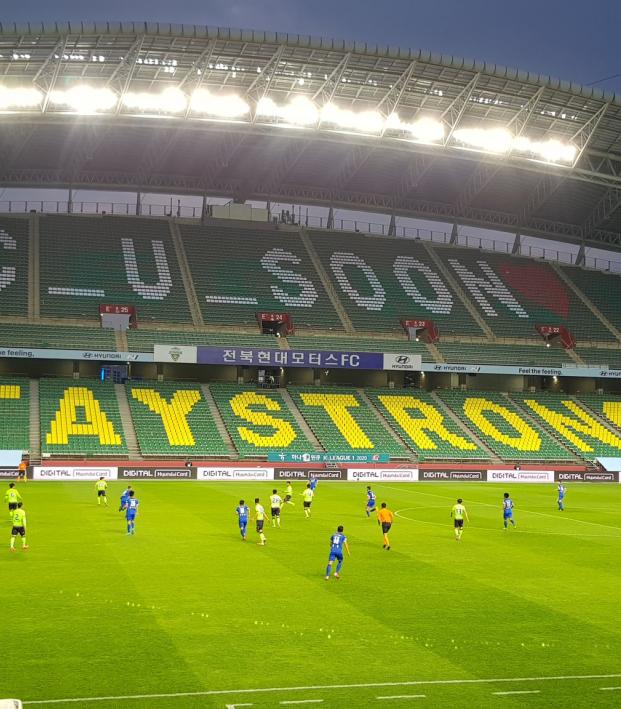 Travis Yoesting May 8, 2020
The South Korean league is back in action, a reminder of both past and future.

Sleepovers at my house, my teammates and I struggling to stay awake, debates over whether to set an alarm or just stay up all night.

A flood of fond memories from the summer of 2002 rushed back to me like the jolt of caffeine and sugar from guzzling Dr. Pepper for those middle-of-the-night kickoffs from far-off South Korea and Japan, my club teammates sprawled out on the floor of my parents’ house, most of us wide awake as soon as the USMNT appeared in its sleek Cool Motion Dri-FIT Nike kits, though some struggled to keep their eyes open.

While 18 years ago I was more than able to stay up for the 2002 World Cup, now in my 30s I was more like my eye-lid-challenged teammates of 2002 as the K-League returned to action on Friday morning. But damnit, we had soccer back, and that’s worth celebrating, whether or not I — like most in the U.S. — was awake for it.

The K-League began its 38th season on Friday evening in South Korea (6 a.m. ET in the States), and the footballing world rejoiced as a decent league returned to action for the first time since the novel coronavirus pandemic shut down almost all sporting events. Defending champion Jeonbuk Hyundai Motors faced off against Suwon Samsung Bluewings in the first competitive soccer match outside of Belarus and Nicaragua in nearly two months.

Friday’s match was a refreshing moment of respite from the non-stop deluge of death, economic destruction and heartbreak caused by the coronavirus. Perhaps you stayed up or woke up early for the match, though you’d be forgiven for having checked out of sports during this troubling time.

Until the Bundesliga returns on May 16, the K-League is the best live soccer you can watch in the world.

And it gives us an idea of what to look forward to when leagues in Europe and North and South America resume play, whether it’s next week or next year.

The K-League was able to begin its season on Friday because the country has been arguably the best in the world at battling COVID-19. Despite its relative proximity to China, South Korea reacted quickly, using testing and contact tracing to successfully limit the spread of the virus. Meanwhile, other countries, like the U.S., continue to ignore experts and scores of thousands are dying because of it.

Because of its effective response, South Korea is beginning to resume some semblance of normal life. This includes sports, with both the baseball and soccer leagues returning to action.

But it’s a new normal to which we’re returning.

Friday’s match between Jeonbuk and Suwon highlighted the new world we’re entering. There were no fans, substitutes and coaches wore masks and players were told to limit talking to each other and refs.

Assuming leagues across the globe take similarly appropriate precautions, this is how football will look for the foreseeable future, at least until a viable vaccine can be produced.

It will, no doubt, take time to become used to this new normal. But unprecedented times call for unprecedented measures. Having a non-essential game look slightly different is a small price to pay to prevent the loss of life.

On Friday, Jeonbuk defeated Suwon 1-0 on a goal from Lee Dong-gook, a 41-year-old legend who has played in England (Middlesbrough) and Germany (Werder Bremen). It was fitting to have a veteran player with a global résumé score the first goal as soccer begins to return, and the striker paid homage to medical workers while celebrating his late winner.

Live football is BACK! South Korean League returned today behind closed doors. 41 year-old legend Lee Dong-Gook scored only goal then celebrated by hand signaling his thanks to South Korean medical workers for their heroism during the pandemic   pic.twitter.com/CxX56ruMhZ

The K-League continues through the weekend, with the next match a doable 1 a.m. ET on Saturday, which honestly isn’t that much later than many Liga MX matches. (Might we interest you in a drinking game to go along with the match?)

While the South Korean league isn’t the best in the world, it’s really not bad at all, and any sort of football these days is a welcome sight. And it’s a nostalgic flashback to those late nights/early mornings 18 years ago when American soccer fans fought off sleep to watch the USMNT make its best-ever showing at a World Cup.